It will be years before Torontonians can look back and sum up police Chief Bill Blair's legacy. But with days to go in his 10-year term, he made a pitch for clearing one spot on it.

Chief Blair used his final appearance at the police's civilian oversight board on Thursday to fight back about a year-long battle over race relations and officers' practice of carding – defending himself against accusations that he was slow, stubborn, even insubordinate in relation to the matter.

Chief Blair won praise earlier in his term for speaking frankly about racial profiling, but his last year was marked by a faceoff against the Toronto Police Services Board over carding – stopping people who are not suspected of a crime and sometimes taking down their personal information. It is thought to affect minorities disproportionately.

The board created a policy to limit the practice last April, but Chief Blair did not implement the changes. He suspended carding in January until the police service and the board could jointly devise a new policy – which they did, passing it at Thursday's meeting.

But Chief Blair said in an unprompted speech at the meeting, mostly directed at board chair Alok Mukherjee, that the law was on his side the whole time, even as he was painted as the enemy. Mr. Mukherjee had been quoted in the Toronto Star as saying formal action against the chief over his failure to comply with the policy was an option.

"It's most unfortunate the way in which your remarks have perhaps been mischaracterized, but certainly left a false impression to people that you believe I was insubordinate," Chief Blair said. "I wanted to give you an opportunity to clarify that."

Chief Blair also had a counter-accusation: He asked Mr. Mukherjee to confirm publicly that the board had privately received legal advice last year that it was overstepping its jurisdiction in creating the policy without involving the police force.

"I suggested that you seek guidance from the ministry," he said. "My understanding was that you did that, and you received certain information, and that information was consistent with what I had suggested to you, that it was not in its form at that time a lawful policy."

When asked later if the board had indeed received such legal advice, Mr. Mukherjee said, "Enough talking for today." Frank Addario a lawyer for the board, could not be reached for comment.

During the meeting, Mr. Mukherjee quickly acquiesced to the chief's demand to clear his name of any insubordination charge, saying he had never accused him of insubordination, "and there was none."

Chief Blair's term ends on April 25, and he has not announced his future plans. He has been approached by federal political parties to run in the election expected later this year.

The policy passed on Thursday was announced in late March, and it upset civil rights advocates and many in Toronto's black community, who preferred the board's 2014 version.

The new policy allows carding to continue with few of the restrictions the board wanted. The board's policy had required officers to give the people who are stopped receipts that record the interactions. The new version requires officers to give them their business card.

Chief Blair's account of the legal opinion surprised those who have been following the issue. A member of the Toronto Police Accountability Coalition who attended the meeting asked for written proof, calling the information "stunning."

Provincial board appointee Marie Moliner put forward a motion to restore the board's policy, and she and Councillor Shelley Carroll voted against the new policy.

On Thursday afternoon, former police board vice-chair Michael Thompson circulated a letter signed by 15 city councillors opposing the proposed reforms, and urging the board to go back to last year's policy.

However, Mayor John Tory, who joined the police board in December, said he sympathized with Chief Blair's delays last year. Many said he should have just ordered his officers to do what the board wanted, said Mr. Tory.

"That can happen, but it's my experience in every single capacity that I've had as a father, as a colleague, in business and elsewhere… you can order people to do things, and you'll get a degree of compliance when you do that, but it'll be insincere and incomplete because people are being ordered to do something." 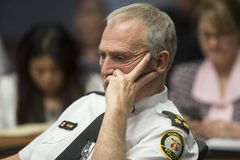 Saskatchewan police reformer a contender for Toronto’s next chief
April 16, 2015 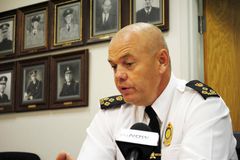 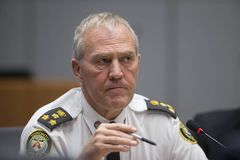