Toronto police now consider Bruce McArthur an alleged serial killer, saying that during a span of several years, the white-haired landscaper murdered at least five men and buried dismembered human remains in a backyard in a quiet residential area.

Grim-faced and with hands cuffed behind his back, Mr. McArthur appeared briefly in court on Monday and was charged with three more counts of first-degree murder in addition to the two murder counts filed against him 10 days ago.

The police search has expanded to about 30 properties around Toronto and elsewhere in Ontario.

The scope of the case is unprecedented, homicide Detective-Sergeant Hank Idsinga told reporters. "I've seen large-scale investigations before, with dozens and dozens of officers working on them. We've never seen anything like this with the number of crime scenes."

The latest charges are in connection with the deaths of Majeed Kayhan, 58, Soroush Mahmudi, 50, and Dean Lisowick, 47.

Mr. Kayhan was one of three gay men whose 2012 disappearance was investigated by police with no success. He, as with the other two victims named on Monday, and Mr. McArthur, all have connections to the area of Church and Wellesley, Toronto's gay village.

Mita Hans, who runs a program feeding homeless people near the village, recalled seeing Mr. Mahmudi at a coffee shop on Church Street. She and others remembered Mr. Lisowick as a homeless person who was often seen panhandling in the village.

The latest charges again threw a spotlight on the police response to long-held fears that someone was targeting people in the village.

"That a serial killer went undetected for years, raises critical questions about vulnerabilities and the intersection of vulnerabilities that many members of our community experience," the village's community centre, The 519, said in a statement on Monday.

The Alliance for South Asian AIDS Prevention has questioned whether police began to devote significant resources to the case only after a white man was reported missing.

Police confirmed on Monday that dismembered skeletal remains of at least three people were found at the bottom of large garden planters in the backyard of a residence on Mallory Crescent, in the family-friendly Leaside area of east-side Toronto.

Investigators have yet to identify those remains, and cannot confirm whether they belong to the five known victims or others.

On Monday, a green tent remained set up behind the house surrounded by yellow police tape. Police had taped off a wide cordon around the house, and one cruiser was parked outside.

A neighbour, Parker Liddle, said Mr. McArthur used the garage quite often. "He left things in the garage, and then he'd be back and he'd be taking things out of the garage. Everything from plastic black flats of flowers to planters, more sizable containers. It's the same as the back of the house, coming and going, coming and going," Mr. Liddle said.

Karen Fraser, one of the owners of the property, told the CBC she had known Mr. McArthur for a decade as a friendly, helpful landscaper. "I was so horrified."

She said she and her husband had an agreement with Mr. McArthur under which he would cut their lawn and he could use their garage to store his equipment and flowers. During the summer, he would show up at dawn, with flowers, and would work until evening.

Police also have to check a dozen planters recovered from across the city. Investigators are reviewing scores of missing-person cases going as far back as 2010.

"We may find more people who were never reported missing," Det.-Sgt. Idsinga added.

As the investigation expanded, Toronto Police have dedicated hundreds of officers, 12 investigators and forensic and canine units.

Mr. Mahmudi was last seen on Aug. 15, 2015, near his home in suburban Scarborough. He was a painter by trade. Like another of the missing men, Abdulbaise Faizi, he was married but was seen in the village.

Both men had filed for bankruptcy just before their disappearances. According to the charge information filed in court on Monday, Mr. Mahmudi was murdered around mid-August, 2015.

Mr. Lisowick had no fixed address, and had not been reported missing. Police believe he was murdered between the spring of 2016 and the summer of 2017.

Terri Stevens, who used to spend time in the village, described Mr. Lisowick, who went by the nickname Laser, as a gentle soul beset by a crack addiction.

"He'd shy away from any drama. He wouldn't harm anybody," Mr. Stevens said of Mr. Lisowick.

With these new charges, police are alleging Mr. McArthur's crimes stretch as far back as 2012, when Mr. Kayhan disappeared.

Mr. Kayhan, who also went by Hamid, was well known in the village. Multiple members of the community said he was a regular at several Church Street bars and coffee shops, including some also patronized by Mr. McArthur.

One long-time friend of Mr. McArthur confirmed to The Globe and Mail that Mr. Kayhan pursued the accused on more than one occasion, and suggested that the two may have had a romantic relationship at some point.

Mr. Kayhan lived for a time at the City Park Co-op apartments on Church Street, the buildings from which Mr. McArthur was banned for two years after being convicted of assault in 2003.

Mr. Kayhan was reported missing by his son days after being seen at a family wedding. Police say he was last seen leaving his apartment building.

Outside the Mallory Crescent house, Mr. Liddle said he would often see Mr. McArthur at the residence doing minor landscaping work. "He cut the grass. He blew the leaves. I don't particularly recall seeing him do any serious gardening."

This had been going on for at least the past five or six years, Mr. Liddle said, adding that Mr. McArthur often had a younger man with him who appeared to be some kind of apprentice or helper, although Mr. Liddle didn't know his name.

With reports from Jill Mahoney and Stephanie Chambers 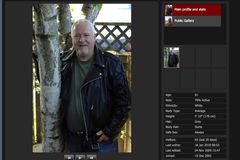 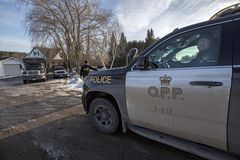 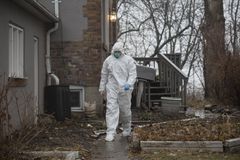