The head of the TDSB is proposing that educators look at how to improve access to specialized programs that would include the city's disadvantaged children, and also phase out applied-level or streaming courses in the early years of high school so that students don't fall behind.

The recommendations released on Thursday by John Malloy, the Toronto District School Board's director of education, are in response to a task-force report that looked at how to distribute resources more equitably. Dr. Malloy's report will go to trustees early next month.

Canada's largest school board is grappling with the issue so that students who come from socioeconomically disadvantaged households are able to access enriched learning opportunities.

The task force's early recommendations, released in the fall, received pushback from parents who were concerned that a move to create a more level playing field would also see some students lose out on opportunities. Parents of gifted students expressed frustration, for example, that the draft report from the task force noted that the program be "reformed," which suggested integrating gifted students into mainstream classrooms with supports, as opposed to congregated classrooms.

At one point, Dr. Malloy was forced to drop a proposal from the task force's report to phase out specialized schools, including ones focused on the arts, after an outcry from parents and students.

In his report, Dr. Malloy said he does not recommend phasing out specialty schools or programs, gifted programs or congregated school sites. But he said that the TDSB should examine its policies and practices to ensure it is not exacerbating or creating inequity. He noted that admission criteria to some programs and schools may not reflect the wide range of talents and skills students have and, as a result, they may be excluded.

"For example, arts programs may not recognize all forms of dance under current admission criteria," he stated.

Dr. Malloy added: "We will work to increase access and opportunity so that those programs are more reflective of the TDSB student population."

His report also said that the current streaming structure under academic, applied and essentials has led to inequitable outcomes for students. Dr. Malloy is proposing that over the next three years, the board phase in supports so that the "majority of our students" study academic-level classes, which are required for university, in Grades 9 and 10.

Research has found that students who study at the applied level in Grade 9 are less likely to graduate and streaming has led to inequitable outcomes for marginalized students.

By making the changes, it "is one significant way of addressing the inequity in educational outcomes and the achievement, opportunity and participation gaps that exist for certain groups of students in our system," Dr. Malloy said. 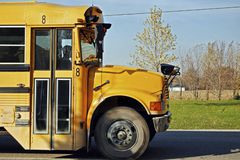 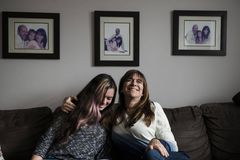 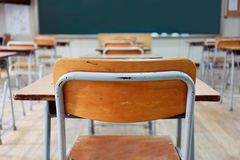