Police say a Toronto Transit Commission collector was robbed at gunpoint overnight at a subway station west of downtown.

Const. Victor Kwong says a male suspect walked into the Christie subway station at around midnight, when only only one collector was manning the station.

He says the suspect pointed a gun at the collector and demanded cash.

The collector surrendered an undisclosed amount of money and then fled into a nearby park.

The suspect is described as about 25 years old, wearing a black hooded sweatshirt, black pants and a bandana.

No injuries were reported and police do not believe the hold-up is related to the shooting of a TTC employee at Dupont station on Feb. 26, 2012, although that suspect is still at large. 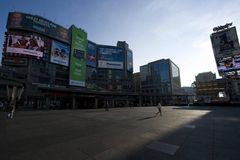 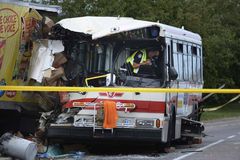