Adelaide Street was pretty much the yellow brick road for Toronto drivers this week.

With construction blocking parts of every other major road across the middle of downtown, the arterial was a godsend to frustrated motorists. Of course, it worked only if you were going east. And yesterday morning, adding to the problems, a police investigation closed several blocks of both King and Queen, west of Bathurst.

The result was a sort of vehicular obstacle course, as drivers had to zig-zag their way into the core, trying to avoid the multiple trouble spots.

Why is so much of downtown facing city construction at once? There are a variety of reasons: the city is devoting extra money to deal with a backlog of deteriorating infrastructure, some repairs are taking much longer than anticipated, the Pan Am games looming in 2015 have accelerated some projects and the condo boom is adding both residents and demands on city services. The upshot: motorists will have to get used to the kind of delays they saw this week.

On Tuesday came the shut-down of the intersection of King and Spadina, which is being torn up and replaced in a two-week project. Parts of Wellington were already closed because of hydro-related construction. Richmond is closed from Bay to York and one lane of Queen, east of Yonge, was also blocked because of work on the sidewalk. And the Union Station revitalization has long snarled movement on Front Street.

"We definitely have a lot more work this year than I've seen in a long time, if ever," said Jacqueline White, the Transportation Services director for the old cities of Toronto and East York.

And Torontonians should get ready for more of the same. Much of the road, transit and power infrastructure in the city is generations old, and some of the water mains are even older. But paying for the upkeep of these resources hasn't traditionally been politically sexy and for decades Toronto, like many cities, has not made enough improvements. Transportation resources alone – roads, bridges, sidewalks – are now facing a $338-million repair backlog, which doesn't include the massive cost of rehabilitating the Gardiner Expressway.

In an attempt to begin catching up, the budget for major road repairs increased by $15-million this year and will go up by as much again next year.

Over a decade, an extra $283-million is to be budgeted for this work, resulting in a lot more road reconstruction than residents have been accustomed to.

"You're looking at almost doubling to tripling the amount of arterial, or major road, work that's being done," said Stephen Buckley, general manager of the city's Transportation Services department.

Bad news – in the short term – for people who live downtown and for motorists navigating the congested core. But anyone who uses the roads in this city knows how many of them are in dire need of repair.

On the plus side, staff say they try hard to schedule the work to minimize disruption. They acknowledge, though, that's more an art than a science. And timing is always a work in progress – two projects currently underway weren't meant to overlap but an earlier job went long, forcing a re-scheduling.

"We were hoping to get the King-Spadina [intersection] done prior to the York Street intersections having to be done, but we weren't able to work it out," Ms. White said. Earlier work at Lake Shore Blvd. and Spadina Ave. was more extensive than city staff had anticipated, she explained, so the project a few blocks away at King and Spadina had to be delayed.

That juggling is the reality of road work in the city. There are only so many weekends suitable for construction, and local events often bring crowds that rule out certain dates. This weekend, for example, the TTC is going ahead with a shutdown of the subway south of Bloor to allow for major repair work, in spite of the road closings throughout the downtown and the fact that the Blue Jays are playing at home both days of the weekend.

"There is no perfect or ideal weekend in which to do th ese closures," said TTC spokesman Brad Ross, noting that last weekend was Caribana and a long-planned shutdown of Pape Station is starting next weekend.

Frustrated residents can at least take solace in progress on a historic lack of co-ordination that routinely had roads torn up and then re-opened only a few years later for another project. The Major Capital Infrastructure Coordination Office (MCIC) is a relatively new approach that allows city agencies to piggy-back on a project of a fellow agency.

Mr. Buckley explained that they map the work everyone wants to do, with projects assessed as being high, medium or low disruption. And then, in each district of his department, people known as "transportation work-zone coordinators" start to put together a schedule. These are the people who really know each area: the local events, the traffic flows, the likely impact of the work.

"They, at the start of the season, or even a season in advance, will start looking at these things and say, all right, this is a two-month project, we know that there's this festival on this street, so these guys have to either start in May and be out by June or they have to start in October and be done by December," Mr. Buckley said. "So they kind of get into that level of detail, of trying to figure out how much is going on at any given time."

July and August are the preferred city construction months, because traffic volumes are lower.

It's a lot of work – and it will continue.

"We're going to continue making the investment," said Denzil Minnan-Wong, chair of the city's public works and infrastructure committee. "We're an aging city, and for every road we fix there's another road that needs to be fixed." 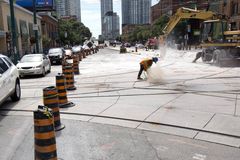 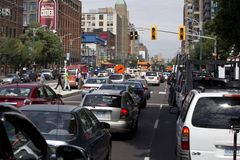 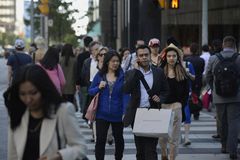 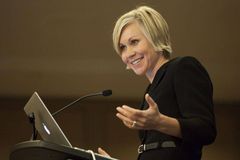 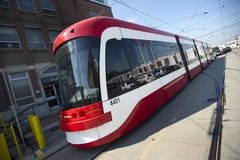 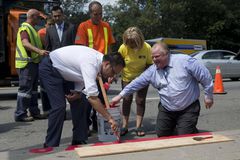 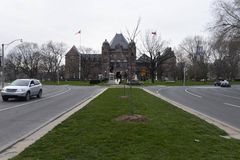 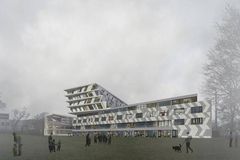