Toronto is one of the most successful experiments in coexistence that you will find anywhere. People come from all over the world to ask how the city has managed to absorb so many newcomers from so many different backgrounds with so little friction. Yet judging by some of the voices that have been ringing out in its streets, the city and its institutions are simply shot through with racism.

Try to deny it and you can be accused of racism yourself. To question the notion that our community is inherently racist is to confirm it. That is the trap that groups such as Black Lives Matter set for us.

The group – small, militant and unrepresentative – has just held a couple of weeks of protests. They started when authorities announced that a police officer who fatally shot a hammer-wielding man, Andrew Loku, last summer would not face criminal charges. Mr. Loku was black, but there is no evidence that race played any part in the incident. Black Lives took up the case regardless, setting up camp at police headquarters, protesting outside the home of Premier Kathleen Wynne and marching through City Hall chanting slogans about police racism.

Fair enough. No one questions the group's right to make its case as loudly, publicly and as passionately as it sees fit. What is more troubling is the official reaction. On Friday, city council passed a motion, one of the strangest in its recent history, calling for the provincial government to review policing in Toronto, and the agency that investigates police shootings, through an "anti-black racism lens." The motion echoed the language of Black Lives.

Then, on Monday, Ms. Wynne came out of Queen's Park to meet the Black Lives protesters face to face. "We still have systemic racism in our society," she told them. Ontario is even setting up an anti-racism directorate to deal with it. But what about "anti-black racism," a protester demanded. "Anti-black and beyond, absolutely," said Ms. Wynne.

Aha. You see. Even the Premier admits it. The protesters marched off in triumph and announced that, for now, their camp at police HQ was being wound up.

Ms. Wynne got some credit for braving the crowd and defusing the protest. Mike McCormack, head of the police union, doesn't see things that way. He says that by agreeing that racism is systemic, she has left a cloud over the whole police force. He has a point. Racism exists, no doubt, in the police force and elsewhere in our city. But the rhetoric of Black Lives, and politicians' supine response to it, leaves the impression that the city is positively rotten with it. That is a distortion of the truth.

Toronto remains a remarkably tolerant place, despite (perhaps because of) the successive waves of immigration from east, west and south.‎ It isn't denying the existence of racism to object to the notion it is epidemic. But denial, of course, is exactly what Mr. McCormack now finds himself accused of. "What inflames and creates tension between the public and police is when the police or any institution denies the reality," said NDP MPP Jagmeet Singh, his party's deputy leader.

Anthony Morgan, a lawyer at the African Canadian Legal Clinic, goes further. He writes that to speak as Mr. McCormack does is to "erase, displace and debase what the black community and its truest allies have come to suffer within our very souls: namely, traumatic histories and lived realities of anti-black racist policing. The tragic truth is that this kind of policing has seemingly rendered it permissible for Toronto police to continually take black life with impunity."

That kind of language seems wildly out of place in this city, but so goes the dance. Protesters confront authorities with a charge of racism. If the authorities confirm it in any way, it's a win. If they deny it, even better. Political leaders should stay out of the dance at all costs. There is no winning for them or for the city. 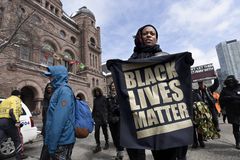 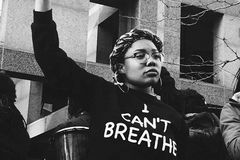