While strolling around Toronto's downtown core, surrounded by modern infrastructure and technology, it can be hard to see the deep history that lies behind various landmarks and monuments in the area.

The Truth and Reconciliation on the Streets of Toronto Tour – held recently as part of the 2017 Congress of the Humanities and Social Sciences at Ryerson University – aimed to raise awareness about areas in Toronto connected to Indigenous history. Participants in the walking tour were educated on the history of various landmarks in the vicinity of the Ryerson campus and their distinctive relationship to Canada's aboriginal community.

The tour was led by Jon Johnson, organizer for First Story Toronto and a professor at York University, and Karyn Recollet of the Women and Gender Studies Institute at the University of Toronto.

"I think the takeaway is really thinking about the ways in which people move together in this space that is Toronto, that is a very sacred and special place with all these long-lasting relationships and all these hopes for the future," Ms. Recollet said.

Among the highlights of the tour:

The area of Yonge and Dundas that most Torontonians have come to know as a central part of the city was once part of a major portage route used by Indigenous people. The Toronto Carrying Place was the most important First Nations trail in Southern Ontario and the main route connecting Lake Ontario with Lake Simcoe and the northern Great Lakes. The Carrying Place Trail was a vital trade route for the First Nations and also later by the French and English settlers.

Another stop along the tour was at a statue of Egerton Ryerson, a leading figure in 19th-century Ontario education and politics and the namesake of Ryerson University. Ryerson believed that education should be free, universal and compulsory, but he also believed in different systems of education for white and Indigenous children. His beliefs are known to have played a role in the establishment of the residential-school system. While Ryerson's reforms revolutionized education for white students in Canada, he recommended that industrial boarding schools be adopted for the education of Indigenous children as a means of assimilating then into European culture. According to the recent Truth and Reconciliation Commission report, during the years that residential schools operated across Canada an estimated 150,000 Indigenous children were forced into them. Truth and Reconciliation chair Justice Murray Sinclair has told the media that the TRC has documented the deaths of over 6,000 residential school students (out of 150,000)  as a result of their school experience over the years the residential schools operated.

The park is known as a meeting place for the Indigenous community in the city, with many nearby agencies and organizations dedicated to aboriginal causes. Northeast of the park on Carlton Street was the home of Dr. Oronhyatekha (Dr. O), who was a Mohawk physician, the CEO of a multinational financial institution and a notable figure in the history surrounding British colonization and the Indigenous community. Dr. O was also the first known Indigenous Oxford scholar and a strong voice for the rights of women, children and minorities. As a well-recognized figure in the Victorian era, he gave speeches on issues of Indigenous suffrage and social equity.

The tour ended on the note of reconciliation and how people living in Toronto can make an effort to learn about the important Indigenous history to be found at various points throughout the city. 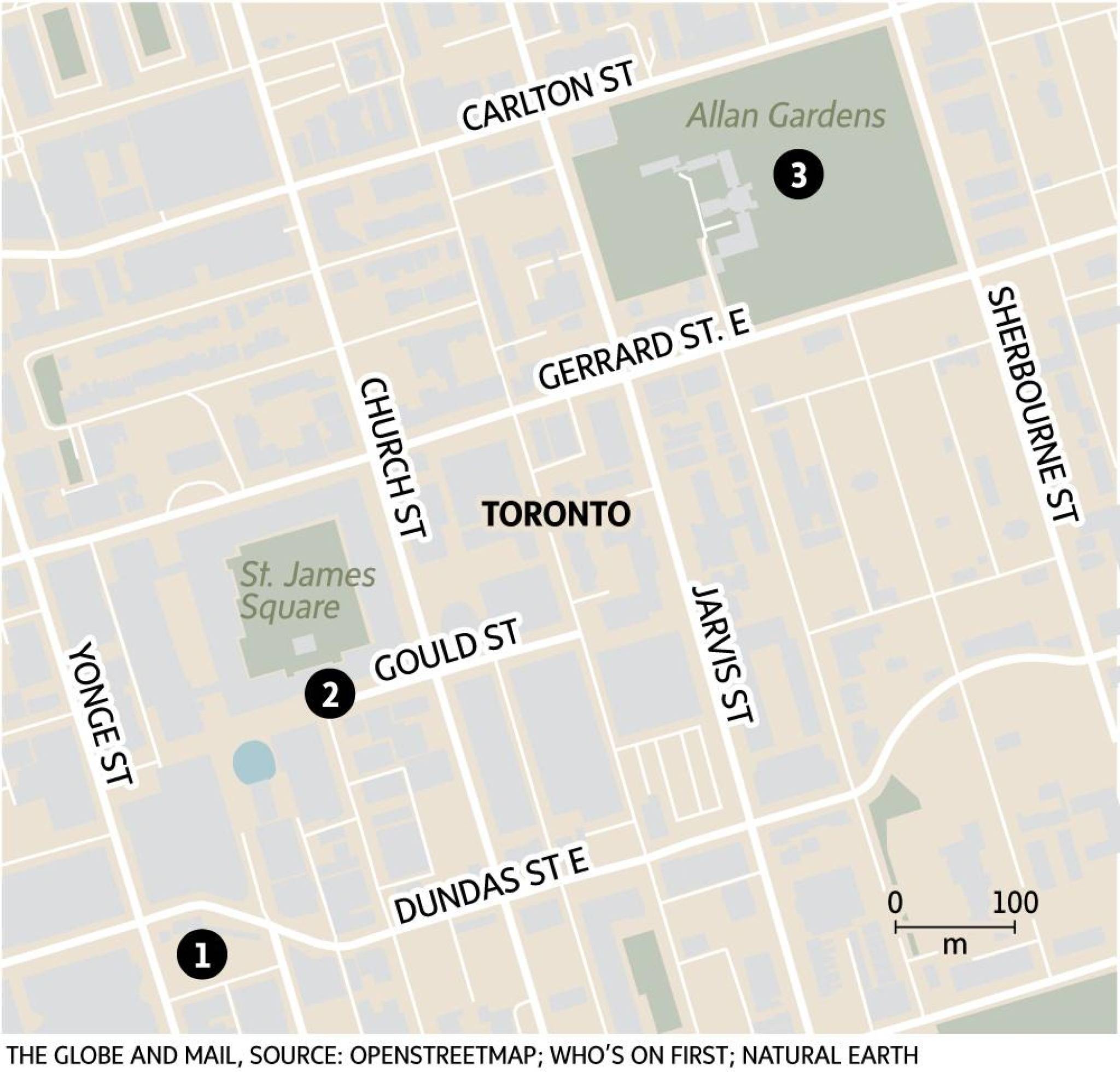 As Toronto’s housing market cools, some sellers face tricky situations
Subscriber content
June 9, 2017
Lake Ontario flooding seeps into downtown Toronto condo buildings
June 9, 2017
Striking workers reach tentative deal with Toronto Zoo
June 8, 2017
Follow us on Twitter @globeandmail Opens in a new window
Report an error Editorial code of conduct
Due to technical reasons, we have temporarily removed commenting from our articles. We hope to have this fixed soon. Thank you for your patience. If you are looking to give feedback on our new site, please send it along to feedback@globeandmail.com. If you want to write a letter to the editor, please forward to letters@globeandmail.com.
Comments