Saliva swabs and Breathalyzer tests may soon be added to a TTC operator's list of duties.

On Wednesday, the transit agency's nine-councillor board will debate the merits of introducing random drug testing for all vehicle operators as well as some managers and executives.

A staff report to the board released Monday recommends the measure largely because the transit commission's current Fit For Duty program, introduced in 2008, "has not fully addressed the alcohol and drug problem at the TTC."

Several recent incidents have focused attention on substance abuse among TTC operators. In August, a Lawrence Avenue bus slammed into a flatbed truck, killing one woman. Police later charged the driver with criminal negligence causing death and marijuana possession. In 2010, one TTC driver lost her licence for three days after a roadside breath test, and another bus driver faced impaired driving charges after witnesses spotted some erratic driving in the city's north end.

The commission's chair is on board with the recommendation. "The riding public wants to makes sure that operators are safe," TTC chair Karen Stintz said. "So I think it's incumbent upon us as a commission to make sure we are doing all we can do to make sure our operators are fit for duty."

The commission looked at a similar measure in 2008, eventually voting in a watered-down testing policy that applies only under three strict criteria: a) if a supervisor has reasonable cause to believe a employee is intoxicated; b) if an employee has been involved in an accident; and c) if an employee is applying for a position where public safety is at risk.

But since then, the substance-abuse problem at the TTC "has not improved," according to TTC spokesman Brad Ross.

The Amalgamated Transit Union has grieved the current policy. Union president Bob Kinnear said he would reserve comment on the new proposal until Wednesday.

The new policy would apply to most TTC employees reaching right up to TTC chief GM Gary Webster. Mr. Stintz told reporters she thinks the nine commissioners should also be subject to the proposed testing regimen – a combination of saliva swabs and breath tests rather than urine or blood tests, which can reveal long-term substance abuse and violate privacy laws.

"The commission has no interest knowing what the personal practices or habits are of employees," she said. "All we want to is that when an employee shows up for work they are fit for duty and fit to operate their vehicle."

The TTC would be the first transit agency in the country to impose mandatory drug testing on such a wide swath of its personnel. Currently, only transit agencies whose lines extend into the United States, such as Transit Windsor, carry out routine drug-testing on drivers. Federal law in the U.S. has mandated random testing for transit operators since 1995.

Former TTC vice-chairman Joe Mihevc, said he believes the new proposal constitutes a human-rights violation and that the value of testing is dubious.

"The evidence is very unclear," he said. "What you want in a safe job environment is people to be able to come forth if they have addiction issues that they are struggling with, you want to empower supervisors so if someone looks like they are impaired that they are stopped." 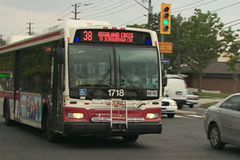 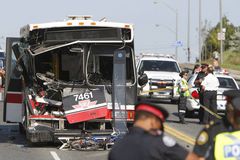