Panhandlers sit on every block of lower Bay Street, congregating with cardboard signs near the doors of glass skyscrapers in Canada's financial capital.

Rohinie Bisesar used to be one of the well-dressed thousands passing by. In an immaculate black suit and dress shirt, the MBA holder would go into the Starbucks on Yonge Street frequented by Toronto Mayor John Tory or set up at the Ritz-Carlton Hotel, working on her tablet.

But she acted oddly, according to those who encountered her during these years, giving out cards with the names of fake businesses and sometimes putting out a sign soliciting financial clients. She seemed penniless, ordering hot water and asking near-strangers if she could crash on their couch.

The truth was that Ms. Bisesar, 40, spent her nights much like the panhandlers did, sleeping on subway trains and in the maze of tunnels and shops beneath the financial district, where she had once worked. But, during the day, she strove to find her next job in finance: showering, laundering her single suit and reading about the economy.

Her charade ended just before 3 p.m. last Friday, when, police allege, Ms. Bisesar walked with a kitchen knife into a Shoppers Drug Mart in an underground concourse and stabbed a stranger, 28-year-old Rosemarie (Kim) Junor, several times in the chest with "no provocation." Ms. Junor, a recent bride, died five days later.

On Friday, when Ms. Bisesar appeared in court to be charged with second-degree murder, her lawyer, Calvin Barry, said he had not been able to assess his client's mental state or whether she understands what's going on, The Canadian Press reported.

But he said she is "very upset – she's like a deer in headlights."

Although many people say they noticed the deterioration of Ms. Bisesar, a onetime computer technician at York University, it was harder to know what to do about it. She was in hospital at one point, said one of the few friends who remained in touch with her in recent months. But she spoke about her homelessness as a rough patch, and if she realized she was struggling with serious mental-health issues, she never talked openly about it, York mathematics professor Trueman MacHenry said.

"It's very frequently regarded as kind of a nasty thing … it's not like having a bad cold or something. She never brought it up and I never suspected a thing," he said.

Dr. MacHenry, now in his 80s, met Ms. Bisesar when she worked at York in her early 20s, a self-taught tech whiz who fixed his computer. For the past two years, he has provided cash for her occasional coffee and food.

"She was very friendly, she was very good with people, she was bright," he said. "Everybody who knows about [the stabbing] at work feels very badly, and I almost had a nervous breakdown over it."

It is extremely rare for people with mental illness to become suddenly violent – so rare that it is nearly impossible to study the phenomenon, because the sample size is so small, said Robert Whitley, a psychiatry professor at McGill University.

But when it happens, it tends to be after the person has begun losing touch with the social and medical system, he said. People receiving care are no more dangerous than anyone else.

"One factor that we do often see is that people have been in treatment, and they've gotten out of treatment and … they've fallen through the cracks," he said. "And for one reason or another they get into a crisis."

Studies show that people working in white-collar industries often try to hide mental-health problems, he said. For good reason: It has also been shown that people receive fewer promotions when they are known to have a mental illness.

"Sadly, a lot of the public think that having a mental illness and being intelligent or being successful is incommensurable," Dr. Whitley said. "The research does show that as you become more professional and revolve in more highly educated circles, that a lot of effort does go into managing appearances and into concealment."

But if people avoid treatment, it can have "a sort of spiraling effect," he said.

Ms. Bisesar received her MBA in 2007 from York's Schulich School of Business, and, in 2010, she got a job at financial-services company GMP Capital, her friend Karl Gutowski told the National Post. She was in the job for only eight months.

In the following years, she racked up credit-card debt and was dumped by her live-in boyfriend, Dr. MacHenry said. That was when she got in touch, bluntly telling the professor she was broke.

"I tried to keep her from starving to death," he said. He took her for meals, the last just a couple of weeks ago at Jules Bistro, a French restaurant on Spadina Avenue. They would talk about politics and finance, and Ms. Bisesar explained her street life of sorts.

"She camped out in the lounge of the Ritz-Carlton, which was a little above my means," Dr. MacHenry said. She bought a gym membership downtown, using it as a place to bathe and sleep until staff asked her to stop. Then she tried sleeping on the subway, a dangerous situation that "she disliked very much," he said. Dr. MacHenry believed she slept in corners of the underground city and she told him she couch-surfed. The idea of staying in a shelter never came up: "She was kind of a patrician," he said.

He encouraged her to enroll in a city program to get assistance, and she finally did, receiving money this fall for rent and moving in with someone she knew. But "he came onto her, and I don't know if she moved out or what she did. She was angry," Dr. MacHenry said.

She never strayed from her daily routine, favouring the Starbucks at 1 Adelaide St. E. in recent months. She arrived early in the morning and stayed until closing at 6:30 p.m., said a man who works at the building. "She lived here."

Jenny Yang, who works at a financial consulting firm there, said Ms. Bisesar appeared one day to drop off her résumé – but seeking work that way is unheard-of at a boutique firm like that. Staff at another Starbucks location recalled her sitting at a communal table with a sign advertising financial-advice services.

Ms. Bisesar's parents, originally from Guyana, live near Woodbine Avenue and own a small shop on Danforth Avenue. They did not answer knocks at their door this week and are known locally as a private couple. Their next-door neighbour for 30 years said he never knew their names until their daughter was arrested this week.

Dr. MacHenry said she told him recently her family had thrown her out, but he learned this week they had tried to get her medical help and she had spent some time in a hospital. An aunt and uncle had also taken her in and tried to help her financially. Ms. Bisesar told friends she did not want to go back to the hospital, he said.

A message sent to the National Post this week from Ms. Bisesar's e-mail address apologized for the stabbing and asked for help finding professionals in "artificial intelligence, biotechnology, nanotechnology, satellites," military or government.

"Something has been happening to me and this is not my normal self and I would like to know who and why this is happening," the writer of the e-mail said. "I am sorry about the incidence. I felt the need to be extreme to see if it would work. I would normally not do such a thing."

On Friday morning, Dr. MacHenry sat quietly at Ms. Bisesar's court appearance as his friend, less than 100 pounds, was led before the judge.

He said that earlier this week, when he saw a police news release with Ms. Bisesar's photo, he thought his "worst fears" had come true and she had been killed. A friend said, no, she was the suspect. "And then I felt even worse," he said. 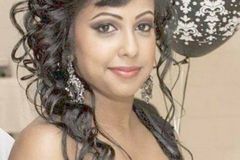 Police search for Toronto stabbing suspect as victim fights for her life
December 14, 2015 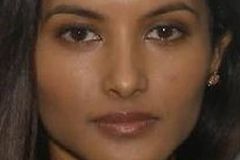