In 1898, the Toronto Publishing Company put out a social study of the youngish city by the lake. In Of Toronto the Good: The Queen City of Canada As It Is, author C.S. Clark marvels at the extravagant price being asked for a house on Charles Street. It was "not by any means a new house," then fetching just $16 a month in rent; yet, a real estate agent had the temerity to demand $3,200 for it. The carrying cost of a mortgage on such an expensive property would be ruinous, "and your chances of profit are only contained in the remote contingency of the property increasing in value."

It's hard not to wonder what that house would be worth now if it survived (Two million? Three? Four?), and what C.S. Clark would think about the stupid prices agents are demanding for a place to rest your head in the feverish April of 2016.

House prices have been climbing steadily in Toronto since 2000. The average price of a detached house passed $1-million last year, economic jitters be damned. An eight-foot-wide Victorian went on sale for three-quarters of a million.

This season, things are reaching a whole new level of nutty. As the spring real-estate rush gathers pace, there is a giddy (if you're a seller), desperate (if you're a buyer) feeling in the air. Quite ordinary houses are going for $100,000, $200,000 over the asking price. Bidding wars are commonplace. So are bully offers – when buyers come in early with a high bid that they hope will blow everyone else away.

Frenzy is right. Agent Andrew Cain says "it's as crazy as I've ever seen it." Everything he sells is going for 10 per cent or so above the asking price. People are making the buying decision of a lifetime in an hour or two. Foreign buyers are snapping up condos sight unseen. Buyers fear that if they don't get into the market now, prices will soar out of their reach and they'll never own a home in Toronto. Get on board the real estate train! It's now or never.

Torontonians are obsessed with real estate, even in calmer times. Now, everyone has a theory. One camp says that it all makes perfect sense: Interest rates are so low that even a monster mortgage is affordable if you have a decent income. Toronto and its region are growing, taking in tens of thousands of newcomers every year. The supply of land is limited, especially since provincial authorities imposed a green belt around the city. Toronto is a haven for overseas investors looking for a safe place to stow their money.

They make some points. The demand for housing is a sign of confidence in the city's future. People want to live here and will pay a premium for it. It's happening in big cities, from London to San Francisco – a big run up in real estate values as buyers seek a piece of the urban dream.

The other camp says that we're all doomed. What if the bubble bursts? What happens to all those people who have mortgaged themselves to the eyebrows if the value of their property falls? What happens to an economy that has been buoyed by the condo boom? What happens to a city government that relies heavily on swollen revenue from a land transfer tax to pay its bills?

They make some points, too. The end of a luge ride like this is never pretty.

The fact is that no one has a clue what's going to happen. Not those smiling real estate agents who tell you that you can't fail with Toronto real estate. Not those economists who say with practised confidence that real estate will go up another 10 per cent next year – or fall by 25. Real estate is, at root, like any other asset – gold, stocks, pork bellies. Prices go up. Prices go down. No one is ever quite sure about the when or the why.

Only one thing is certain: It can't go on like this forever. When C.S. Clark wrote about the city in 1898, it had just been through a real estate boom "when Toronto's sober population became land-crazy and speculation mad." Like many buyers today, Torontonians became convinced that what was happening would continue to happen, an old human inclination to see the present as a pattern for the future.

Many citizens were ruined by the subsequent collapse. Irrational exuberance turned to irrational pessimism. The notion that anyone would buy a $3,200 house in the expectation that it would rise in value struck the author as the wildest fantasy. "It is really comical some of the ideas people have of the value of their land." 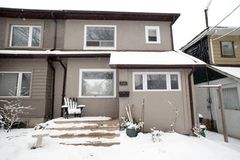 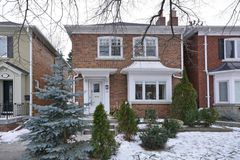 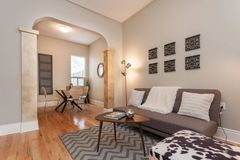