I’ve always envied historians the pace of their work. While they have decades, if not centuries, to identify and explain broad societal shifts and changing tastes, it’s left to the critics to try – and to too often fail spectacularly – to do that in real-time. So let me open this look back at 2015 with an assertion I can’t imagine the historians ever overturning: Eating in this city was more exciting, more varied and more delicious this past year than it’s ever been.

The city continued to fill in with extraordinary places both big and small. Patchmon’s, a tiny, exquisite Thai bakery and sweets shop (and the first of its kind in Canada) appeared at Bloor and Jane and pretty much instantaneously made that neighbourhood 500 per cent more tasty. And I went woozy every time I tasted one of the eclairs and cakes from Roselle Desserts, run by a pair of French-trained pastry chefs, at King and Trinity. Bang Bang Ice Cream & Bakery, on Ossington Avenue, got nearly as much attention for its perennial lineups as for its excellent ice cream sandwiches – all the same, I’d say they’re worth the wait if the weather’s half-decent. And whether you braved the ridiculous Uncle Tetsu lineups or gave them a pass, the company’s Japanese soufflé cheesecakes made Toronto an infinitely sweeter place.

The city got its first Detroit-style pizzas at Descendant, in Leslieville, as well as its first unequivocally excellent deep-fried pizzas at A3 Napoli, the Libretto people’s brilliant counter-service Neapolitan snack spot on College Street. (A prediction for 2016: The great pizza restaurant shakeout is on its way.) And though you could quite fairly describe my ongoing enough-with-all-the-fried-chicken campaign as “caterwauling,” I will admit in not-quite-rare-enough moments of weakness that the version at Bar Fancy really was extremely good. 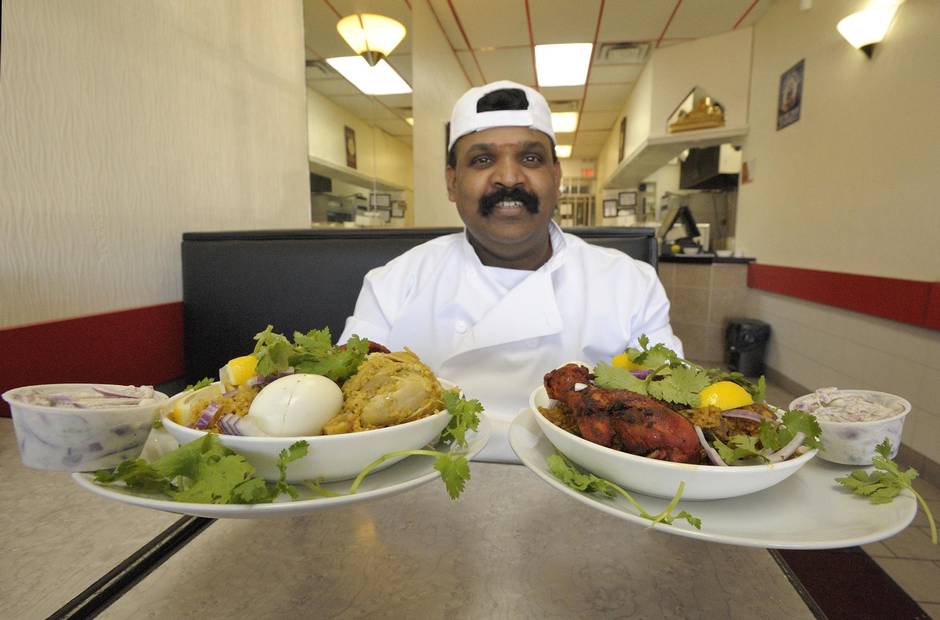 Anbu Panbarasan’s Dindigul Thalappakattu Biriyani is one the city’s best kept secrets. (J.P. Moczulski for The Globe and Mail)

Toronto’s rapid evolution from seafood backwater (with the notable exception of our oyster bars, which have been great for as long as I can remember) to fish and shellfish mecca got enormous boosts from the likes of Buca Yorkville at the extreme high end, thanks to extraordinary sourcing (a standout: the herring smoked over beach fires in the Magdalen Islands) and a kitchen with the skills to treat fish right. Bar Raval introduced us to the glories of Galician seafood tinned at peak exquisiteness and eaten on salt-and-vinegar kettle chips, and the fish counter and kitchen at Honest Weight, in the Junction, did a better job than almost any place I know of celebrating the pleasures of perfectly sourced and handled fish, served with zero fuss. Even the pitch-perfect remake of Yorkville’s Café Boulud got in on the great local seafood, with mousse-like poached quenelles of Ontario pike – among the greatest things I ate in 2015.

The old, unspoken rule about restaurant cocktails (they’re usually awful and/or awkwardly conceived) found plenty of new and pleasantly conscientious objectors, particularly in the lovingly restored Peter Pan, on Queen Street, where I had the best gin and tonic of my life, and around the corner at Alo, where the bar is staffed by some of the best booze palates I’ve met.

Rice, of all things, was the most ubiquitous ingredient of 2015, but as a garnish instead of a main event. I had puffed wild rice more times than I can count, but can’t say I ever got tired of its richly nutty, popcorn-like aroma and crunch; one of the best examples was at Lamesa, the newly superb modern Filipino spot at Queen and Bathurst, where the young chef, Daniel Cancino, used it to finish an extraordinary flan made from sweet purple yam. At Hanmoto, the rice garnish came as tiny, toasted arare rice balls, and at Rickshaw Bar, chef Noureen Feerasta turned puffed white rice into the crunchy counterpoint on a distinctly South Asian scallop ceviche.

Very nearly as ubiquitous, and far less tasteful, were all the cheap prawns and shrimp from Thailand. The Associated Press unambiguously linked their production and processing to human slavery – many Toronto restaurateurs looked the other way or simply shrugged. 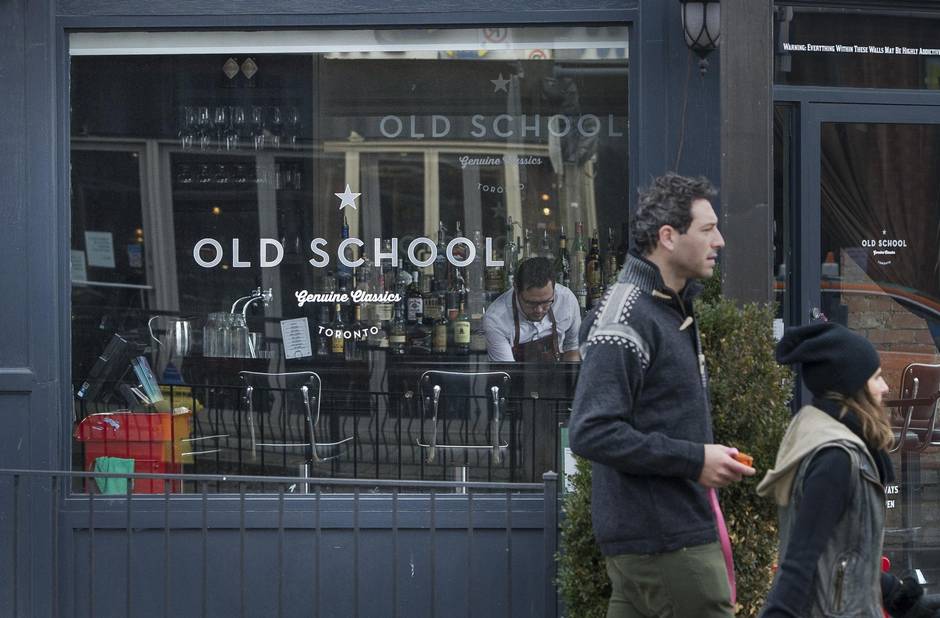 The saddest restaurant meal of the year goes to Old School. (Kevin Van Paassen for The Globe and Mail)

Imported bottled water finally stopped being a thing this year – I can’t recall seeing more than one or two San Pellegrino bottles through all my eating. And old-school hip hop officially became the new Golden Oldies, as well as restaurant-going’s most ubiquitous soundtrack. Though I haven’t been yet, I’m expecting far better music at Fring’s, the new joint effort from Susur Lee and a local hip-hop star you might have heard of. (A hint for the blessedly clueless: It’s Drake.)

My award for saddest restaurant meal of 2015 goes to Old School, on Dundas West, a restaurant so deeply and blandly mediocre that even after two visits I couldn’t bring myself to write a full column about the place. (It didn’t help that the restaurant flat-out copied two original neon artworks from independent artists.)

If I had to create an award, meanwhile, for the place I raved most about to anyone who would listen, it would go to Dindigul Thalappakattu Biriyani, a one-trick Southeast Indian lunch counter in Scarborough that to my mind serves spiced, slow-cooked meat and rice in their absolute highest form.

Yet far more important than what appeared on our plates and in our glasses, 2015 may some day be remembered as the year we started caring almost as much about the people who prepare the food and do the serving. That is thanks in large part to the bravery of Kate Burnham, a chef whose human-rights complaint against Weslodge, the clubby King West hot spot, came to light this spring. The sexual and physical harassment allegations she made against three of her male kitchen bosses were hideous enough – and detailed enough – that you could almost hear the entire industry recoil. That case, and the discussion it engendered, will no doubt help improve things gradually, in spots, but were they enough to force the city’s restaurants to treat its female kitchen and service staff as full equals? Come on now, let’s not be ridiculous. Judging by the studied silence from too many (male, old-guard) “leaders,” the old boys’ club has plenty of life in it yet. 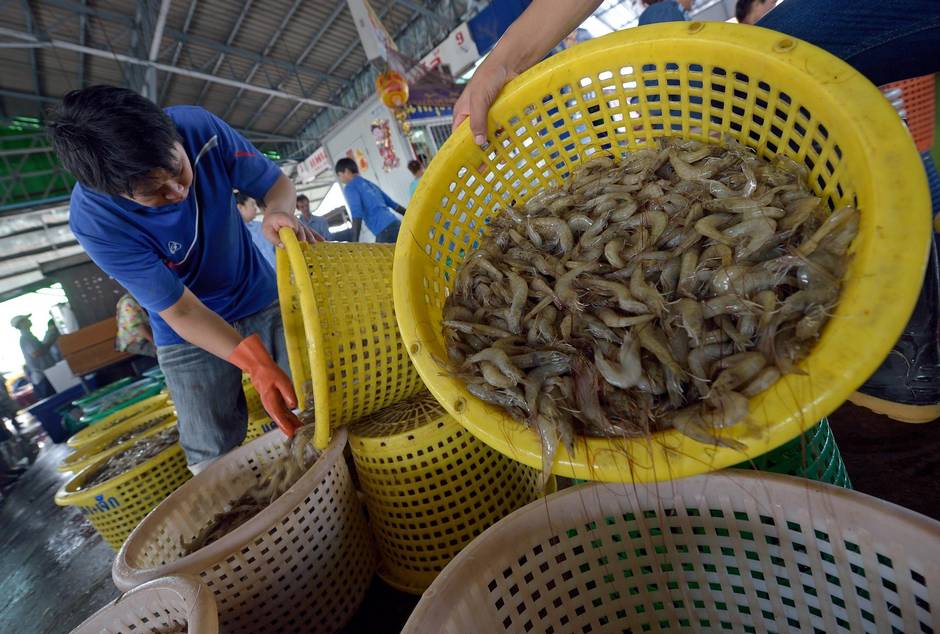 Prawns remain on menus despite the industry being tied to human slavery. (Pornchai Kittiwongsakul/ Getty Images)

What was far more promising were the pioneering efforts to make cooking and serving somewhat less financially suicidal career paths: Enoteca Sociale chef Kris Schlotzhauer was rightly lauded for reducing his cooks’ work weeks from five (exceedingly long) days to four, while holding their salaries steady; and a few places, including Hemant Bhagwani’s new Indian Street Food Co., eliminated tipping, promising instead to profit share with his staff, as well as to pay them a liveable wage.

And what to expect from 2016? Microbreweries might just become the new fried chicken – there are more of them planned and under construction than I can keep up with, including a very promising brewpub on Coxwell Avenue, with Luc (Bim) Lafontaine, the former brewmaster from Montreal’s best-in-class Dieu du Ciel in charge. If I had to bet, I’d wager that the absurdly talented and well-pedigreed Brandon Olsen and Daniel Hadida might open their own restaurants in the city this year, and while I’m at it, I’ll hope the same for Mitchell Bates, who led Momofuku Shoto to four stars, and who left the restaurant at the end of December.

I’m looking forward to the reborn Maple Leaf Tavern, a historic dive bar (that is almost too kind a description for what it had become) on Gerrard Street East, as well as Scaramouche chef Keith Froggett’s planned new venture in Caledon. (As for Iron Chef Masaharu Morimoto’s planned – and recently cancelled – Toronto branch plant, no big loss.)

And I’m excited about planned new Kensington Market places from the inamicably separated former business partners Jen Agg and Grant van Gameren, if not for how great I expect each of their projects to be (the two are among the best in the business), then at very least for all the oh-hi-there-neighbour awkwardness.

Ms. Agg is planning a natural wine and cider bar, and though she won’t yet provide details, I’m betting she’ll bring in some very serious culinary talent. Mr. van Gameren’s spot will be a “market-focused, Latin American-themed cocktail bar,” he said. It’ll be helmed by a pair of superb Montreal chefs.