Mayor Rob Ford is pledging to do "everything in his power" to stop light-rail lines from running at street level on Eglinton and Sheppard Avenues in Scarborough.

One day after losing the fight to save his subway plan at council, the mayor said he is prepared to "lead the charge," for the taxpayers he says would rather have no new transit than an above-ground line.

"I am going to do everything in my power to stop the LRTs from going in on Sheppard and Eglinton because I love the people of Scarborough and they said fight and I am going to fight," he told radio station AM 640 Friday morning. "I am going to look at anything that can stop the LRTs."

Work has begun on the buried section of the Eglinton line in the west end, but Mr. Ford estimates it will take about five years for construction crews to reach Scarborough, time he will use to try to halt the plan. "I've got a few things that I am going to be working on," said the mayor, refusing to tip his hand.

But he did suggest he would be willing to hold a referendum on the subway issue, a move he acknowledged would require provincial approval.

At a special two-day meeting, Toronto council voted 24 to 19 to use provincial funding to build a light-rail line on Sheppard from Don Mills station east to Morningside Avenue – the final piece in restoring the Transit City plan the mayor killed on his first day in office.

Mr. Ford wanted to use existing provincial and federal funds to extend the Sheppard subway to Victoria Park on the assumption money could be found to eventually continue it to the Scarborough Town Centre.

The council vote was the final step required to unlock $8.4-billion in provincial transit funding for Toronto – the largest infrastructure investment in the country at this time.

Mr. Ford is still hopeful the province will step in to stop the light-rail plan. "I will be shocked, I will be absolutely shocked if the premier does not listen to the taxpayers," he said.

Despite the mayor's confidence Queen's Park will bend to his whims, Ontario's transportation minister reiterated Friday that his government will follow council's direction.

"The mayor was elected by a very strong majority, so he's very relevant. But council is very relevant," said Bob Chiarelli, a former mayor of Ottawa. "We all have to understand it's council that rules. The mayor has one vote. Council speaks for the city of Toronto."

Now that city council and the province have committed to LRTs, it will be up to the TTC's new chief executive officer, Andy Byford, to co-operate with Metrolinx on laying the tracks.

Mr. Byford said during the transit debate that he would have preferred a subway on Sheppard Avenue East, remarks Councillor Doug Ford has already seized on to bolster his brother's case to keep fighting.

"My remarks weren't meant to be political," Mr. Byford told reporters after a breakfast speech to the Toronto Board of Trade Friday.

"My personal preference would have been to have a subway ... If we can expand the subway system then I think that that is a good investment for the future. Having said that, council's made its decision. We abide by that decision."

When it comes to subway expansion, Mr. Byford said the city should now turn its attention to planning a line that could take the pressure off the crowded Yonge-University-Spadina subway.

"I strongly believe that a sensible debate needs to happen right now on the need for a downtown relief line," he said. 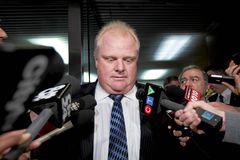 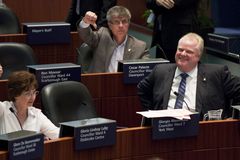 Council gets light-rail disasters instead of a subway plan
March 19, 2012 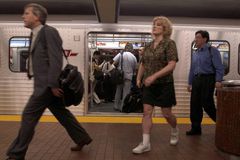 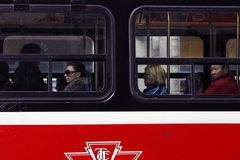 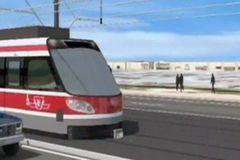