There was a time when it was a drag for men to wear dresses, but times have changed. Last month, Toronto's Michelle DuBarry (a.k.a. Russell Alldread) was recognized by Guinness World Records as the oldest performing drag queen. We chatted with the celebrated performer by phone.

It's improper to ask a lady her age, but is it okay to ask a drag queen?

Well, you don't sound a day over 78. Can you talk about your early days as drag queen in Toronto?

Well, it was illegal in the 1950s, of course. We started off having little shows, wearing suits and ties, with a rose in the lapel. We would mime songs. Then we began to wear dresses, which started things. When the police came by to see what was happening, they wanted to charge us. They didn't, but they did make sure we had men's underwear on. [Laughs.]

So it was an underground thing?

I never thought of it as underground. I was doing what I wanted to do. In the fifties, I did midnight Shakespeare at the Trinity Quadrangle, where I was on stage with Lorne Greene. I was holding a spear. In the sixties, I got into professional drag at Club 511 [on Yonge Street]. It was all about loving theatre and doing miniature Broadway shows in drag. And, of course, there were Halloween nights at the St. Charles Tavern, where the crowds were out throwing ink and everything else.

People would throw ink at you?

No, not really. But I guess most of us are gay probably. I married a woman – we were in our 20s. When you're in your 20s in the 1950s, you dream of finding a woman to love you and to have children with.

It didn't work out for me. She didn't want children. But I've always been bisexual, I guess, all my life, for that matter.

I know that Nancy LaMott's We Can Be Kind is a favourite song of yours. Can we say Toronto is kinder now?

Oh, yes. Oh my goodness, we have so many straight people who come out for shows. And families are accepting children for who they are. It's 2016, and you can dress the way you want to dress and you can be who you want to be.

But years ago, I was dressed up as Queen Elizabeth, and I had two young men as sailors at a bar on Church Street. One of them committed suicide. His parents couldn't accept him.

How terrible for any parent not to accept their children for whoever they are.

Your parents were accepting?

I never had any problem. My mother was a nurse. My father was a blacksmith welder, and he was busy trying to make a living. He wasn't the type of father who would take you to a football game.

And now, after all these years, you're recognized by Guinness World Records.

Yes, I'm the oldest performing drag queen. A lot of my friends are dead, and now I'm getting the glory bit of it thrown at me. It won't change me though. It doesn't make my head swell or anything. I'm just me.

Musician Midge Ure on his solo album and the death of David Bowie
January 29, 2016 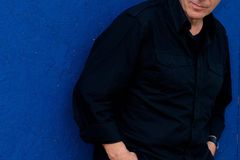 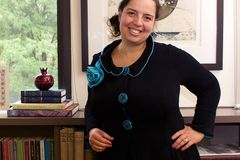 Artist Colin Linden on his Toronto-based education in the blues
January 15, 2016 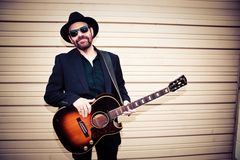