The long-promised light-rail line on Toronto's waterfront has re-emerged to stake its place at the centre of the city's transit plan, along with another new LRT, subways and better bus service. It's all part of an optimistic new package of proposals that would see a full-fledged transit network finally emerge across the city – but will require substantial funding.

After a generation of minimal transit construction, Toronto's planning department has been hard at work crafting two different plans. On Tuesday the city will unveil both – one for improvements to the city's transit within the next six years, the other taking the longer view out to 2031.

According to draft documents obtained by The Globe and Mail, the longer-term plan includes a new commitment to light rail on the waterfront, from Park Lawn to Leslie. The Waterfront LRT has long been pledged to developers, who went ahead and built on the promise that transit would come, only to find it wasn't happening. The project has been identified by planners as among the city's top transit priorities, but has eluded sporadic attempts to get it off the ground.

Staff are also recommending an LRT running north on Jane from the Bloor subway line, the latest part of the Transit City plan – killed under former mayor Rob Ford – to resurface. And there would be rapid buses added to Steeles and unspecified "rapid transit," which would probably end up being fast buses, on Sheppard Avenue East.

In addition, the 15-year plan includes proposals to expand the Eglinton Crosstown – currently being built by the province – to the east and west, and to build a relief line into the downtown along Queen, all ideas floated in recent weeks. And it promises to add Mayor John Tory's key transit priority, dubbed SmartTrack, to ongoing provincial plans to expand GO rail service.

Price tags for most of these proposals were not included in the draft documents, but previous estimates for some of these projects suggest the total is likely to run well over $10-billion.

The showpieces of the shorter-term plan being rolled out are mostly projects that have already been approved and funded by the provincial government, but the planning department has added a recently floated "transit priority corridor" along King Street. This is an ambitious attempt to push forward on a proposal for reducing private-vehicle traffic on the street, thereby speeding up streetcars on the Toronto Transit Commission's busiest surface route; the idea has yet to receive political support, much less be tested in a pilot project.

As a package, these plans are a bold attempt to break free from years of transit stasis in Toronto. The only substantial transit build finished in recent memory is the underused subway line along Sheppard. And the only major transit now under construction by the city is the subway extension to Vaughan, a project fraught with problems, cost increases and concerns that its ridership won't be worth the price.

If the various lines in these plans come to fruition, they would remake the transit map of Toronto. Instead of specific projects being weighed in isolation, the package is designed to form a network that would serve as many people as well as possible.

The strategy, though, is coming forward without a funding plan. And the Tory camp, during the campaign, was critical of the TTC for releasing potential service improvements without identifying a way to pay for them.‎ However, funding is a decision typically left to elected representatives, and it is traditionally very difficult to secure money without first having a plan from staff.

The whole plan is set to go out for public consultation. It will go to the city's executive committee in the next month, and then again in May, and is scheduled to be debated by full council in June. 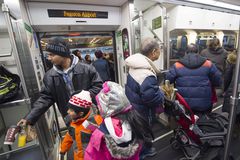 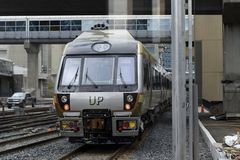 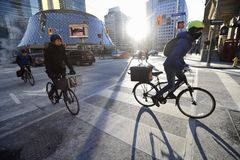 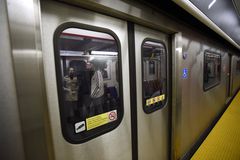 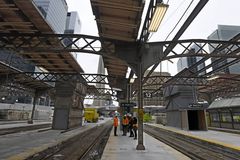 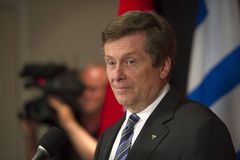