Toronto city council has passed a series of motions that will dramatically overhaul the taxi industry and require all of the city's cabs to be owner-operated within 10 years.

The surprise move, which comes after years of complaints over the city's convoluted taxi-licensing rules, would eliminate multiple-cab owners who represent more than 70 per cent of the city's fleet, as well as the middlemen who manage the cabs on their behalf. The motion passed by council Wednesday creates a new, unified licensing system that would replace the current two-tiered system, and requires all licence holders to drive for a minimum of 167 hours a month.

"It's the right thing to do, and long overdue," said Councillor Mary-Margaret McMahon, who moved the motion at council after it was shelved last month by the city's licensing committee. But even she admitted to being surprised that her motion carried 31-12. "I was doing some hard lobbying and schmoozing, and only came up with 23 votes, so I was thrilled to see it was 31," she said.

Under the current system, 76 per cent of the city's cabs are owned by individuals or companies who hold multiple licences – in some cases, hundreds of them. Those owners then lease or rent out their cars through agents to drivers. The new licences, called the "Toronto Taxicab Licence" (TTL) – which all drivers will need by 2024 – is meant to eliminate the layer of middle-men.

The TTL also addresses a perceived injustice over the city's two-tiered licence system. Currently, the city has two types of cab licences: non-transferable, owner-operated "ambassador" ones, and "standard" ones worth up to $350,000 on resale. For years, "ambassador" drivers had complained about not being able to sell or even rent out their cars for a second shift – even in cases of emergencies or serious illness.

"We are trying to make sure that people have decent employment and are not slaves to [unseen] people," said Councillor Pam McConnell in a speech in support of the new TTL.

Councillor Denzil Minnan-Wong said the TTL will make for a better taxi experience for both drivers and passengers. "If you have an owner-operator behind the wheel, he's going to take pride in his car," he said. "We're looking at putting more money in the driver's pocket, and if they have more money in their pocket, they're going to be committed to the industry."

The changes, effective July 1, also stipulate that cabs must be wheelchair-accessible to obtain a new licence.

Hundreds of cab drivers gathered in the council chamber to watch the debate. Drivers in green T-shirts – many of them holders of the "ambassador" licences created in 1999 – greeted the news with loud applause.

Hubert Leach, a 78-year-old ambassador driver since 1999, said that, with the new TTL, he will be able to sell his plate and have something to retire on. If not for the rule change, he said, "my plate would be reverted to the city and I would have to look for something else to do. I would get nothing."

Drivers in orange T-shirts, meanwhile – many of them holders of "standard" licences – expressed fears the value of their licences will be diluted once the more than 1,300 ambassador drivers obtain transferable licences.

"Everyone deserves what they bought," said Paul Singh, who owns multiple "standard" plates he rents out to shift drivers. Under the new system, he will have to sell off plates for the cars he does not drive himself. "It will hurt the business, definitely." 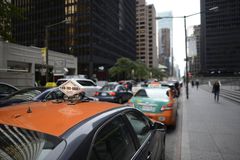 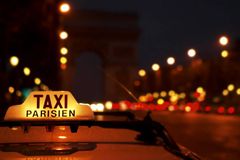 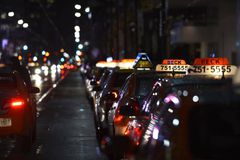