A young, upstart candidate for prime minister was rousing the support of a new generation of voters. A day before Canadians made their final decisions that eventually saw Justin Trudeau become this country's leader, another election, in which a new candidate was challenging the old guard, enthralled a thousand-plus voters in Toronto's Tibetan community. They cast their ballots for representatives of a parliamentary body much closer to their hearts: that of a new Tibetan government in exile.

The distance from Toronto to Lhasa may be 11,800 kilometres, or a 33-hour flight, but Tibet is a constant state of mind for its diaspora. More than 80,000 Tibetans across the world participated in a preliminary round of voting to choose candidates for the positions of sikyong (prime minister) and chitue (members of parliament) that make up the 44-person parliament in exile. The final list of candidates will be announced on Dec. 2, with the ultimate election taking place next March to decide the new leadership based out of Dharamsala, India. It is only the second such election since the Dalai Lama stepped down as head of what's known as the Central Tibetan Administration (CTA).

Toronto is home to the largest Tibetan community in Canada, and second largest in North America after New York. At the Tibetan Canadian Cultural Centre in Etobicoke, the lineup grew quickly after the doors to the main hall opened, past the colourful prayer flags and giant dharma wheels. A group of older women in dark chuba robes and striped pangden aprons offered Tibetan sweet tea to people waiting patiently to fill out the two forms.

"White is for sikyong, green is for chitue," volunteer clerk Kalsang Dholker explained to a voter after checking his green book, an official document issued by the CTA, and crossing his name off the list. It's been nearly two years since Ms. Dholker, 39, arrived in Canada as a refugee, leaving her husband and children in India as it's difficult for Tibetans living there to obtain family visas.

"We don't have recognition as a nation. It's important to feel Tibetan," she said with a grim smile. "For us, this day to vote, it's very important."

Norbu Tsering was one of two representatives from North America elected in the 2011 Tibetan elections. Born and brought up in India, he didn't face many personal challenges. He was a senior executive with Sony India, while his wife was a nurse in one of the country's largest government hospitals. Yet "psychologically and morally, there was always a deep sense of living in exile," he said. Seeking better prospects for his children, Mr. Tsering moved to Canada in 1997, his family a year later.

At the time, there weren't many Tibetans in Toronto. But the numbers started increasing after 1999, as Canada's acceptance of refugees became known to Tibetans. Now, more than 4,000 Tibetans live in the Greater Toronto Area. Many of them reside in Parkdale, unofficially known as Little Tibet, and congregate at Tibetan restaurants on Queen Street, west of Dufferin, over plates of momo dumplings. Others have moved out to the suburbs, or closer to the Tibetan Canadian Cultural Centre.

Given Mr. Tsering's success as the president of the cultural centre's board, many people suggested he run for office.

"I thought if I became an MP, it opens wide options to use my position to convince people to open their wallets for the cultural centre. That was one reason," said Mr. Tsering, 55, who is not running in the upcoming election. He'd done his part for the community, describing his five-year term as fulfilling but hectic.

Like many of the older generation in the community, Ms. Dholker and Mr. Tsering subscribe to the "Middle Way" approach suggested by the Dalai Lama, which seeks autonomy within China, rather than independence. It's seen as a realistic goal. However, the preliminary elections drew some first-time voters because of Lukar Jam, the Dharamsala, India-based candidate campaigning for complete independence from China.

Mr. Jam, 43, who was imprisoned by China on charges of espionage for 17 years, has called for the secularization of the democratic process. His platform has resulted in some controversy; detractors portray him as being anti-Dalai Lama. However, his plain-speaking views appeal to a younger generation.

"Lukar Jam's message got me interested in these elections," said Tenzin Thupten, 26, who was born in India. A political science student at Ryerson University and a registered Liberal, he'd always been interested in politics. Because of Mr. Jam, there's a new buzz among his friends. "For the first time, we are debating on policies, about what the Central Tibetan Administration should do. Otherwise, there's always a culture of conformity," Mr. Thupten said.

"You have to understand that people of my parents' generation see His Holiness as a symbol of hope. He is put on such a pedestal that there is no space to tackle issues," said Urgyen Badheytsang, 29, previous national director of Students for a Free Tibet Canada. While Mr. Badheytsang, who was born in Nepal, regularly organizes protests demanding Tibetan independence, his father, who took part in a pro-independence protest in Lhasa in 1987, now backs the Dalai Lama's pleas for autonomy under Chinese rule.

The old guard is dismissive of Mr. Jam, even if they agree that it's good to have debate as part of a democratic process. Unofficial results widely available show Mr. Jam trailing far behind in third place, after the incumbent sikyong Lobsang Sangay and current speaker Penpa Tsering. Still, others see Mr. Jam's candidacy as a sign of hope for Tibet's future.

Even though Mr. Badheytsang acknowledges that Toronto is now home for most of the Tibetans living here, he aspires for an independent Tibet, to visit a country he's never seen; maybe even move there.

"Tibetans will never escape that part of our identity," he said, "and taking steps like voting means to reconnect, even if we are on the other side of the world." 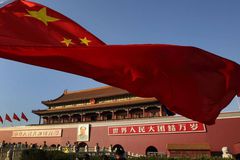 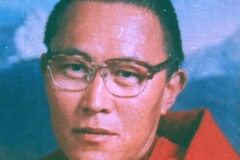 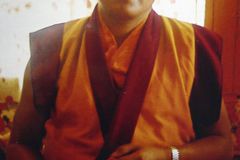