Toronto's east vs. west tribalism sometimes gets confused with real animosity, but a crew of local comedians would like to remind us that it's all in good fun. At least, this is the premise behind Your Hood's a Joke, a local comedy battle hosted by Toronto Comedy All-Stars that will pit jokers from both sides of the Don against each other to determine whose side of town reigns supreme – or at least, contains the highest concentration of hilarious geographic trash-talkers per square kilometre.

The brainchild of Toronto Comedy All-Stars founder and east-side stalwart Danish Anwar, the event is being established to shine a much-deserved spotlight on the city's comedy talent which, as Mr. Anwar points out, includes some of the best in the business.

"You have all these comedians in Toronto who might do Just for Laughs or a spot on Conan or Late Night, and then they come back to their neighbourhoods and you'll see them at your local No Frills without knowing how talented they are," he says.

"Toronto's a huge city for standup, so it's a great chance for people to come out and learn that every week they can see incredible talent [here]," says Christophe Davidson, a Just for Laughs finalist who will be going up against Mr. Anwar and company with a west end crew boasting the likes of Michelle Shaughnessy, Dom Pare and Kris Bonaparte. Mr. Anwar will, in turn, be backed by Ryan Dillon and Great Canadian Laugh Off winner Mark Debonis.

To give a taste of the battle royal to come, the two spoke with The Globe and Mail about what makes their part of town the better place to be.

DANISH ANWAR
Which side of town has the best hang-out spots?
The east side has got the only real beach, the Scarborough Bluffs. The west side has that fake banana beach with the concrete tanning beds if you're into that. Plus the west end has quite a few more American tourists, and nobody likes that. So the east end is the obvious choice.

Who's your favourite east side personality?
We have so many to choose from! Remember, the east side's got Mike Myers, Jim Carrey, John Candy. And on the non-comedy side, we have Jack Layton. The west side has, what, Michael Cera and the Ford brothers? Good luck with that. Anyway, I'm going to go with Jack Layton.

Finish this thought: West-siders are kidding themselves because…
...because they can be wiped out by a jar of peanut butter and non-gluten-free bread. They are weak! It takes bullets to take down an east-ender.

In one sentence, why would you say the east end reigns supreme?
The sun rises in the east. We get daylight first. Obviously even nature favours us. How about that?

Which side of town has the best hang-out spots?
The west side has the most woodlands. I had a baby deer in my yard this summer. I bet no east-sider's had a baby deer in their yard. Instead, the east side has the water treatment plant. Everyone's [excrement] goes to the east end. It's literally a toilet. A city toilet! I don't want to hang out there.

Why does the west end reign supreme?
We have higher ground, so if the battle moved offstage and onto an actual battlefield we'd destroy [the east] in terms of our tactical advantage. That's how we reign supreme in a military sense. Also, because this actual show is taking place in the west end because that's where the cool comedy club is. If we had it in the east end, nobody would go. Everyone there is in bed by 10 p.m. anyway.

Harry Potter in a nutshell: Muggles, come and get it
December 19, 2014 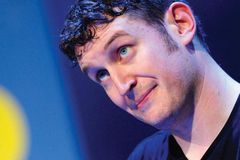 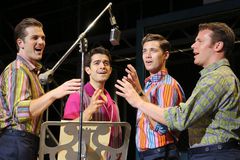 How to survive Pearson today: Airport braces for busiest travel day of the year
December 19, 2014 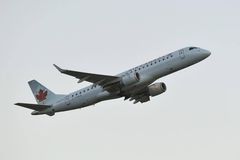 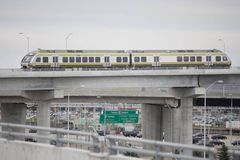 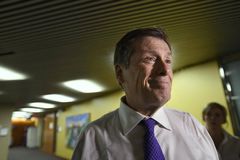