At Queen Street, looking north on University Avenue, a portion of a building appears on the horizon. But it's not until College Street that the whole vista is revealed: a postcard-ready view Queen's Park. That vista of the provincial parliament buildings did not appear by accident. Like a few other landmarks in Toronto, Queen's Park was placed at a highly visible location, reflecting its importance as home of the province's government.

But maintaining "view corridors" like this one is becoming increasingly difficult as condo-obsessed Toronto grows, recently surpassing Chicago as the fourth most populated city in North America.

A new set of policies, adopted by city council in April, is designed to help the city manage this balance between promoting density and preserving views. Changes were made to the heritage and public realm sections of the Official Plan to protect sightlines of important landmarks in Toronto, including the legislature, which is among a designated list of historic buildings, natural landscapes and skylines that are now singled out for protection.

"This is why planning exists, because development should not be permitted to occur everywhere," says Jennifer Keesmaat, Toronto's chief planner. Managing the city's rapid growth is challenging, she says, but that just means "it's imperative, if not more imperative than ever" to preserve these views.

The new rules were prompted in part by concerns that there wasn't enough protection for the views of Queen's Park. Heritage activists say a decision by the Ontario Municipal Board to approve two condos on Avenue Road that would rise above the silhouette of the legislative assembly revealed major policy gaps in the city's Official Plan.

Toronto used to be at the forefront of view protection during the 1970s, crafting policies that prevented new development from marring sightlines of historic properties, such as St. James Cathedral. But those rules were eventually diluted during amalgamation, amounting to little more than a set of guidelines when a new official plan was adopted in 2006.

"In the past 10 years, there's been institutional amnesia when it comes to view protection, and now we're playing catch-up," says Catherine Nasmith, an architect and heritage preservation activist, who is part of a citizen-led effort to protect the silhouette of Queen's Park.

But critics argue that highrise projects are inevitable in an increasingly vertical city such as Toronto and trying to regulate views by imposing height restrictions only inhibits the city's growth.

But Ms. Keesmaat does not see intensification and view protection as incompatible goals. Having unobstructed view corridors contributes to a high quality of life by providing a reprieve from density, she says – an area free of built form where "you actually have a horizon you can see that terminates in a view that is valued."

Councillor Kristyn Wong-Tam, whose ward includes Queen's Park, spent the last two years consulting with developers and the public on how to protect views of the legislature buildings. The final policy, an amendment to the Official Plan that was passed by council in October, preserves the skyline above the roof of the legislature as seen from College Street.

"What we've proposed to protect is fairly modest," Ms. Wong-Tam says, noting that activists wanted more of the view protected. "And the developers are still balking and braying." A group of developers is appealing the amendment at the OMB.

Views are a part of a city's identity – telling the narrative of its past while also providing hints of its future. Halifax, a city steeped in its history as a military fortress, has fiercely guarded the sweeping views from the Citadel. The city of Ottawa has also taken an active role preserving the vistas around Parliament Hill, despite pressure from developers to construct taller buildings. Meanwhile, Montreal and Vancouver have a designated list of protected view corridors leading to their mountains.

The way a city treats its views is ultimately a reflection of its values, says John Danahy, an architecture professor and the co-director of the Centre for Landscape Research at the University of Toronto. By allowing development to crop up behind the silhouette of important landmarks – forming a Tetris-like horizon – the city is essentially letting those views be privatized, says Prof. Danahy, who thinks Toronto has been too permissive with highrise development. "Toronto is a city where money rules," he says. "And I think that's the symbolism of our skyline."

Quiet shaper of Toronto’s skyline was on ground floor of city’s condo boom
May 23, 2013 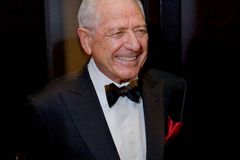 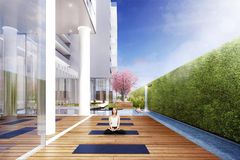