Despite recommending against the idea just 15 months ago, senior city bureaucrats now say garbage collection in Scarborough should be put out to tender, with a twist: The city's existing unionized workers should also be allowed to bid.

In a report unveiled on Wednesday, city staff say a process common in the United States and in some other Canadian cities known as "managed competition" should be used to allow the city's own unionized workers, in concert with their managers, to compete with private firms in submitting the lowest-cost bid to collect garbage in Scarborough.

The plan, being enthusiastically pushed by Mayor John Tory, goes before the city's works committee next week and then on to city council, where it will face opposition from left-leaning councillors concerned about layoffs for city workers and lower wages for garbage collectors. If approved, it would allow Mr. Tory to move closer to fulfilling his campaign promise to contract out garbage collection east of Yonge Street, although for now, only Scarborough and not the rest of the east end would be affected.

"I don't know for the life of me how any councillor could possibly say no to finding ways to save money," Mr. Tory told reporters in an Etobicoke couple's driveway, where he held a news conference to trumpet the plan. "I am sure some people will find a reason to be opposed to that, but I can't imagine how you could be."

On the city's west side, residential collection is already in private hands: Etobicoke's was contracted out in 1995, and the rest of the west end was contracted out under mayor Rob Ford in 2011. City staff said at the time that move would save $11-million a year, or 30 per cent.

But Mr. Tory's campaign pledge to spread contracted-out trash pickup across the rest of the city hit a snag in September, 2015, when a staff report blessed by external auditors Ernst & Young concluded city workers were now actually more efficient than the private operators.

The report credited the contracting out west of Yonge with forcing city managers and workers to cut their costs on the city's east side. But the report also recommended against any further contracting out, saying the mix of in-house and private-sector collection provided "the best value and lowest risk" as well as "flexibility for the curbside waste collection system to adapt to changes."

Late last year, Mr. Tory and his works chairwoman, Councillor Jaye Robinson, said new information, including concessions in the labour deal signed with the garbage workers' union earlier this year, meant that bureaucrats needed to review the numbers – a review that resulted in the current report. Now, city staff say the only way to determine any possible savings is to "test the market" and ask for private-sector bids. Updated garbage-collection cost figures, deemed confidential in order not to spoil any forthcoming competitive bid process, were left out of the report.

Contracting out Scarborough collection, the city's solid-waste workers' union says, could see 200 of its members lose their jobs. CUPE Local 416's executive vice-president Matt Figliano, who insisted contracting out was not saving the city money, said his union still must decide whether to participate in any bid process: "It's the senior management that wrote this report that is favouring privatization, who now expects us to make a bid with them. That's a little unusual and cruel punishment."

City Councillor Gord Perks, a left-leaning critic of the centre-right mayor, says Mr. Tory and his allies appear bent on contracting-out garbage, whatever the numbers say: "They are ignoring evidence because they are ideologically driven." 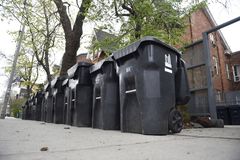 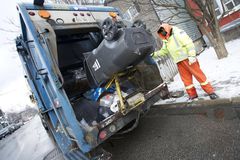