The urgency of a downtown relief line, long the TTC's top transit priority, is being reassessed in light of John Tory's rail plan.

The mayor-elect has proposed a transit plan that runs largely on the surface, using mostly existing GO Rail tracks. He says the plan – which he dubbed SmartTrack – can be operational in seven years and bring much needed relief to the over-crowded Yonge subway line.

Mr. Tory said on Monday that his plan is being studied by the city, the TTC and the regional transit agency Metrolinx. TTC chief Andy Byford confirmed that they are looking at how the plan fits with other projects. And he said that one outcome could be a change in the timing of an underground relief line.

"I don't think that need goes away, the mayor-elect hasn't said that that need has gone away. The critical issue will be when will that additional capacity be needed," Mr. Byford said.

"What you have to do is do the modelling, and that process is not yet been completed. So that's something we've got in hand at the moment. You've got to do the modelling, with SmartTrack now as one of the base assumptions of that modelling."

The transit CEO spoke to reporters during a press conference addressing a hefty new report on how to improve the TTC.

The report from Local 113 of the Amalgamated Transit Union called for more predictable funding, higher service standards and more surface vehicles. They support moving quickly to begin full study of Mr. Tory's signature transit plan and building dedicated bus lanes on the eastern waterfront, which could be upgraded later to light rail.

The report also offers a stark reminder that, even as politicians debate new projects, billions in repair costs are looming. And they warned that current passenger growth trends mean the over-burdened system could soon be trying to carry many more people. Such growth will put further strain on the system, which already relied on the fare-box for more of its operating costs than any other major transit network.

Mr. Byford praised the report, which included some of the same ideas that the TTC management has itself been proposing. He called it a welcome addition to the rising chorus of voices urging other levels of government to bring up funding for transit.

Mr. Tory was similarly positive about the report, although he cautioned that a key difficulty would be finding funding for the recommendations.

The union was candid about its goal of turning the next federal election into one that deals seriously with transit funding. Mr. Byford has also been making a pitch for sustainable funding from other levels of government. And on Monday, Mr. Tory said that the city needs other sources for TTC operating expenses.

"We cannot rely solely on the property-tax payers of the city of Toronto and on the fare-paying customers to sustain the Toronto Transit Commission," he said. "We need more help from the province and from the federal government."

Such pitches have been made before. There is no sign of an appetite at Queen's Park for once again taking on operating expenses. And the federal government has resisted calls for a long-term funding plan, preferring to dole out money for select projects.

‘Shocking’ collision with TTC bus kills one, injures nine
May 12, 2018 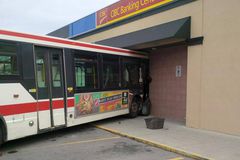 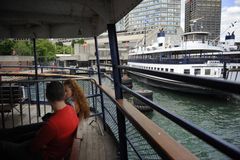 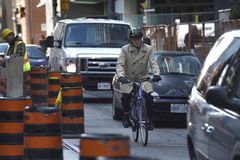 TTC head seeks to speed up construction of Spadina extension line
May 12, 2018 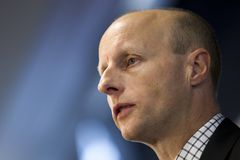 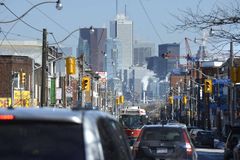