John Tory said he would vote to defund Toronto's Pride parade if it includes the controversial group Queers Against Israeli Apartheid.

He and rival mayoral candidate Olivia Chow were asked about the issue, which seemed to have largely died, during a debate Friday. Both deplored the group's message but only Mr. Tory said he would seek to cut the city's support if members were allowed to march. Mr. Tory's position drew applause from the crowd at the Friends of the Simon Wiesenthal Center for Holocaust Studies.

"I think it is an anti-Semitic message," he told reporters later. "I would not be funding a parade that has those people welcome in their ranks. And I have said, they can go have their demonstration anywhere else they want that is not a publicly funded parade, publicly funded at least in part by the taxpayers of Toronto."

Queers Against Israeli Apartheid did not immediately respond to a request for comment Friday.

Only a few dozen members of the group reportedly marched this year at Pride, a huge event that attracts tens of thousands and is a mainstay of the summer tourism economy. Part of Pride's budget – about $160,000 – comes from the city. In recent years some politicians sought to use that funding as a way to force Pride into excluding the group. The city manager has said council doesn't have the authority to ban it and the city solicitor said its message was protected speech.

"I would follow the lead of city council," Ms. Chow said Friday. "They went through a process and I would respect that and I would listen to the expert advice and collectively say yes to Pride Toronto."

At a debate about LGBT issues at Ryerson University Friday evening, Ms. Chow and Mr. Tory reiterated their stands on the issue.

In 2013, the city manager and city solicitor reported to council that the term "Israeli Apartheid" did not constitute a violation of the anti-discrimination policy, and so they did not have legal grounds to defund the parade on that basis.

Mr. Tory added that he would change the wording of the policy to include those words.

"If you use those words, any organization at all, then you shouldn't get the funding," he said.

Ms. Chow, who trails Mr. Tory in the most recent poll by 14 percentage points, argued that it was irresponsible to re-visit the debate.

"The city manager said very clearly that no law has been broken. We have to trust in his opinion," she said in the two-person debate moderated by political consultant Jaime Watt.

"I don't understand why you would re-visit this decision. It was a very divisive discussion in the community in 2011 and 2012."

The term "Israeli Apartheid" is frequently used by critics of Israeli policy toward Palestinians, who argue that Palestinians are treated as second-class citizens in the country. The term has also been used in United Nations reports, academic literature, and exhibits and films at the Art Gallery of Ontario and Toronto International Film Festival, which also receive city funding.

Shortly after the first debate, the Tory camp released a list of prominent LGBT Torontonians who were endorsing him, including: Pascal Dessureault, former chair of the board of management, The 519 Church Street Community Centre; Rob Oliphant, former Liberal MP (Don Valley West); and Marnie McBean, author and three-time Olympic champion.

David Hains is a freelance writer 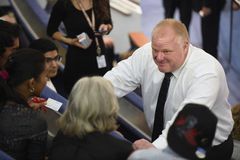 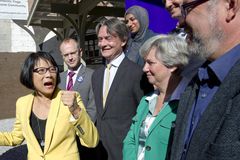 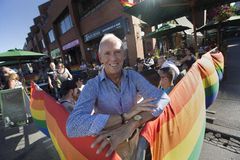 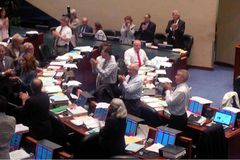 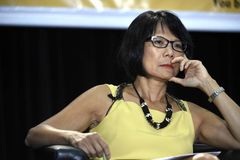