Toronto Mayor John Tory's plan to extend the city's skating season with the help of corporate donations had a last-minute substitution after one of two sponsors was forced to step aside because of a potential conflict.

Waste management company Green For Life, which last Friday pledged $100,000 to keep additional rinks open through the March break, withdrew the offer after city staff flagged problems over the weekend. Tim Hortons stepped in Tuesday with a replacement donation, matching a $100,000 gift from Maple Leaf Sports and Entertainment. The corporate funds will allow an additional 12 rinks to stay open for an extended season, taking the total in the city to 29. All others are now closed.

"Occasionally, everybody gets a case of the hiccups," said Mr. Tory Tuesday, trying to make light of the 11th-hour switch.

GLF president Patrick Dovigi , who Friday skated alongside Mr. Tory at Nathan Phillips Square after announcing the money to fund the rinks, issued a statement Tuesday confirming the deal was off because his firm is involved in a bidding process.

"After consulting with city staff about the rules around sponsorships, we have decided to voluntarily withdraw our offer to assist with the continued operation of outdoor hockey rinks so as not to affect current procurement processes," it said.

The waste management firm holds the contract for curbside garbage collection west of Yonge Street, but the problem with the donation centred on a current bid to provide services that put the company in a blackout period, city hall sources said.

News of the complications had several councillors questioning why measures were not taken sooner – and why the city is relying on corporate largesse for a service residents are demanding.

Councillor Paula Fletcher last March got the backing from the parks committee to have staff consider a "cold whether contingency fund" for rinks in this year's budget after the city went through a similar scramble last year to keep rinks open with sponsorships. She expressed frustration that nothing was done.

"I took steps last year to avoid this fiasco that we are living through now," she said Tuesday. "Obviously it was simply ignored."

Ms. Fletcher plans to bring a similar request to the Wednesday meeting of the Parks Committee.

Councillor Gord Perks said the rules on donations and sponsorship are clear and the switch could have been avoided if the sponsorship deal had been vetted by city staff before they were announced.

"In between the announcement and today, someone in the public service checked the rules and found that there was a problem with GFL," he said. "I think it's a great thing that members for the community want to step up and help out, but we have to make sure that we are absolutely spotless when we take that money."

MLSE also has extensive dealings with the city, including a $10-million loan it received from the city last year for the expansion of BMO field.

Asked whether city policies were followed in securing the donations, Mr. Tory said the corporate donors approached the city and details were worked out by city staff. He agreed measures need to be taken to avoid such last-minute fixes in the future.

"I think we have to take a serious look at how many rinks we can keep open with city funds – knowing that they are not unlimited – through the school-break week," he said. 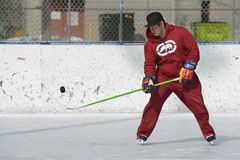 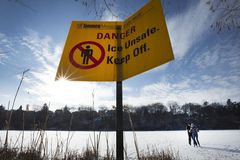 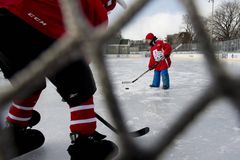