Phil Anderson has seen a lot of change in the 20 years he has been helping run Toronto's Gallery 1313.

In part, the idea to open an artist space in the mid-1990s deep on Queen Street West was to bring something positive back to the Parkdale area, once plagued by drug use and crime. Getting the gallery off the ground in the community was a challenge. Remaining open for the next two decades brought many others.

Once used as a jail for Toronto police, the building has been a constant in a region of the city that has shifted in size and shape. The gallery at 1313 Queen St. W. is owned by the city but managed by Mr. Anderson, who is executive director, and a group called Artscape, a not-for-profit that provides space for artists to live in and display their work.

Mr. Anderson spoke about the challenges in keeping Gallery 1313 open, the impression the space has had on the area and about the future for 1313.

What were the challenges over the past 20 years? How do you survive the arts scene in Canada's biggest city?

It is not easy. And the biggest challenge is always money. We operate on a small budget to keep things going and we have managed to do it. A lot of that funding is through fundraising or has been project money, where it actually creates more work that needs to be done. But we have had a lot of volunteers, a lot of interns who volunteered their time. It's been a very good experience with few negative moments.

What kind of impact do you think Gallery 1313 has had on the area?

I think it has had a really good effect on the area through creating and helping nourish a healthy community for the people and the neighbourhood. It's provided a welcoming space for them to come look at art. We wanted it to become a space where anyone could come into the building and look at artwork so that it was going to be a sort of shared experience, as opposed to having it used by some organization that wasn't necessarily open to the public. We've done outreach for the local schools; during the springtime, there are a lot of student exhibitions here. Visitors enjoy not being able to predict what they were going to see when they come into the gallery. And you know, having families come in, to see kids actually connect with the art and enjoy it, because they are kind of the next generation. It is incredibly important to see that.

What are some of the things they've seen over the years?

We have had a wide range of different shows. Because there is a large Tibetan community in Parkdale, we had an international Tibetan artist who is based in Amsterdam exhibit at the gallery. Whether it was a show from Harbourfront, when we had an exhibition here called Super Danish, which was curated by Patrick Macaulay of Harbourfront Centre and included Danish artists. Or Nature in the Garage, which was an exhibition with garden sheds with art installations in them. We had this Indigenous fashion art collective that looked at the appropriation of fashion. It has been hard to keep up with the number of shows. There are moments when you have a huge response to a show and it is very positive and it becomes almost overwhelming to see people's response to it.

How has the growth of Toronto affected art in the city and Gallery 1313?

In 2001, we launched the Queen West Gallery District and we got a bit of money from the city for banners and things. There were about 21 galleries and organizations who were a part of that in this area, and gradually a lot of places had to move because market prices dictate development along Queen Street West. So there have been a lot of changes that way. Some got tired of paying high rent on Ossington and found property up on Dupont. Some artists have had to move even to Hamilton and find studio space there, or in Paris, Ont., where properties are more affordable. There is the image of artists being the sort of artist-nomads. But there is still a lot of activity in the arts in Toronto, which is great. So artists are resilient, if nothing else, in their determination to be in Toronto and keep the scene active.

What's next for you? How long will you continue doing what you do there?

I am going to probably hang in for a couple more years. I would like to see the gallery on a very sustainable path. As I am sure the board would like to see that as well. And I think it has done pretty well for the first 20 years and I hope it continues for another 20 years with or without me. Probably, most likely, I will hang in there for another couple years and see what happens, but things have been pretty good so I am happy. 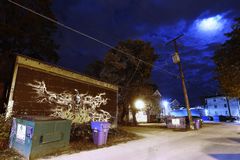 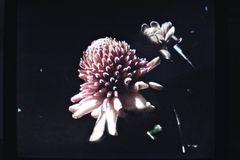 Ontario galleries celebrate Tom Thomson on the centenary of his death
September 6, 2017 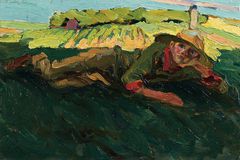