The bodies of Barry Sherman, the billionaire founder of global generic drug giant Apotex Inc., and his wife, Honey, were found in the basement of the Shermans' Toronto mansion on Friday, but mystery surrounds the cause of their deaths.

The Shermans had just put their house on Old Colony Road, in a posh North York neighbourhood, up for sale for $6.9-million. A relative, who asked not to be identified, said a real estate agent, preparing for an open house, had discovered the two bodies in the large home's basement Friday morning.

Apotex released a statement late Friday confirming the deaths: "We've been informed of the tragic news that Barry and Honey Sherman have unexpectedly passed away. All of us at Apotex are deeply shocked and saddened by this news and our thoughts and prayers are with the family at this time."

From the archives: The real Barry Sherman

Two weeks ago it gave me immense joy to present a Senate medal to one of the kindest and most beloved members of Canada’s Jewish community. Today I am gutted by the loss of Honey and Barry Sherman. Our community is steeped in grief. I am heartbroken. pic.twitter.com/B8VANUiNbW

Deeply shocked to learn of the deaths of Honey and Barry Sherman, such remarkable people. Grappling with this terrible news.

Deeply shocked & saddened to hear of the deaths of Barry & Honey Sherman. Philanthropists and entrepreneurs who made our province a better place to live.

Police were tight-lipped about the case. They would not confirm that the two bodies were the Shermans but say they are treating the deaths as "suspicious." As of late Friday, however, the homicide squad was not in charge of the probe and the investigation was being conducted by detectives with the local 33 Division.

Speaking to reporters at the scene, police spokesman Constable David Hopkinson would not say if there were signs of trauma on the bodies or whether there was any indication of forced entry into the home. If the investigation suggested foul play was involved, the homicide squad would be called in, he said. Constable Hopkinson said police did not believe there was a threat to public safety.

Police, firefighters and paramedics responded to a 911 call for a medical emergency at 11:44 a.m., Constable Hopkinson said. But he would not say who made the call. He said the pair were pronounced dead at the scene.

The Shermans, the family said, had just welcomed a new grandchild. Mr. Sherman was 75 and Ms. Sherman, 70. They had four children.

"Looking forward to getting together in Florida. I am coming south Monday, December 18 - Friday, January 12," Mrs. Sherman wrote in the email. "Barry is coming south for Monday December 25 & going home with me Jan. 12. Please let me know your dates south asap so i can place in my calendar... Looking forward to hearing back asap. Xoxo Honey"

Apotex posted a message on its website Saturday paying tribute to Mr. Sherman's entrepreneurial and philanthropic efforts. "Dr. Sherman gave his life to the singular purpose of our organization – innovating for patient affordability," the company said. "As employees, we are proud of his tremendous accomplishments, honoured to have known him, and vow to carry on with the Apotex purpose in his honour."

Mr. Sherman's net worth was recently estimated to be $4.77-billion by Canadian Business, an online magazine, making him the 15th-richest person in Canada. He had donated widely to political and community causes after making his fortune in the pharmaceutical world.

The Shermans have handed out millions of dollars to hospitals, universities and the United Jewish Appeal. Honey was on the board of governors at York University, the Baycrest Foundation and Mount Sinai Hospital. She is also the past chair of the Jewish Foundation of Greater Toronto and former chair of the Holocaust Education Centre.

Former city councillor Mike Feldman, who has known the Sherman family for years, said relatives of the Shermans who were with him vacationing in California were told by other family members in Toronto about the deaths. Mr. Feldman said the family was in a "complete state of shock" and was having trouble getting information from the police about what happened.

Mr. Feldman said family members had told him that Mr. Sherman had not been at work on Thursday, and that no one had heard from his wife that day, either.

"We don't know what happened. A family member got information and called me.… We don't want to interfere with a police investigation, but on the other hand, the kinfolk want to know about their kinfolk."

Lights were on inside the home last night, as police officers worked inside, illuminating what appeared to be a Frida Kahlo canvas.

A neighbour said that despite their vast wealth, the Shermans lived a low-key life.

A man who identified himself as a personal trainer arrived at the scene saying he had an appointment to train Ms. Sherman. He asked if he could duck under the police tape to get inside, and was told no. He spoke briefly with officers and left visibly shaken.

The fact that the home had just gone up for sale was highlighted in a brief blurb on Toronto Life's website that went online Thursday, but was taken down on Friday shortly after the news broke.

Sarah Alvi lives with her family across the road from the Sherman home and has known the couple for four years. She said that she last saw them two weeks ago, when they had an open house – and could not imagine anything like this happening to a pair she described as the "best neighbours" and the pride of the neighbourhood.

"It's heartbreaking. It's shocking," Ms. Alvi said. "Knowing who they were, it wouldn't come to your mind at all. "

The news shocked friends and business associates, who have started posting tributes online.

Prime Minister Justin Trudeau wrote on Twitter that he and his wife Sophie "are saddened by news of the sudden passing of Barry and Honey Sherman. Our condolences to their family & friends, and to everyone touched by their vision & spirit."

Mayor John Tory also issued a statement: "Barry and Honey were kind, good people who will be greatly missed. The philanthropic and economic contributions they have made to Toronto put them in a class of their own. Toronto Police are investigating and I hope that investigation will be able to provide answers for all of us who are mourning this tremendous loss."

With reports from Tu Thanh Ha and Joe Friesen

From the archives: The real Barry Sherman
November 24, 2007 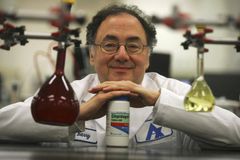 Drug company billionaire pulls out of Liberal cash-for-access fundraiser
November 7, 2016
Follow Jeff Gray and Joe Friesen on Twitter @jeffreybgray @FriesenJoe
Report an error Editorial code of conduct
Due to technical reasons, we have temporarily removed commenting from our articles. We hope to have this fixed soon. Thank you for your patience. If you are looking to give feedback on our new site, please send it along to feedback@globeandmail.com. If you want to write a letter to the editor, please forward to letters@globeandmail.com.
Comments are closed