A Toronto man is in custody and two others are being sought by police after a vicious home invasion in the city's north end early Tuesday sent two residents to hospital, one with facial wounds from a pistol whipping.

The attack occurred shortly after midnight at a townhouse complex on Silverstone Drive, near Finch Avenue West and Albion Road.

Two of the three invaders were armed with handguns, police said.

Emergency Task Force officers arrived to back up police from 23 Division, who were alerted by a 911 call from within the house, but the trio had fled.

Inside, the 29-year-old apparent target was conscious and breathing, injured by blows to the face. He and a less seriously hurt roommate, a 25 year old who was found tied up, were treated for non-life threatening injuries.

It was unclear whether the premises were robbed.

Meanwhile, Toronto police have issued a fresh photo of a suspect who is on the run after allegedly stalking and attacking a 62-year-old man in Scarborough.

Wayne Banks, 51, is wanted on charges of aggravated assault, threatening bodily harm and assault with a weapon. He is known to police.

It's alleged that in the early hours of Monday, Mr. Banks waited outside his victim's home, near Birchmount Road and McNicoll Avenue, and then attacked him with a weapon of some kind when he stepped outside.

Since then, he is believed to have left the city, but there are fears he might strike again, Constable Tony Vella said.

"There's concern that in his current state, there will be other victims." 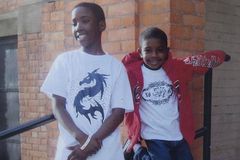 Despite arrests, guns in Toronto schools are exceedingly rare
January 19, 2013 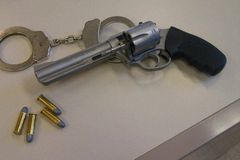 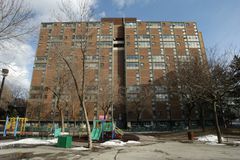