They live life at the edges of the economy, caring for children, cleaning corridors, packaging food and driving cabs.

A two-year study released on Tuesday offers a rare glimpse at the working lives of newcomers in Toronto, shining a light on what it calls "invisible" hands in the city's marketplace.

Its findings are based on surveys and interviews with 453 immigrants. Seven in 10 respondents are working in poor conditions such as jobs that have irregular hours or violate labour laws. Nearly half work in the "informal economy" – for cash, without receipts – to supplement their incomes. Seventy-one per cent earn less than $30,000 a year. And just 3 per cent who were professionals in their home countries are now working in their fields. The report also noted that 68 per cent of those who could find only casual work had some postsecondary education.

"There are extremes in our labour market that most Canadians don't even know about," says Diane Dyson, who wrote the report, produced by The Wellesley Institute, a non-profit that researches public health, in collaboration with six community research partners.

This is the first Canadian study, she says, "to look at the hard numbers of the informal economy, from the ground level where people are. And what we found is that it's worse than we thought."

Recent immigrants were hit harder in the recession and have taken longer to recover in the labour market. Their national jobless rate was 13.5 per cent last year compared with 6.9 per cent for the Canadian-born population. Many do find work, but in jobs that are temporary, on call, low wage or below the table.

The consequences are manifold: Eroded earnings are making it tougher for newcomers to climb up the economic ladder, save for retirement and build assets. Unemployment and underemployment also spell lost tax revenue for government coffers. And many employers may be overlooking a key source of labour because they don't recognize past work experience and education from immigrants' home countries.

Many newcomers – especially women – are augmenting incomes by working in the informal economy, activities that range from running small businesses to babysitting, working as a day labourer in factories or in restaurants. Harassment is common. Four in 10 said they'd endured bullying or harassment in the workplace, ranging from yelling and threats to physical assault.

Luis Lozano spent years trying to find good work. The medical doctor and university professor arrived in Toronto from Lima, Peru in 2004. He spent his first year working at a bakery, and then did night shifts at a call centre. The next years were spent in temporary jobs, without a permanent position.

He believes employers could do more to recognize the experience of foreign-trained, highly skilled workers. "They are the missing part of the puzzle."

Anxiety over work is causing health problems. Eight in 10 respondents said they were stressed, particularly over finances, while half of recent immigrants reported feeling depressed in the past month. The rate at which respondents report poor health is three times higher than the Canadian average, the paper says, which is based on a poll of immigrants and refugees in Toronto's east end from China, Bangladesh and Somalia.

Immigrants are working in disproportionate numbers in routine service jobs such as retail or food services – jobs that tend to be more precarious, a study by the Martin Prosperity Institute this month said. It found 80 per cent of the city's cab drivers, for example, are immigrants whose average pay is well below the minimum wage. One in five has a university degree.

Yongbing Shi, 49, has a computer science degree and spent 22 years working near Shanghai as a college teacher and anti-money laundering officer for the Peoples' Bank of China. He loved his job and earned a "good salary."

But life has been difficult since coming to Toronto in 2008 with his wife and teenage son. His first job, in a factory for $11.75 an hour, dried up when the plant closed. His second ($10.25 an hour, no benefits), packaging milk, ended after being fired following a workplace injury to his finger, which prevented him from lifting. He's been unable to get established in the labour market ever since. He can't sleep, and has had to borrow money from family in China. "My problem is about the English," he says, and indeed, a lack of language skills was cited as the most common barrier to employment opportunities.

"People arrive with fresh energy and ideas, and if we don't find ways to channel that into our labour force, we end up with a parallel economy as people use their talents just to survive," Ms. Dyson says. "But if they're not connected to our main economy, we lose out as a whole."

The report recommends stronger enforcement of basic employment standards with more workplace inspections, along with supporting entrepreneurs through mentoring and better access to basic banking. Optimism about future prospects is higher among those involved in entrepreneurial activities who feel "a greater sense of autonomy," the study found.

Mr. Lozano is faring better now, having landed a permanent job as a research analyst at WoodGreen Community Services, though he says many skilled colleagues are still working temp jobs.

"I'm glad I came to Canada. But to start all over again – that was very challenging." 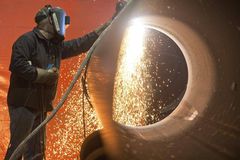 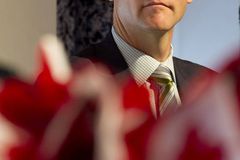 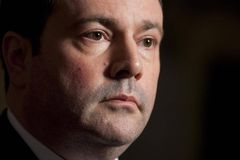 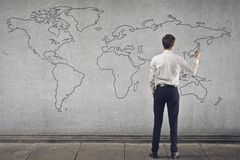 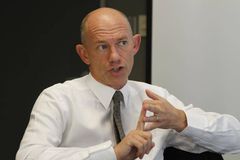 Opinion
Why a focus on the top 1 per cent is holding back lower-income Canadians
October 18, 2013 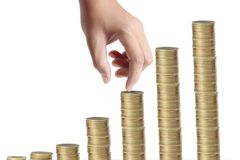 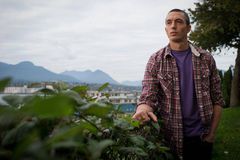