Two youths are facing multiple charges after a pair of robberies and the attempted abduction of a toddler in Toronto on Thursday night.

A 12-year-old girl and 14-year-old boy randomly attacked a mother carrying her little girl from a GO Transit station in Scarborough to visit the woman's parents at around 10:45 p.m., investigators say.

"This is a very alarming situation," Inspector Art Little told reporters. "No robbery or criminal offence is acceptable, but this offends, I believe, every person in our society, that you've gone for … a mother holding her most vulnerable 21-month-old. The fact that it was committed, allegedly at this time, by a 12-year-old female suspect and a 14-year-old [boy] is a major cause for concern."

The adolescents allegedly grabbed the 29-year-old woman, kicked and punched her and demanded her child, money and cellphone. Police also allege the youths threatened to injure the toddler.

"That was verbalized in the offence, on the commission – 'Give us your money and give us the baby,'" Insp. Little said. "I don't know what the motive is for them desiring to take the child."

During the attack, the mother sought to protect her daughter, police said, but at one point fell backward, exposing the child. Investigators say the 12-year-old wrested the girl away, but the mother managed to grab her back.

After the attackers fled, the mother – whose cellphone was in her coat pocket – called 911. Police quickly arrested the 12-year-old girl near the scene on Livingston Road near Kingston Road and Markham Road. The 14-year-old boy was arrested nearby around 12:15 a.m. Police recovered possessions that were taken from the woman and discarded in the area.

The woman suffered bruising. She and the little girl were taken to hospital and later released. Staff Sergeant Peter Moreira said they also had "some psychological trauma. … It's very frightening obviously."

Police say the youths robbed a woman three hours earlier in the same area of Scarborough.

In that case, a 38-year-old woman's purse was snatched as she walked on a pathway off Greenbrae Circuit, near Markham Road and Lawrence Avenue East around 7:45 p.m. The youths grabbed her, pushed her to the ground and tore off her purse before fleeing, police say. The woman flagged down a passerby, who called 911.

The 12-year-old girl has been charged with abduction of a person under 14, assault, two counts of robbery and uttering threats.

The 14-year-old boy has been charged with abduction of a person under 14, assault, two counts of robbery, two counts of uttering threats, two counts of breach of recognizance and two counts of failing to comply with an undertaking. Police declined to detail the nature of his previous charges.

The adolescents, who are from Toronto, cannot be identified under the Youth Criminal Justice Act.

Insp. Little said investigators have contacted the mothers of both accused and police are seeking assistance for the youths from social services agencies. The Children's Aid Society is "involved on an ongoing basis," he said, and investigators are also requesting psychiatric evaluations.

"Although accused of violent criminal acts, they need help," he said. 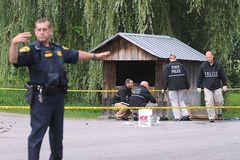 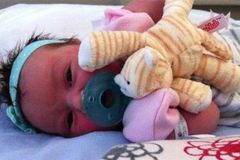 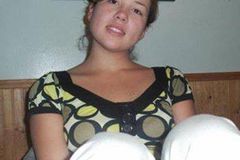