Three young men died in shootings within the span of three hours on Monday afternoon in Toronto, at least two of them high school students.

Shots rang out and two young men lay dying after what witnesses described as a gathering of students at lunch hour that looked like the beginning of a rumble. It happened just outside 2063 Islington Ave., a high-rise building across the street from Don Bosco Catholic Secondary School in Etobicoke.

One was a 15-year-old student from James Cardinal McGuigan Catholic High School, according to Toronto Catholic District School Board trustee Maria Rizzo. She said the other victim was also a high school student, but she did not know what school he attended.

Ms. Rizzo called the shootings "a tragedy of the greatest magnitude."

Across the city in Regent Park, a young man police described as 15 to 20 years old died in a shooting at 3 p.m. on Sydenham Street, near Queen and Parliament. Police found the young man with multiple gunshot wounds and administered CPR, but he died. Some nearby elementary schools were locked down.

Several schools in Etobicoke, including Don Bosco, were also locked down for several hours.

The issue came up at Monday evening's mayoral debate. Olivia Chow said the incidents underline the need for a ban on handguns, which she promised to work for if elected.

"There is no reason why people need guns" in the city, she said.

John Tory said the violence was not characteristic of Toronto.

"These tragedies are not something we can ever accept or even expect in our city," he said after the debate. "... I hope that we just redouble our efforts, make sure we keep it a safe city and that involves a number of things we can do on law enforcement, but also on the social side."

Candidate Doug Ford was not asked for comment on the issue.

Schools across Ontario beefed up security policies after the 2007 death of 15-year-old Jordan Manners at C.W. Jeffreys Collegiate. After the mass shooting at Sandy Hook Elementary School in Newtown, Conn., in 2012, the Ontario government pledged $10-million to install video surveillance equipment and buzzers in schools to make them more secure.

John Yan, a spokesperson for the Toronto Catholic District School Board, said he could not confirm if the victims attended a board school, but if they did, the focus would initially be on support for grieving students and staff.

"Our first priority will be ensuring we have counsellors at the school," he said. "Right now, we're looking for more information and confirmation."

But while the victims of Monday's Etobicoke shooting were students, the shooting happened off school property.

Michael Snary, who lives in the area, told CityNews said he was walking his dog and heard shots. Moments before, he saw students running from Don Bosco.

"I thought there was going to be a fist fight. Next thing you know, I heard two gunshots," he said.

A grade 10 student at Don Bosco who did not want to given her name described the chaotic scene.

"People said that they were outside having lunch and they heard three gunshots and then everyone just started running from behind the [apartment] building into school," she said. The student said the dispute involved students at her school and started with a fight that broke out on Twitter last week.

"If social media has done that, I don't want to talk about social media," Ms. Rizzo said. "I'm sure it's not what Twitter did...it's what was said on Twitter."

Police say one young man was pronounced dead at the scene and another died in hospital. Based on reports from the first police officers to arrive, the victims were shot multiple times, Constable David Hopkinson said.

"It's a great deal of concern that there's people out there with firearms that use them. ...We are working on trying to bring those individuals into custody," Toronto Police Services Superintendent Ron Taverner said. "We believe this was targeted."

Detective Sergeant Peter Trimble said one male was taken into custody and is considered a person of interest. Neither officer would comment the suggestions that the shootings followed a fight. 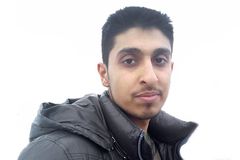 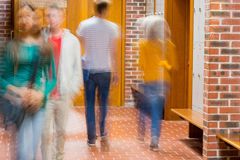 Follow Dakshana Bascaramurty and Jill Mahoney on Twitter @DakGlobe @jillsmahoney
Report an error Editorial code of conduct
Due to technical reasons, we have temporarily removed commenting from our articles. We hope to have this fixed soon. Thank you for your patience. If you are looking to give feedback on our new site, please send it along to feedback@globeandmail.com. If you want to write a letter to the editor, please forward to letters@globeandmail.com.
Comments are closed