An architecture professor at the University of Toronto has been acquitted on charges of sexual assault.

James Andrew Payne, 55, who usually goes by Andy, was charged in December, 2011.

Judge Geraldine Sparrow of the Ontario Court of Justice said three issues led to reasonable doubt in the case.

The testimony of the woman who had accused Dr. Payne changed in two substantial respects between when she talked to police the day after the assault and her court testimony, Judge Sparrow said. She also gave police a note typed by a friend without reviewing what it said. The note had been written while she was telling her boyfriend what had happened the night before.

Since 2002, Dr. Payne has been a full-time senior lecturer in the John H. Daniels Faculty of Architecture, Landscape and Design. Dr. Payne suspended all his teaching and student-related activities by mutual agreement with the university two years ago when the charge came to light.

Dr. Payne is facing another sexual assault charge, which will be heard later this spring. He will not be returning to teaching or be present on campus until further notice, the university said in a statement.

In his testimony last year, Dr. Payne told the court that the incident in question was not an assault, but that he did regret it the morning after.

Both Dr. Payne and the woman, then 21, have said they were neighbourhood acquaintances, although they differed in their versions of how well they knew each other.

"We are glad it's over and we were confident this is where we would end up," said Steven Stauffer, Dr. Payne's lawyer.

Opinion
Wynne’s plan to combat sexual violence is bold and hopeful
May 12, 2018 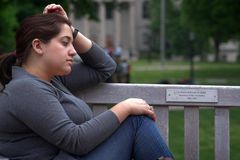