At least 26 licensed Toronto taxicab drivers applied to become UberX drivers but were denied because of failed background checks, according to court records filed by Uber and obtained by The Globe and Mail.

In its response this week to legal action from the City of Toronto, Uber Canada attempts to debunk the city's argument that the app-based taxi service is unsafe – a conclusion the city came to last year after conducting an undercover investigation into the company's operations. That investigation found issues with Uber's insurance coverage, driver screening and vehicle inspections.

Uber's response – which argues its safety standards are higher than the city's – is the latest in Uber's campaign to keep the city from shuttering its operations in Toronto.

"I do not have personal knowledge of the details of the background checks needed to become a municipally licensed taxicab or limousine driver in Toronto," writes Uber Toronto's general manager, Ian Black, in a sworn affidavit filed to the Ontario Superior Court of Justice on Wednesday.

"However, I am aware of at least 26 uberX applicants, who were current licensed Toronto taxicab drivers, and who failed to meet the above-noted standards, based upon a background check conducted by ISB." Milton, Ont.-based ISB Canada Inc., which offers employment screening, is the company contracted by Uber to conduct its criminal background checks.

The City of Toronto applied for an injunction last year against Uber, seeking to prevent the company from operating in Toronto, and arguing that the service poses "a serious risk to the public." The case is scheduled to be heard in courts in May.

Spokespeople for both Uber and the City of Toronto declined to comment on the latest court records.

The app – which describes itself a technology company to operate outside of existing taxicab regulations – pairs passengers with taxicabs, while the UberX service allows ordinary drivers to pick up passengers, and charge fares.

In December, The Globe reported that the legal action came after an exhaustive investigation by the city, including paying two undercover investigators $8,500 to pose as UberX drivers to record details of the company's driver screening process.

The city concluded from that investigation, which was conducted by two former Toronto Police officers, that there are "real and urgent" safety problems with Uber. The investigators highlighted, for example, the fact that it took less than one week to apply and become approved as an UberX driver.

But in its response this week, Uber outlines in detail its driver screening program, in an affidavit written by ISB manager Johanna Clifford. Ms. Clifford writes that Uber's screening program includes a criminal-record search against the RCMP database as well as checks for driving violations, both consistent with city's screening of taxicab drivers.

And while the city investigators' report in November alleged that the former officers were never asked to undergo a vehicle inspection, it appears that Uber has since increased its inspection requirements.

Still, Mr. Black argues, Uber's electronic record of rides – including the names of both passenger and driver – is an additional safety measure that passengers don't have when flagging down an ordinary city-licensed taxicab.

"I believe that the existence of an electronic record of each ride ... helps to deter crime, thereby protecting both passsengers and drivers," he writes.

The latest back-and-forth comes as the Uber remains under fire all over the world over safety and privacy concerns. Uber Toronto has since launched a campaign to remake its public image, admitting to "missteps" since its 2009 launch, and asking for the cooperation of lawmakers.

According to the city's lobbyist registry, lobbyists for Uber have met with at least 20 members of council as well as staffers in the mayor's office in the past year, with the majority of those meetings happening in the past two months. 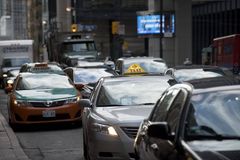 Inside Toronto's Uber investigation
May 12, 2018 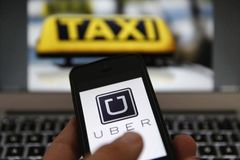 Instead of blocking progress, Toronto should encourage Uber
May 12, 2018

Opinion
The Ubers are destined to win the taxi wars
May 12, 2018