To hear Uber tell it, they're not so much breaking the rules in Toronto as choosing not to follow a bylaw that doesn't really apply to them.

The distinction infuriates opponents and illustrates the tightrope Uber has been walking in the city. The company pushed into Toronto, in stark contrast to its approach in some other jurisdictions, and has been operating "outside the law" while hoping to force a change to the rules.

Now, after months of heated debate and protests over the role of Uber, an end-game is approaching. New regulations are being drafted by Toronto city staff and are expected to be released next month. The company hopes that these will give their operations a legal imprimatur, while potentially serving as a model for other Canadian cities.

"Legal scholars call this regulatory arbitrage," said Brishen Rogers, a professor of law at Temple University in Philadelphia who has studied Uber.

"You follow some rules and try to skirt around some others and you break some others. And you know, Uber's calculation, and I have to sort of admire their chutzpah in some ways, is simply that their product is good enough that sometimes if they break the rules they'll be able to change the rules, because the consumers will want them to be in the city so badly. And that has happened."

The company's sharp-elbowed approach is not without risk, though.

Uber's argument that the current rules don't really apply to them will disappear once Toronto passes new regulations. While Uber has been willing to expand in some cities places even as local politicians figure out how to regulate their model, they suggest they will follow new rules once these are put in place. And when Calgary implemented rules that make it hard for Uber to operate – prompting the company to say it would pull out – it demonstrated that Uber can be regulated into submission, without needing to be banned.

Uber Canada general manager Ian Black said they are hoping Toronto's rules are closer to what were drafted in Edmonton, a format he said would allow the firm to operate, than to the Calgary model.

"We're in the midst of a shift in how people use transportation and the types of transportation they use," he argued. "Toronto introducing regulations that would potentially disallow the ride-sharing model would really be a step backwards from a public-transportation point of view."

If Toronto's new rules aren't too onerous, they will validate Uber's approach in the city, which is very different from their tactics in some other parts of the country. The company has stayed out of jurisdictions like Halifax and Winnipeg, choosing not to flout their regulations. In British Columbia they are standing by and waiting for politicians to come up with new rules.

The company does not spell out specific reasons for each different approach, but acknowledge that these include factors like the size of a market and the possibility of political push-back. And in Canada's largest city, where Uber has a few years of history and many loyal users, they have showed themselves willing to fight.

"Ride-sharing is now a model that's used by over a million people in Toronto," Mr. Black said, reiterating the company's longstanding argument that putting UberX on hold until new rules are tabled would be unfair to both drivers and customers. "It really is an integral part of the transportation network now."

The debate over Uber has roiled urban transportation. The taxi industry is particularly concerned, saying that they invested in a legally regulated monopoly only to see interlopers picking up passengers in private cars. Some transit agencies have expressed concern about loss of market share on their most lucrative routes.

In Toronto, a few hundred UberX drivers have been charged since the autumn. A local taxi driver is separately pursuing an injunction to shut down the company, hoping to be in court within weeks. But Uber's clientele continues to be very loyal.

"Uber cast itself in the cloaks of this sort of sharing-economy ethos … this idea that technology's solving a problem, to get to a level of trust with younger segments of consumers, who then come to the conclusion that really Uber's the better solution," said Markus Giesler, a marketing professor at York University's Schulich School of Business.

"When it comes to institutional players – a.k.a. the representatives of the old order, you know, city governments, labour unions, consumer rights organizations – Uber can afford … to have a pretty bold, sort of almost like a bully approach, because [their opponents are] the ones that are the losers of the new order." 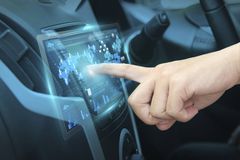 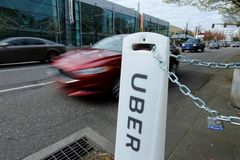