It's taken for granted as an inevitable part of urban living: streets and sidewalks obstructed by the never-ending maintenance and construction throughout the city.

Enter the Urban Umbrella. This project to replace the traditional scaffolding structures erected over city sidewalks during building repairs was introduced in New York city early last month. The design, created by architecture and engineering firm Agencie, features a lighted umbrella shape that is as aesthetically pleasing as it is structurally sound, according to Canadian engineer Sarrah Khan, who worked on the project.

"It's really, really strong," Ms. Khan said. "It's three times stronger than what one of the bleachers in the SkyDome is designed for."

While New York's construction companies are not required to use the new design, it has been hailed by Mayor Michael Bloomberg. And, since Urban Umbrella costs about the same as traditional scaffolding, the firms are being encouraged to adopt the sleeker design. U.S. cities like Seattle have also inquired about the idea, Ms. Khan said, but Agencie has yet to see any interest from Canadian cities. Still, she said, the design would work well in Toronto. With more than 130 condo buildings going up in the city, downtown sidewalks are rife with the traditional structural eyesores.

"We'd love to bring it to Toronto," said Ms. Khan, who hails from Sarnia and got her MSC in engineering and architecture from Columbia University. "I think the [scaffolding]sheds have a similar negative impact."

It's removing that negative impact and reclaiming the space, while still providing the function needed by construction companies, that inspired Ms. Khan's design.

"It's kind of this intersection where construction meets the public and the construction side has been winning that battle for a long time," she said. "Now there's an awareness that these are our sidewalks, this is part of the city."

Ms. Khan is not alone in recognizing the public's desire the reclaim city space. Scott Burnham is an urban strategist who has worked in cities around the world, including Montreal. He focuses on projects that allow the public to use city space in creative, artistic, and functional ways.

In Amsterdam he created Urban Play: a series of art installations that encouraged the public to interact, by adapting and changing the designs to their whim. One such installation, Sculpt Me by Marti Guixé, was made of a stack of concrete blocks with chisels and hammers, allowing the public to create a collective sculpture.

For Mr. Burnham, the goal of these kinds of projects is to change the way we see our own city.

"It can be very practical, but on another level, it just changes our relationship with the city," he said. "You get a sense of the human part of the city. It's almost like being whispered a secret."

In Toronto, local artists and rebels alike endeavour to inject the human element into city streets. Artist Karen Abel participated last May in Outside the Planter Boxes, a local project to reclaim abandoned city plant boxes as public art installations. Her design, PBR Flowers, repurposed discarded beer boxes found in a planter along Brock Avenue, turning them into handmade flowers, which she "planted" in the box.

For Ms. Abel, the sense of community she gained from the experience lasted even longer than the flowers themselves.

"I was even invited back later that summer for a street barbecue hosted by [a local store owner] We shared a dinner right there on the street one evening, seated around the planter with a group of locals," she said. "On this one street corner, I was very briefly part of a kind of micro-community through art production."

She sees potential for Toronto to embrace more of these kinds of projects, be it Urban Umbrella or a public art display, to engage with the urban environment in a personal way.

"A lot of it is already happening out there in the city," Ms. Abel said.

"People in the city are curious and have a tendency to want to be a part of anything that seems new and different." 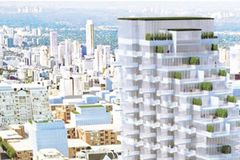 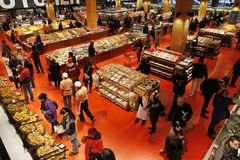 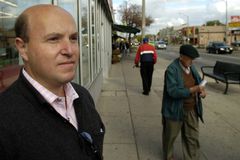 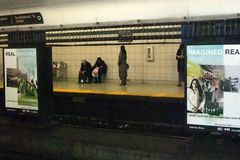