Authorities are spending a quarter of a billion dollars renovating the shed behind Union Station where the trains stop. One teensy hitch: As things stand now, the new electric trains that are supposed to glide in one day won't fit.

The old steel arches that span the shed are too low. Engineers can't take them out because the station is a National Historic Site and the unlovely old shed, built in 1929-30, is considered a heritage feature. Houston, we have a problem. How do you put electric trains on the GO Transit system unless you can run them into its central hub?

The provincial government wants to replace the current diesel trains with electric, which get their juice from overhead wires, known as a catenary system. The shed is too short for the new system by a matter of inches.

Experts at Metrolinx, the provincial transit agency, are scratching their heads about how to solve the problem. One option is to adapt the catenary so it fits under the arches, perhaps using a rigid rail instead of wires, as some railways do when they run trains through tunnels.

Another is to dig up the tracks and lower them a bit, so the trains can fit under the arches, but there is only so far builders can dig before they hit the thick supporting slab underneath the shed.

In the worst case, they would have to raise the roof. That would mean cutting through the dozens of columns one by one and inserting new sections to make them taller. It would be a tedious and expensive job – just how expensive they can't say yet. Because it would be impossible to raise the whole huge roof at once, engineers would have to jack it up in parts, raising each bit by bit. Like all the renovations at Union, the work would have to be done while the station is operating.

On a recent tour, Michael Wolczyk, Metrolinx's vice-president in charge of corridor infrastructure, said he was "confident, probably 75 per cent" that engineers would find a way to avoid raising the roof. "We've got a lot of great minds working on it." To help out, Metrolinx has hired one set of consultants to give advice on GO electrification and it's seeking another to advise on the train shed.

Apart from the matter of clearance, there is another little issue. The new overhead electrical will have to be grounded to prevent people on the platforms from getting a shock. That means digging down into the shed floor, gobbling up more time and money.

The obvious question is why project managers didn't foresee all of this and plan for it in the first place. Their answer is that electrification wasn't a sure thing when they started. Design work on the train shed began in 2006, when electrification was much discussed but far from confirmed. Although Metrolinx finally announced in January, 2011, that it wanted to electrify GO as part of a shift to more frequent regional rail service, Queen's Park didn't promise hard cash until last year.

In the meantime, engineers did some work to prepare for possible electrification. They made sure the new smoke vents in the train shed roof were flush with the steel rather than protruding below it. That will buy them some precious space. They changed the window washing system, giving up on the idea of spraying and washing a new glass atrium from below – bad news if there are electrical wires overhead. They have put off another job, waterproofing the track bed, until they do the grounding work.

Rejigging the shed for wires, says Mr. Wolczyk, would have been pointless before electrification got a green light – no cheaper to do then than it may be now. Regardless, engineers face a giant headache.

Doing over the train shed was complicated from the beginning. Since 1975, Union Station has been designated a National Historic Site, "the country's finest example of a classical Beaux-Arts-style railway station." That means the renovators have to take exquisite care to preserve and restore its heritage features, from the pillared facade on Front Street to the brass door fittings to the Missisquoi marble in the Panorama Lounge.

The train shed was designed by railway engineer A.R. Ketterson after a plan that American Lincoln Bush came up with in 1904. The so-called Bush Shed consists of a network of steel arches supporting low roofs, with vents to let out the smoke. This was more practical and economical than the huge vaulted roofs that distinguish some classic railway stations.

It's not the most attractive feature – the old Union Station train shed was a dark, claustrophobic place – but it bears a heritage label all the same. Heritage authorities let the Union renovators replace part of the shed with the big, bright glass atrium. It's open now and it's a beautiful thing. The rest of the shed roof – seven acres of it – has to stay.

Renovating it has been a round-the-clock endeavour for the past six years. Contractors have to sandblast off the old lead paint, carefully tarping off their work space to control the dust. They have to repair patches of degraded steel. They have to pulverize clumps of concrete with high-powered water jets. They have to prime and paint the metal work.

It's all part of a vast effort to make Union a more efficient and attractive hub for the throngs of commuters who stream through it every day. Transportation authorities are expanding and modernizing the rows of tracks and platforms where GO and Via Rail trains drop off and pick up passengers. The whole train shed project is costing an impressive $248-million. Any further costs from adapting the shed for electric trains will come on top of that. 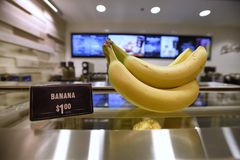 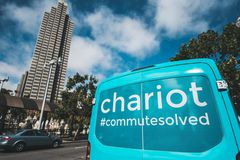 Union Station users in for ‘a pleasant surprise’ with York Concourse opening
April 24, 2015 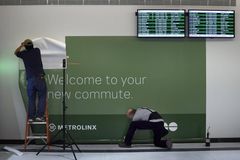