A budding physician who unwillingly became a father after a brief fling has no grounds to sue the woman for emotional harm – even if she allegedly lied about being on the pill, Ontario's top court ruled Thursday.

In upholding an earlier ruling on the case, the Ontario Court of Appeal said the woman's alleged behaviour was not enough to open her up to the man's highly unusual claim for damages.

"I see no basis on which to impose liability on the mother for any net negative impact (he) may consider that he has suffered due to his having fathered the child," Justice Paul Rouleau wrote for the court.

Allowing the father to recover damages from the mother for the unwanted birth would run counter to a clear trend in family law to move away from faulting one partner over another, Rouleau said.

Court documents show the Toronto couple – who can only be identified as PP and DD – had a fling that lasted less than two months in 2014. They had unprotected sex on several occasions after DD allegedly told PP that she was taking birth control – an allegation not tested in court – leading him to believe she had no plans to have a baby.

Shortly after they broke up, PP, in his early 40s, was shocked when DD, in her late 30s, texted him to say she was pregnant, court documents said. Their child was born in early 2015.

PP sued DD for more than $4-million for fraudulent misrepresentation, arguing he suffered emotional harm from his unplanned parenthood. He claimed DD's deception over her use of the pill had deprived him of the benefit of choosing when and with whom he would become a dad.

"He wanted to meet a woman, fall in love, get married, enjoy his life as husband with his wife and then, when he and his wife thought the time was `right,' to have a baby," PP said in his statement of claim.

In January last year, Superior Court Justice Paul Perell struck the claim without a hearing on its merits after deciding PP had no legal grounds to sue. Perell also banned publication of the couple's names to protect the child, who might one day discover the "salacious and ignobly pleaded" facts of the case.

Essentially, Perell ruled that fraudulent misrepresentation could only give rise to a claim for financial damages –not for emotional distress. He also decided any emotional harm PP suffered did not amount to a personal injury.

Perell did recognize that if DD had lied about taking the pill, it would have undermined PP's consent to their sexual activity – potentially making him the victim of a civil sexual assault. However, the judge concluded PP's issue was not the sex, but the unplanned parenthood.

The Appeal Court, however, found that a fraud that causes no loss cannot give rise to a lawsuit for damages, and that PP's emotional distress didn't count as a loss. It also said he suffered no physical injury or "pathological" emotional harm.

"The damages consist of the appellant's emotional upset, broken dreams, possible disruption to his lifestyle and career, and a potential reduction in future earnings, all of which are said to flow from the birth of a child he did not want," the Appeal Court said.

Allowing the claim to proceed, the Appeal Court ruled, would run contrary to Ontario's family law regime, which imposes equal obligations on both parents without regard to fault or intention in the best interests of the child.

The court, which looked to Britain and the U.S. to find similar cases, also ruled that DD's alleged deception about her use of the pill did not expose PP to the risk of serious physical injury during sex he willingly took part in. As a result, the court said, DD did not violate PP's right to physical or sexual autonomy that could be viewed as an assault.

The panel also noted that PP accepted the small pregnancy risk that exists when a woman takes the pill and has unprotected sex. 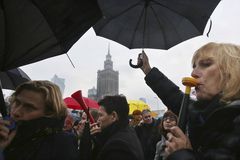