Parkway Forest at Sheppard and Don Mills is one of the those sixties-era apartment complexes that you see all over suburban Toronto. Until recently, it was much like the others.

Squat apartment blocks and brick townhouses stood far back from the main streets, surrounded by parking lots and empty lawns. There were few stores at ground level. The streets were built for cars, not people.

"Typically, what you got in the sixties was these big buildings surrounded either by surface parking or just undifferentiated green space that didn't really belong to anybody," says Toronto architect Brian Andrew.

Working with an international developer, Mr. Andrew is trying to change all that. Under a site plan put together by his firm WZMH Architects, Parkway Forest is being transformed.

Three new condominium towers are going up on the 32-acre site. New mid-rise rental buildings come right up to the edge of the main streets, with room for stores on the ground floor. New walkways and new streets with proper sidewalks and shade trees aim to make the neighbourhood more welcoming for pedestrians, eliminating the blank No Man's Land that residents had to cross to get anywhere.

The development will boast a new plaza at the southeast corner of Don Mills and Sheppard and new public art – a series of colourful cones and cylinders by Vancouver artist Douglas Coupland. "This revitalization project tackles the unique challenge of transforming a 1960s 'garden city' development of suburban towers into a denser, more urban and intensified community," says the architect's website.

Its fact sheet on the plan overflows with buzzwords of the new urbanism. New buildings flush with the roadway will create "eyes on the street" and make for a safer neighbourhood, an insight borrowed from Jane Jacobs. The buildings and landscaping are being arranged to give the area "gateways" and "focal points." In between some of the new buildings, European-style courtyards with benches and small playgrounds have emerged.

Density on the site is to more than double, with 2,200 condo units and 332 rental units to replace demolished apartments buildings.

But at least five of the original buildings are to remain. Instead of razing everything and starting fresh, the architects seek to mingle the new with the old.

"I think the lesson of the project is that it's actually entirely possible to integrate new density with existing buildings and have the sum being greater than the total of the parts," says Mr. Andrew. "You intensify without disrupting the existing pattern."

City planner Leo DeSorcy says that, during community consultations on the project, residents made it clear they like the leafy feel and open spaces of the area. The redevelopment seeks to retain that feel by including plenty of green space and making sure that tall buildings are set back from the street or set on podiums so they don't loom too large. "We wanted to keep the park in Parkway Forest," says Mr. DeSorcy.

The project is an attempt to solve one of the biggest puzzles facing Toronto and other North American cities: how do you urbanize the suburbs? How do you add density and street life to sprawling communities designed around the motor vehicle without wrecking their character?

Whether Parkway Forest can answer those questions will not be clear for a few years yet. The phased development, planned as far back as 2004, will be under construction for another eight to 10 years. In the meantime, the neighbourhood still has its problems. There was a shooting in an underground garage of one of the original apartment buildings this week.

Whether it can serve as template for rebuilding other suburban apartment complexes is an open question, too. Parkway Forest attracted the attention of an Israeli developer because it is right at the terminus of the Sheppard subway, which has an entrance just below the new condo towers.

The 401 and 404 border it, too. Apart from good transit and road connection, it has a public school and a busy public park, and is getting a brand-new community centre. Most suburban apartment complexes don't enjoy those natural advantages.

Still, the project is a promising model for remaking the suburbs without trying to turn them into Queen Street West. 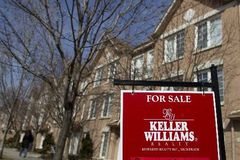 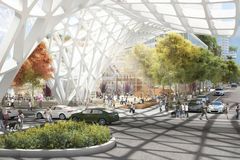