A controversial acquittal in what's believed to be Canada's first criminal harassment trial involving Twitter is being hailed by some as a victory for freedom of speech and condemned by others as a green light for online attacks.

Murmurs rippled through a packed Toronto courtroom Friday as Gregory Alan Elliott was cleared on all charges stemming from his dealings with two local women's rights activists, Stephanie Guthrie and Heather Reilly, on the popular social network.

The decision, which focused heavily on the nature of Twitter and freedom of expression, also made waves online, with supporters and opponents weighing in on the verdict's significance.

"It's a significant decision because the judge spent some time grappling with freedom of expression and thinking through how people communicate on Twitter and what the implications of it are or could be, but it's also very context- and fact-specific and looking specifically at the evidence in this case," she said.

"So in that sense I think it has somewhat limited value as a precedent because it's always going to depend on the specific facts and context that we're talking about."

Elliott, a graphic designer and father of four, was arrested in November 2012 after months of tweeting back and forth with the activists.

The pair testified at the trial that they believe Elliot kept tabs on them and their whereabouts through social media, even after they blocked his account.

He continued to contact them, they said, in part through the use of hashtags he knew them to be involved with.

While there is "no doubt" that Guthrie and Reilly were harassed by Elliott, either due to the volume or content of his messages, that alone does not meet the legal threshold for a conviction, Ontario Court Judge Brent Knazan said.

In order to convict, the Crown must prove the accused knowingly or recklessly harassed another person through conduct that caused them to reasonably fear for their safety.

Elliott's tweets contained nothing of a "violent or sexual nature," and there was no indication he intended to hurt the women so their fear could not be justified, Knazan said.

In the posts, Elliott was largely explaining himself and furthering his views "however offensive or wrong they may be," the judge said, while recognizing the language could be "vulgar and sometimes obscene."

Guthrie and Reilly were unreasonable in expecting Elliott to keep out of Twitter conversations they were involved in simply because they asked him to, nor could the use of hashtags be considered an attempt to contact them directly, he said.

"Once someone creates a hashtag, anyone can use it," he said. "Everyone has to be able to use it freely; anything less will limit the operation of Twitter in a way that is not consistent with freedom of expression."

Elliott's lawyer, Chris Murphy, said outside court that the ruling should be reassuring to all social media users.

"If you're defending yourself and speaking politically, you don't have to worry about someone's fear being reasonable," he said.

Elliott said he felt vindicated that he had done nothing wrong.

"I'm not guilty and everything I did, I thought was within the law, so I don't know if I would change anything," he said.

"Freedom of speech is about expressing your opinions, your emotions, and if it's taken out of context or misunderstood or misconstrued by others, you shouldn't have that forced upon you."

Many were quick to express their support.

"Congratulations greg—a—elliott on your historic victory for free speech. And welcome back to the internet! #FreedomOfTweets," one wrote.

"Welcome back, mate, and congrats. Free speech prevails," another tweeted.

Others denounced the verdict, like the Twitter user who called it "A victory for creeps, misogynists & trolls of all kinds." 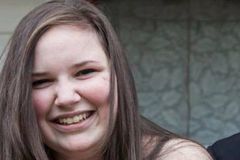 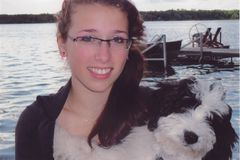