His lawyer's response? Not a chance.

"There is no way, shape or form that is going to happen," Peter Lindsay said.

The Chinatown grocer is facing assault and kidnapping charges after he and two of his employees tackled, bound and locked a thief in a truck.

Mr. Lindsay says Crown attorney Colleen Hepburn gave his client the option of pleading guilty to forcible confinement and concealment of a weapon in exchange for a suspended sentence, 18 months probation and having the more serious kidnapping and assault charges dropped.

That offer is "insulting," Mr. Lindsay said, and he flat-out refused it despite warnings that the Crown will ask for a jail sentence for Mr. Chen if the offer is turned down.

Ms. Hepburn and a spokesman for the Ontario Attorney-General's office declined to comment Thursday.

In footage caught on surveillance video May 23, Anthony Bennett is seen taking $60 worth of plants from outside Mr. Chen's Lucky Moose market and leaving on a bicycle. On the tape he returns an hour later, is confronted by Mr. Chen and flees on foot, with Mr. Chen and his employees in hot pursuit.

The three men caught Mr. Bennett, tied his hands and feet and locked him in a delivery truck until police arrived. All three are now charged with assault, kidnapping, unlawful confinement and carrying concealed weapons.

Mr. Bennett pleaded guilty to two charges of theft - one at Mr. Chen's Lucky Moose market and one at a florist store on King Street West - in August. He got a reduced sentence of 30 days, instead of the 90 the Crown prosecutor wanted, because he has agreed to testify against Mr. Chen - the man who caught him.

Mr. Chen was in court at Old City Hall surrounded by supporters Thursday, hoping to have all four charges withdrawn; instead, he's waiting until Nov. 3 to find out whether the Crown will drop the kidnapping charge against him. It's likely the other three will stand.

Mr. Lindsay plans to challenge Canada's citizen's arrest laws. Right now, a property owner or someone acting on a property owner's behalf can arrest someone without a warrant if they see that person committing a crime on their property.

That definition is too narrow to allow people to protect their property, Mr. Lindsay says: He argues it should be changed to allow private citizens to arrest people they suspect committed or will commit a crime.

Business owners in the area have rallied around Mr. Chen, raising more than $5,000 to help pay his legal bills and sending dozens of letters to everyone from the Police Services Board to the Ontario Attorney-General calling for charges against Mr. Chen to be dropped and Canada's citizen's arrest laws to be changed.

Immigration and multiculturalism minister Jason Kenney threw his support behind Mr. Chen in a media appearance last month coinciding with the 60th anniversary of the People's Republic of China. The minister was sympathetic, Mr. Chen said, but they haven't heard much since.

Lawyer Mr. Lindsay has collected affidavits from numerous business owners in the area around Chinatown who say they recognize Mr. Bennett as the same man who has been stealing from their small stores previously. One woman, who owns a store on Spadina Avenue with her husband, said Mr. Bennett has been stealing from her for 10 years - the latest incident just two weeks ago.

Police spokesman Mark Pugash said he understands people's frustration, but those allegations are untrue and don't justify breaking the law to nab a suspect.

"Can we get to every shoplifting call as soon as every victim would like us to? No, we can't, and we're not going to pretend otherwise," he said. "[But]frustration does not allow you to ignore the law.… You can't have as a defence, 'Well, I was annoyed.'"

Mr. Pugash said police have ramped up activities in 52 Division since May in response to anger surrounding policing in the area.

Trinity-Spadina NDP MPP Rosario Marchese said he has heard a lot from frustrated shopkeepers, and is holding a meeting Friday night to discuss crime in the area. But the idea of expanding citizen's arrest laws makes him nervous, he said, adding that he hopes residents can look for alternative solutions.

"I understand the frustration - I do," he said. "[But]we need to ask the question, 'How much more power do we, as citizens, want? … How much do we want to put ourselves at risk?'" 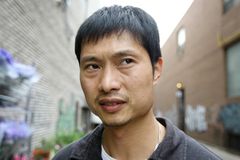 Kenney lends support to shopkeeper
September 27, 2009
Follow us on Twitter @globetoronto Opens in a new window
Report an error
Due to technical reasons, we have temporarily removed commenting from our articles. We hope to have this fixed soon. Thank you for your patience. If you are looking to give feedback on our new site, please send it along to feedback@globeandmail.com. If you want to write a letter to the editor, please forward to letters@globeandmail.com.
Comments are closed