In the past four decades, Jim and Marie Milners' neighbourhood along the beach in Burlington, Ont., has been picked apart. Their street and the ones that connect to it have become gap-toothed smiles: a smattering of houses interrupted by several empty lots. Dozens of neighbours have left, and their homes were bulldozed to the ground. For such prime waterfront real estate, it doesn't add up.

In 1976, the Region of Halton created a policy to buy out the homes along Burlington beach with a plan to expand public parkland. Many of the houses that bordered the water were on leased land, so when leases were up, residents were forced out. Thirty homes remain – including the Milners' – and residents have dug in their heels. After decades of limbo, they came closer Friday night to learning the fate of their houses.

Facing this steely opposition, the three partners in the development of the waterfront park (the City of Burlington, the Region of Halton and Conservation Halton) may finally introduce a timeline on acquiring the remaining homes, as well as dedicate funds to move forward with waterfront development plans.

A city staff report released Friday night recommends the purchase of only four properties of the 30 identified within a 10-year period. The report will be discussed by council next week. It's a position Burlington Mayor Rick Goldring says he largely supports, although he says he wants clarity on how long the identified homes could remain occupied.

While the three waterfront partners have not yet established a plan for what they would do with the land, Mr. Goldring says one of the priorities for improving the beach is widening the two-kilometre stretch of pathway that winds alongside the Lake Ontario shore.

The path is the dividing line between what is currently public property – the cluster of trees and bushes on top of sand dunes that borders the beach – and private property – the residents' fenced-in backyards.

"These homes do not impede anybody from using the beach," Mr. Milner said.

On a weekday afternoon, the long stretch of freshly groomed sand is mostly empty, save for a few sunbathers who are sitting down the beach, closer to downtown Burlington. Down the road from the remaining beachfront houses are several parking lots with cleared pathways that take visitors to the beach.

Another possible plan as outlined in the City of Burlington's recent staff report is moving parking lots from the side of Lakeshore Road that is closest to the beach to the other side, where most of the waterfront homes in question are.

Conservation Halton points to reasons for wanting the land that go beyond improving access to the beach. In a report, it highlighted the ecological significance of the property (which is home to many species of wildlife and plants) and the need to protect it. It also notes that the homes in question are in a zone at risk for flooding.

Burlington's mayor, as well as Marianne Meed Ward, a local councillor who has been vocal about her opposition to the acquisition policy, say if the city is now recommending some but not all houses should be bought out within a decade, residents of those homes deserve to know if they're on "the list."

"These people have been in a twist for decades," Ms. Meed Ward says. "They're even more unsettled knowing there's a list out there of identified properties and wondering if they're on it."

The Milners were relieved to learn Friday night that, after nearly 40 years in limbo, their house has not been chosen. "We're quite happy we're not on that list," Mr. Milner said. "I'm hoping that this is what [council] is going with."

Despite the reprieve for many, Ms. Meed Ward says she's still concerned that the city could try to purchase the remaining properties later on. "This just preserves the status quo [of the acquisition policy]," she said. "It actually doesn't change a thing."

Mr. Goldring said some homeowners along the beach have confessed to having trouble selling their houses because of what buyers see as a looming threat of expropriation.

Next week, Burlington council will debate the issue; on Sept. 23, councillors will vote on whether the beachfront homes should be purchased to increase parkland. The matter will then go to the Region of Halton in October for final approval. 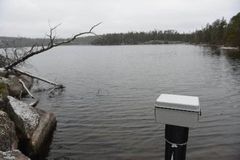 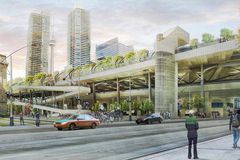