Brampton, Ont. has gone from a quiet bedroom town to a booming community more than half a million people. Its growth has been fuelled by an immigrant population reaching 50 per cent in 2011.

Below, explore the entire series by Globe reporter Dakshana Bascaramurty. Drill into the demographics and data behind Brampton's stunning growth. Explore the changing face of the city through unique satellite imagery and short dispatches, or read the full feature story. 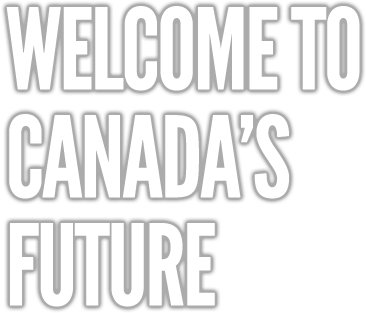 Satellite imagery provided by Google shows Brampton's sprawl since 1984. Located just west of Toronto, the city grew significantly from the late 1990s to today, with major developments after 2000 in the north and west. The city's 2012 border is overlaid.

Less than four decades ago, Brampton, Ont. was a quaint bedroom community of just over 100,000, located west of Toronto and surrounded by vast farmers’ fields.

Since then, it’s had an enormous population boom, vastly outpacing Canada's growth rate. Today it’s home to more than half a million residents, making it Canada's ninth-largest city.

It’s a suburban city that’s become a hotbed of demographic changes that are sprouting up in other parts of the country. From planning to politics, health care to education, the way Brampton has adapted to its growth could be a model for the rest of Canada.

Brampton has become one of Canada’s biggest immigrant magnets. The housing is more affordable than neighbouring Toronto and its location beside Pearson International Airport and a series of major highways has made it a hotspot for major warehouses, which employ many newcomers.

The share of immigrants in Brampton more than doubles the national average. In 2011, 21 per cent of Canadians were immigrants, compared to 51 per cent in Brampton.

The first wave of settlement in Brampton in the mid-1800s brought in British and Scottish migrants, followed by Irish ones. Then came the Portuguese and Italians in the 1960s onwards, and in the 1990s South Asians began flocking to the city in large numbers. Today, South Asians make up 38 per cent of Brampton’s population.

The chart shows the size of different ethnic origins in Brampton, growing from primarily British origins to a much more diverse community. The latest data show 159,600 Bramptonians identify as East Indian.

The impact of this last wave is visible on the ground: Sikh gurdwaras (community hubs) have popped up across the city, houses are built with the multigenerational family in mind and shopping plazas are dominated by halal butchers and Indian sweet shops. 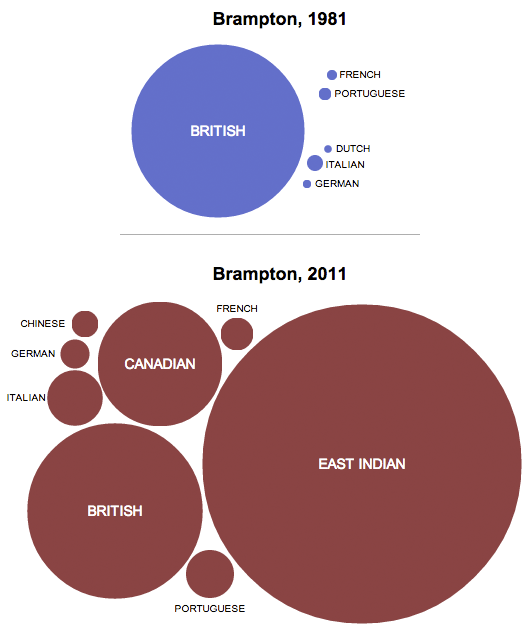 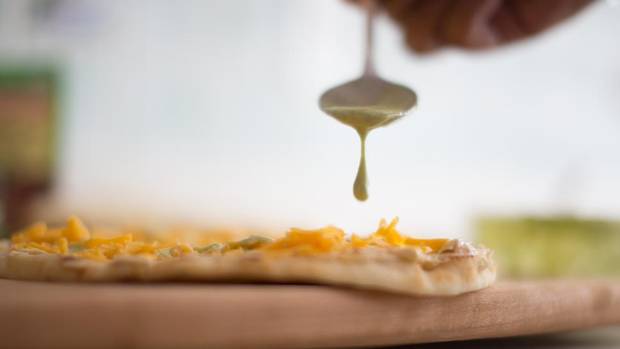 Home cooking is where it's at in Brampton

Once a year before winter starts, Rick Matharu’s mother and grandmother perform a pungent annual ritual in the backyard of their Brampton home. Mr. Matharu retrieves a one-litre Mason jar from the fridge and encourages me to take a whiff of its lightly browned, oil-slicked contents: sweet, sauteed onions. Several pounds of them cooked down in this jar. 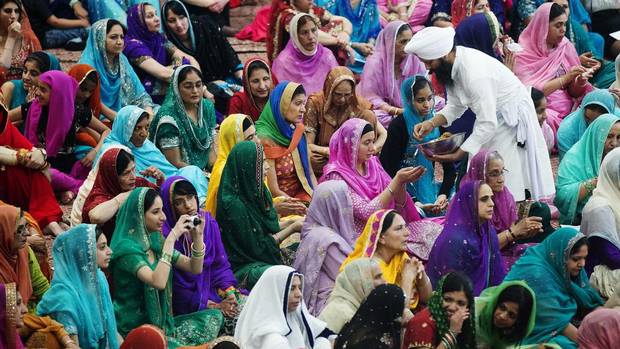 Gyms, libraries, lunch — the gurdwara's got it all

The wedding crasher doesn’t fit the stereotype. He’s an elderly Sikh man with a long white beard, powder-blue turban, casual clothes and dollar-store rubber flip-flops on his feet. He pedals his bike up to the entrance of the Dasmesh Darbar gurdwara in northeast Brampton, a gleaming white structure with striking minarets, parks it, and follows in the real wedding guests who are dressed in expensive silk shalwar kameez dripping with sequins and gold-thread embroidery. 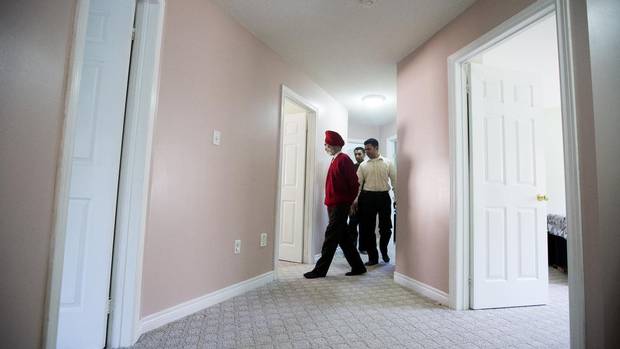 In Brampton, three generations, one house

When I pull up to the grey-brick, two-storey on Rollingwood Drive near Sheridan College in Brampton, there’s nothing about its exterior that hints at the large cast of characters that inhabits the space. 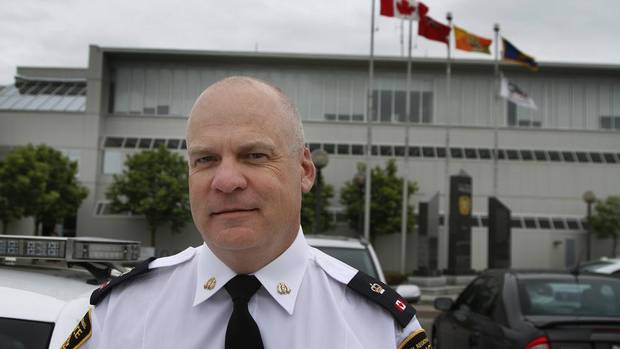 It wasn’t a question cops in Brampton had to answer much 20 years ago, when Brampton’s population was 256,000 and much of its northern region was still farmers’ fields.

Following an immigration boom that’s made Brampton more than twice as big as it was in the early nineties, that question is one of the new realities of policing in a city of more than half a million people, many of them newcomers. 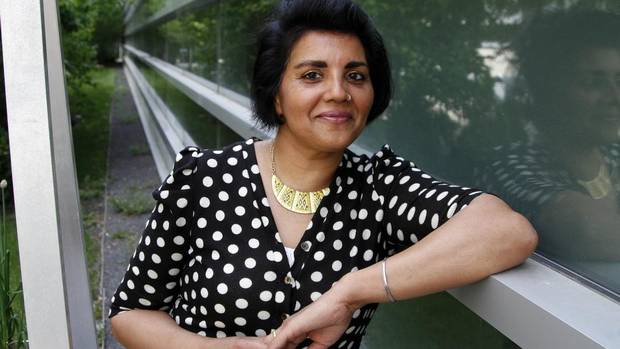 Diversity services in Brampton: A new frontier in treating patients

In Brampton Civic Hospital, the palliative care unit – where patients go to die – can be the most lively.

There are the sobbing family members, the revolving door of friends who come to pay their respects, and, in this suburban hospital that serves one of the most diverse populations in Canada, plenty of religious rituals. 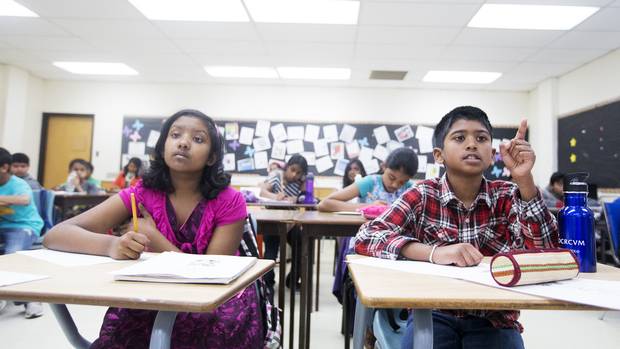 From Mandarin to Urdu, these schools are ahead of the curve

Forget about Saturday morning cartoons. In Brampton, thousands of elementary school students spend their weekends attending classes in Gujarati, Vietnamese, Tamil and Punjabi. Most are learning or re-learning their mothers’ tongues and the provincial government is picking up the tab. 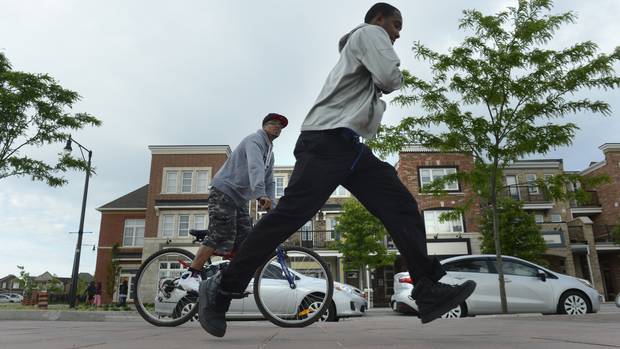 Brampton, Ont. may be a model for how Canada deals with planning

With its pedestrian-friendly design, a major transit station at its nucleus and mid-rise buildings that place condominiums above hair salons, Mount Pleasant Village is one of Canada’s most progressive subdivisions – and it’s in Brampton, Ont., a city infamous for its sprawl.

Like many other once-unassuming municipalities in Canada – Richmond near Vancouver and Longueuil near Montreal – Brampton is no longer just a satellite of the metropolis-next-door (in this case, Toronto). 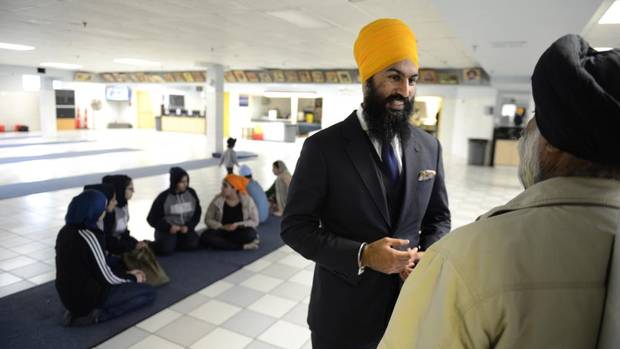 Politics and prayer go hand in hand in Brampton, Ont.

Sukhi Vaid pines for the days when going to the gurdwara – the centre of religious and community life for Sikhs – was about spiritual enlightenment. As far as he’s concerned, the ones near his home in Brampton have devolved into spaces for political glad-handing and not much else, so he no longer attends.

“Nowadays, politics prevail. And religion? It’s secondary. That’s what these gurdwaras are based on now,” said Mr. Vaid, who manages a trucking company. “If I want to pray, I can pray at home.”

Interactive by STUART A. THOMPSON
FEEDBACK