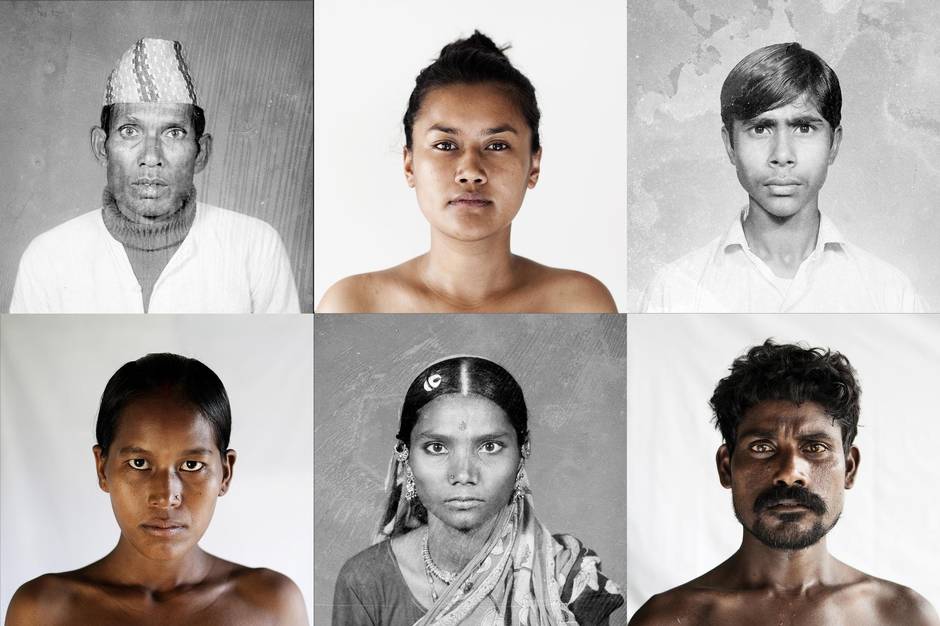 It took a residency in Toronto for Kathmandu-based photographer NayanTara Kakshapati to wrap her head around a vital question: What does it mean to be Nepalese? The results of her stay, the exhibit Being Nepali, recently opened at Gallery 44, which hosted her for a month late last year in collaboration with the South Asian Visual Arts Centre.

The question of identity is a central concern to many Nepalese as the country continues its rocky transition from monarchy to federalist democracy. It is in the midst of a blockade along the southern border, where a movement in the Madhesi community has been protesting against the passing of a new constitution last September; provincial boundaries and proportional representation in parliament are among their concerns. Nepal is running short on fuel, medicine and other essential supplies, while the blockade is also straining relations with India, its southern neighbour.

The Globe and Mail spoke to Ms. Kakshapati about her exhibition, Nepalese identity and finding inspiration nearly 12,000 kilometres from home:

I was born and brought up in Kathmandu. I have always been aware of my mixed ethnic identity, always aware of how I felt who I am. My father is Newar and my mother is Gurung. And of course there are issues of class and gender. Nepal may be a small country, but it’s very diverse, with more than 102 ethnic groups that make up the population of over 27 million.

On top of that, we had been a monarchy for 240 years. In 2008, the king was made to step down and we had democratic elections. It’s natural for a new system to have growing pains during this process of transformation, when people are trying to figure out where they fit in.

Six years ago, I started working on a series of photos called Being Nepali in the new Democratic Republic of Nepal. I travelled to different parts of Nepal and photographed people – just headshots. I had this idea of stripping them bare, getting rid of any cultural identifiers.

Then in 2011, I started archiving old family photos, and that’s grown into the Nepal Picture Library. It now includes images and oral history. It’s a DIY project – we are not trained archivists, but I wanted to build an inclusive history.

I had been so busy in the day to day of all these projects in Kathmandu that I hadn’t had a chance to reflect on what this all means. Being here in Toronto has been like being in a bubble. It’s allowed me the time and distance to dig into all this material and make sense of it as one body of work; to bring a new historical context to this idea of being Nepali. I had the opportunity to visit the Ryerson Image Centre and check out the Black Star Collection. Looking at that, and other collections from around the world, has inspired me to think about the value of an archive, and how it can add to a contemporary narrative.

For this Being Nepali exhibit, I’ve combined images from the 2010 photo series, from the Nepal Picture Library and found images. I have also incorporated journalling in the exhibition, and I have been getting some very personal accounts. There’s an older woman who was a housewife in Nepal before immigrating to Canada. She writes about her life now, as a working mom, and how her identity has changed. There are younger Nepali people who have written about what it means to be Nepali in a diaspora context. Last weekend, we had a group writing activity: I asked people to come with family photos and share their personal stories. When we think of photos, we’re trying to catch the present. But working with archival material, family histories, personal histories, you get a sense that there’s a larger timeline for the idea of identity.