On Danzig Street, which runs through a tiny public-housing enclave in the far reaches of Scarborough, the residents are angry. On Monday night, gunmen showed up at a big street party and opened fire. A 14-year-old girl and a 23-year-old man died in a hail of bullets, and 23 others – including a two-year-old – were wounded. You can still see bloodstains on the street. A few metres from the party scene, a makeshift shrine of flowers and teddy bears marks the spot where the girl, Shyanne Charles, fell.

But today, nobody is interested in talking about the killers. No one is speculating about who did it, or urging the police to catch them as soon as possible and lock them up for life. In fact, hardly anyone is helping the police at all. What really makes their blood boil is the way their neighbourhood is being misrepresented in the media as some kind of violent ghetto hellhole. The gunmen, everybody points out, were not from around here. They were outsiders.

"We don't like you guys," says a teenage boy wearing baggy jeans slung somewhere below his hips. He means the media. "It's safe here. People get along." His two friends nod. They're disgusted that reporters and TV crews from downtown are, as they see it, portraying all young black men as criminals.

"I've never heard gunfire here before the other night," protests Melissa Warren-Paul, a blonde with three children. Her friend Cheryl, also a mother of three, adds, "We're a tight-knit community. We look out for each other." They resent the way outsiders typecast them as welfare queens, just because they live in social housing. "We're living in poverty and poverty is not a crime," says Melissa.

In fact, Danzig Street is one of the better examples of social housing in Toronto. It is relatively peaceful, and it doesn't seem extremely poor. Its 101 two-storey townhouses are a little scruffy, but they have three or four bedrooms each, and small yards. The yards and common areas are packed with children's bikes and toys. The kids run and play and screech and laugh. The yards are indifferently maintained, but some people have made a stab at flower gardens. The driveways and the parking lot are full of the same cars and vans you'd find on any prosperous suburban street –Toyotas, Caravans, Hondas, Nissans, a Honda Odyssey, a couple of Lexuses, a Volvo S40, even a shiny black BMW. Many people don't have cars. But it's obvious that not everyone has to take three buses to get somewhere, either.

The unspoken compact on Danzig Street is that people will generally be left alone to mind their own business, and the police will ignore minor social disorder. Weed-smoking is rampant, but the police don't interfere. On the evening of the party, the cops came twice before the shootout – but only to tell people to keep the noise down. Yet Cheryl and Melissa also gripe that when they call police to complain about a domestic or neighbourhood dispute, the police ignore them.

Danzig Street's townhouse complex sits smack in the middle of suburbia. It is surrounded by neatly kept, middle-class houses owned by black families, white families, and upwardly mobile new immigrants. Just across the street is a row of large, attractive, spanking-new houses that must be worth $800,000. But for most of the people here, that street might as well be a moat without a drawbridge.

The tenants out and about on this day in the townhouse complex are predominantly black, with a sizable minority of whites. Most I talk to were born in Canada. Most have lived here for years. Most are single mothers and their children. Most of the adult men here seem to be visitors. They gripe that there aren't enough social programs for the kids, and that that the other social housing complex nearby gets more barbecues and breakfast programs than they do. They gripe that their kids have to play in the dirt because the lawns aren't properly maintained. The onslaught of reporters is a great chance to air their grievances, and they do.

At 105 Danzig, where the fatal party started, a stack of paper plates still sits in the back yard. People at the party that extended through the evening had hot dogs, hamburgers and $60-bottles of Hennessy. Some people maintain that it was planned as an entirely innocent affair – a fundraiser for kids' supplies that just got out of hand. Others say it was obvious what kind of party it was going to be, and that parents never should have taken their kids there. The host, Shannon Longshaw, a 28-year-old mother of two, strenuously denies she invited the outsiders in. She is furious at the police for taking her in for questioning, and for cordoning off her house for three days. She told a Toronto newspaper she's worried she'll be tagged as a "snitch."

Many people think the police deliberately blocked some of the injured from getting to the hospital while they checked for suspects. Some blame them for Shyanne's death. "That girl could have lived," a woman named Angela told me. Yet even though she lives just across the laneway from the party scene, she can't help police with their investigation. Like many residents around here, she says she didn't see a thing.

Since the shootings, many people have called for more youth programs, more social services, more job-creation efforts, and so on, so that young men will be deterred from a life of crime and not open fire in a crowd of innocent people. But our social housing projects already have a lot of social services. There are youth workers who organize, basketball, and boys' and girls' clubs, and people who can help you write a resume or fill out your tax form or apply to community college. There are even grief counsellors to comfort your children if tragedy occurs. What else, then, can be done to help the people who live here?

Michael Thompson has a few ideas. They're not very popular though.

Mr. Thompson is a city councillor who grew up in Scarborough, partly in public housing. Also, he's black. He argues that we need to crack down on misconduct. Social housing, he says, has become a haven for bad actors and criminal enterprise. We tolerate activity that no private landlord would put up with. "You have people who start their little cottage industry – drug activities, or a chop shop. And they know they'll never be evicted."

These are the people who don't participate in job programs, because they're not interested in $15-an-hour jobs. Often they don't live in social housing themselves, but use it as a base for their activities. Social housing also provides them with a prime recruiting ground. They make friends with single mothers, and recruit their sons.

In Toronto, nobody gets kicked out of social housing for bad behaviour – not even for criminal activity, or owning a gun. With 164,000 tenants, Toronto Community Housing is the second-largest housing provider in North America. Last year it evicted a grand total of five people for bad behaviour, although it does have the tools to issue evictions in such cases.

"These people are pretty smart," he says. "They understand the system is broken, and nobody is prepared to fix it."

Something else is broken too. Social housing, conceived as a temporary backstop until people got back on their feet, has turned into a destination.

"Some of the kids I remember from public housing went on to become vice-presidents of insurance companies, teachers, politicians," he says. "They didn't have a feeling of being deprived, that this was their destiny, that this was where they were going to end up."

Like every other social housing complex, Danzig has its share of three-generation families. Today the average length of tenancy at Toronto Community Housing is 10 years. But at places like Danzig, with larger units, it's longer. Many of the teenagers have always lived in public housing. And it's hard to see how their mothers ever will get out of here.

"I'd like to be a dental assistant," one woman tells me. She has elaborate hair extensions and long acrylic fingernails, and as we talk she jiggles a baby carriage. She has four children, and she already has a grandchild, who's older than this one. She is obviously sincere. But it sounds more like a wish than a realistic aspiration. She says she worries how she'll keep her 11-year-old son on the straight and narrow. She knows it will be hard. But it will be even harder to get out of here. No matter how good it is for social housing, the townhouse complex on Danzig Street in Scarborough is surrounded by a moat. 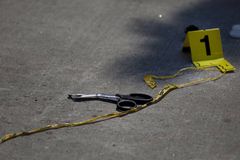 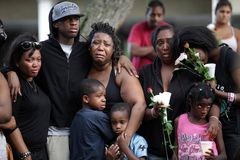