Start working up an appetite now – by Friday, you will be able to wash down a bacon-wrapped grilled cheese sandwich with a coffee-and-donut milkshake, and then treat yourself to a few deep-fried red velvet Oreos for dessert at the Canadian National Exhibition in Toronto.

Those are a few of the many dishes making their debut at the Ex this year, which runs until Sept. 7. On Wednesday, The Globe and Mail previewed nine different tasty – and in most cases, odd – food combinations. You may want to eat them after you go on the rides.

Here are nine new things to try this year. 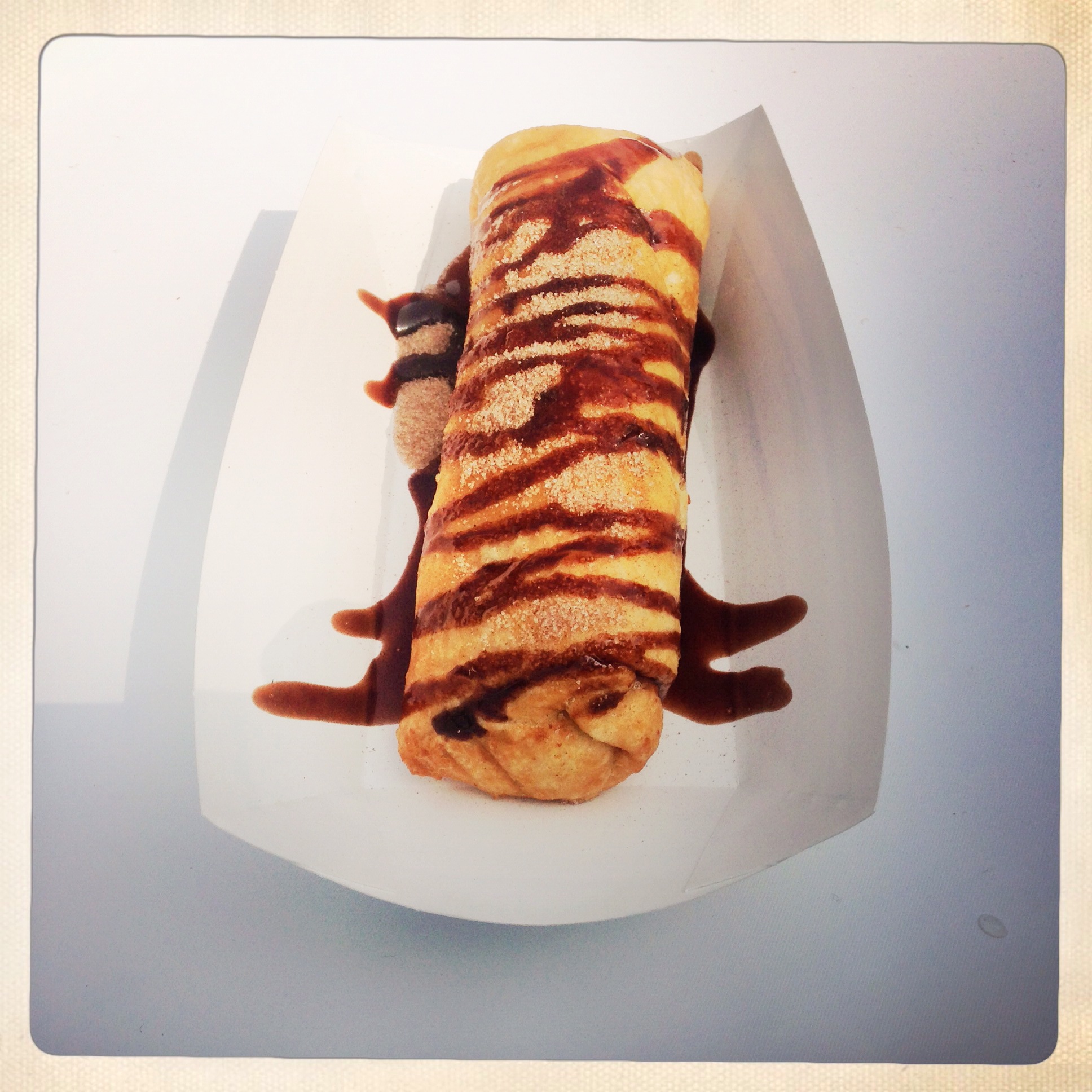 Deep-fried cheesecake. (All photos by Chris Young for The Globe and Mail) 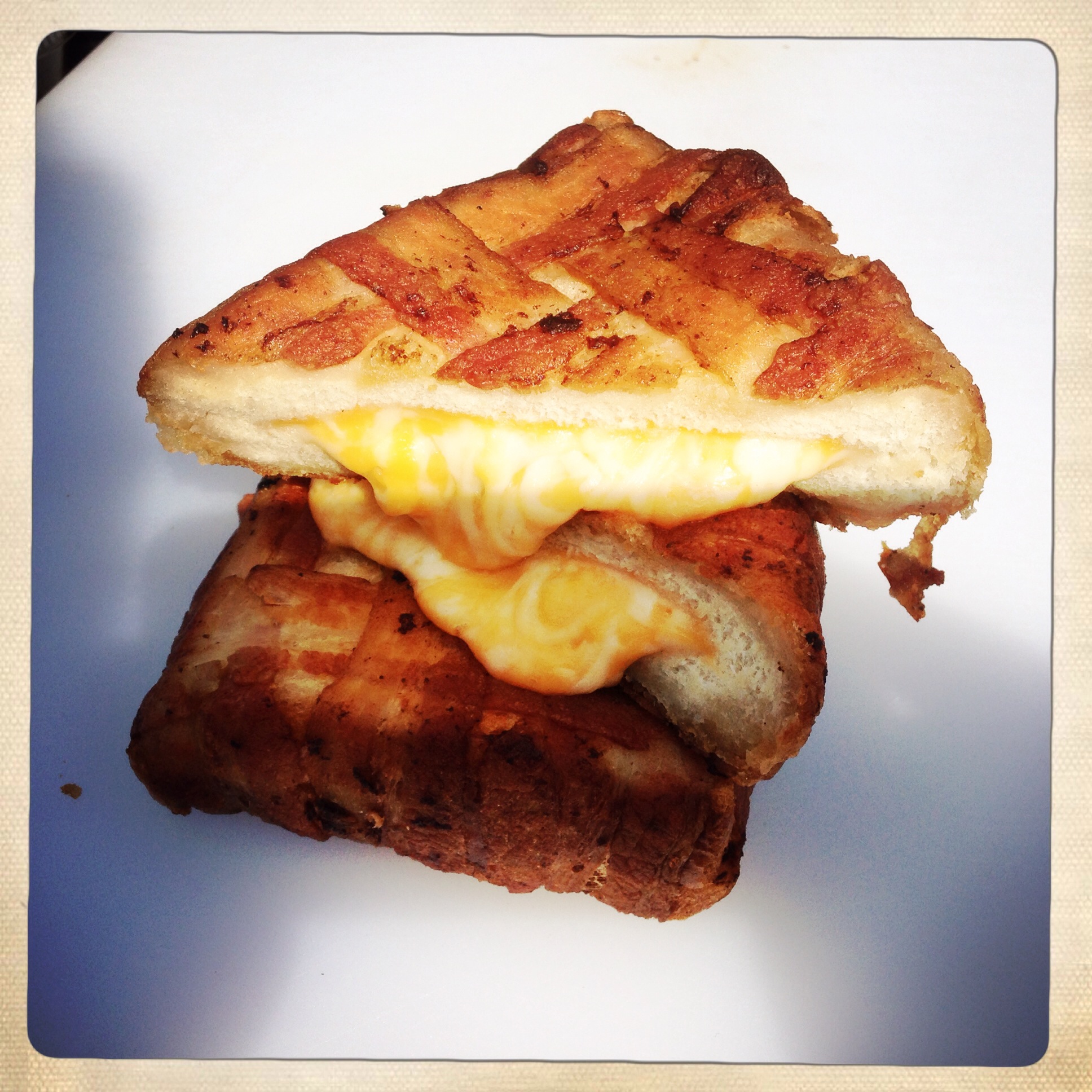 Here, a traditional grilled-cheese sandwich turns inside out: Six to eight strips of bacon cover the bread, and the dish is served with chipotle ketchup on the side. 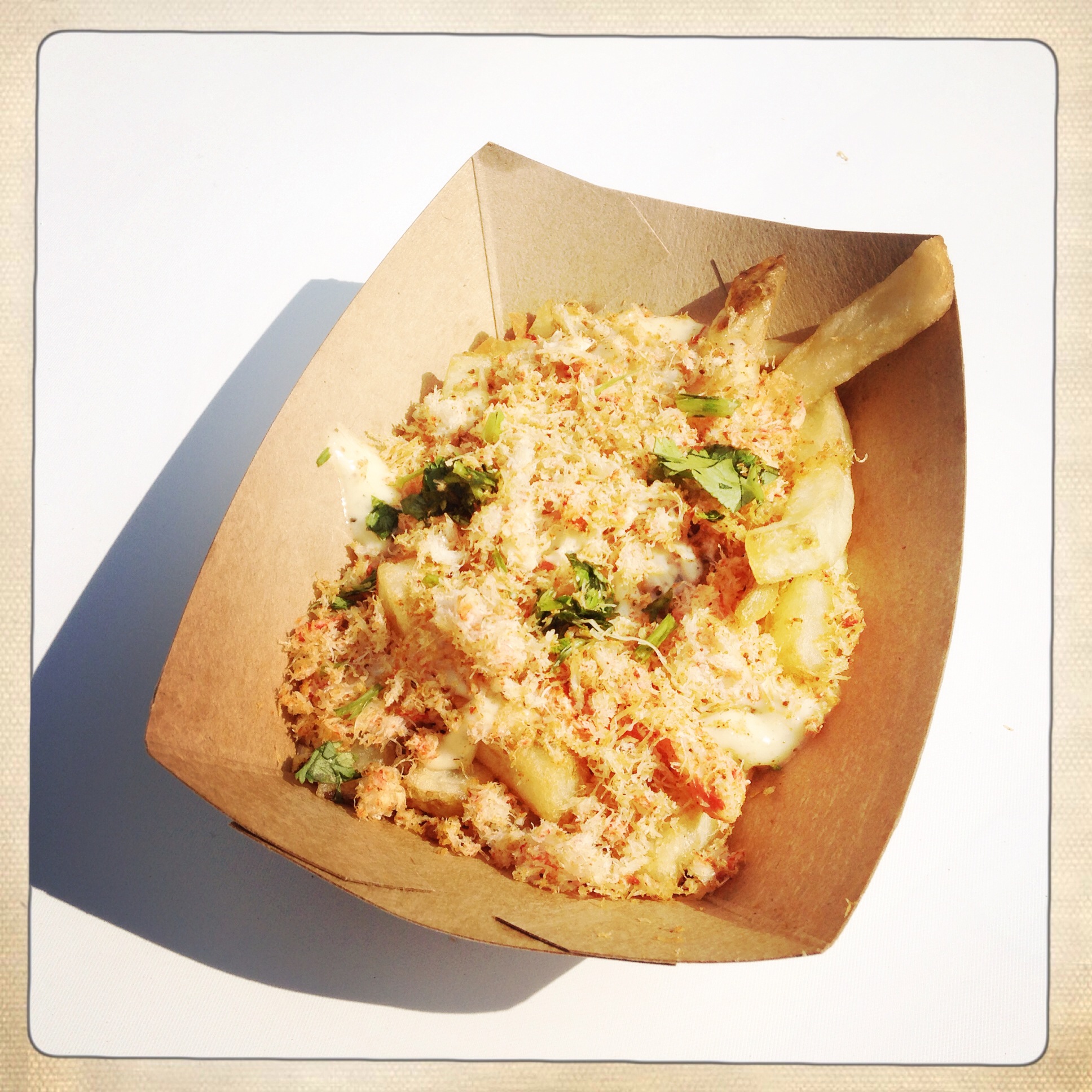 Jake’s Lobster plans to up the poutine game at the Ex this year. The vendor is combining seasoned fries, house-made garlic aioli and fresh Alaskan snow crab garnished with dill and parsley to make garlic snow-crab fries, which have never been offered in the four years Jake’s has been bringing food to the CNE. 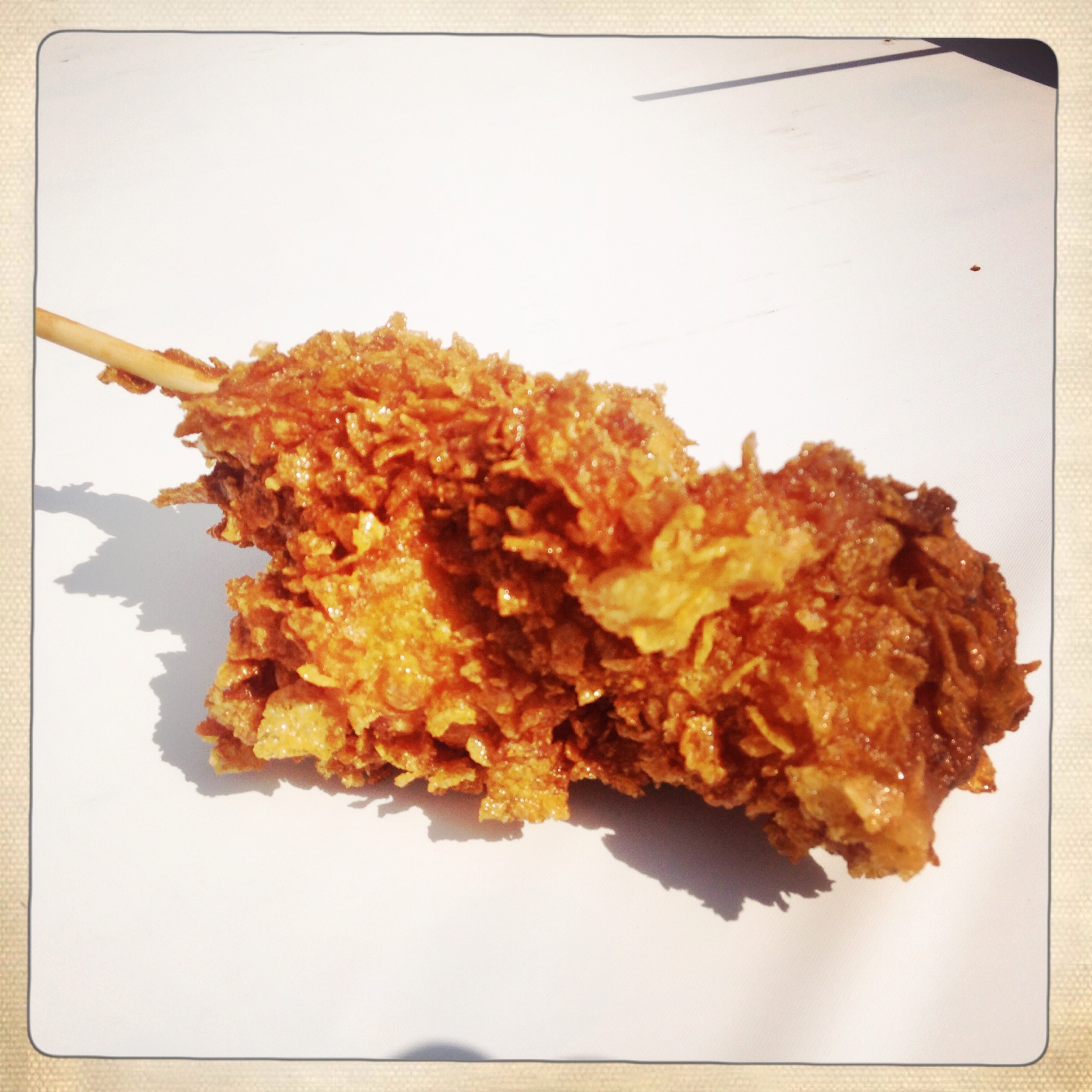 Frosted-flake-battered chicken on a stick.

Frosted-flake-battered chicken on a stick (The Iron Skillet, $10)

Pieces of chicken are dipped in a slightly spicy batter and rolled in frosted corn flakes. The price will get you two of these treats. 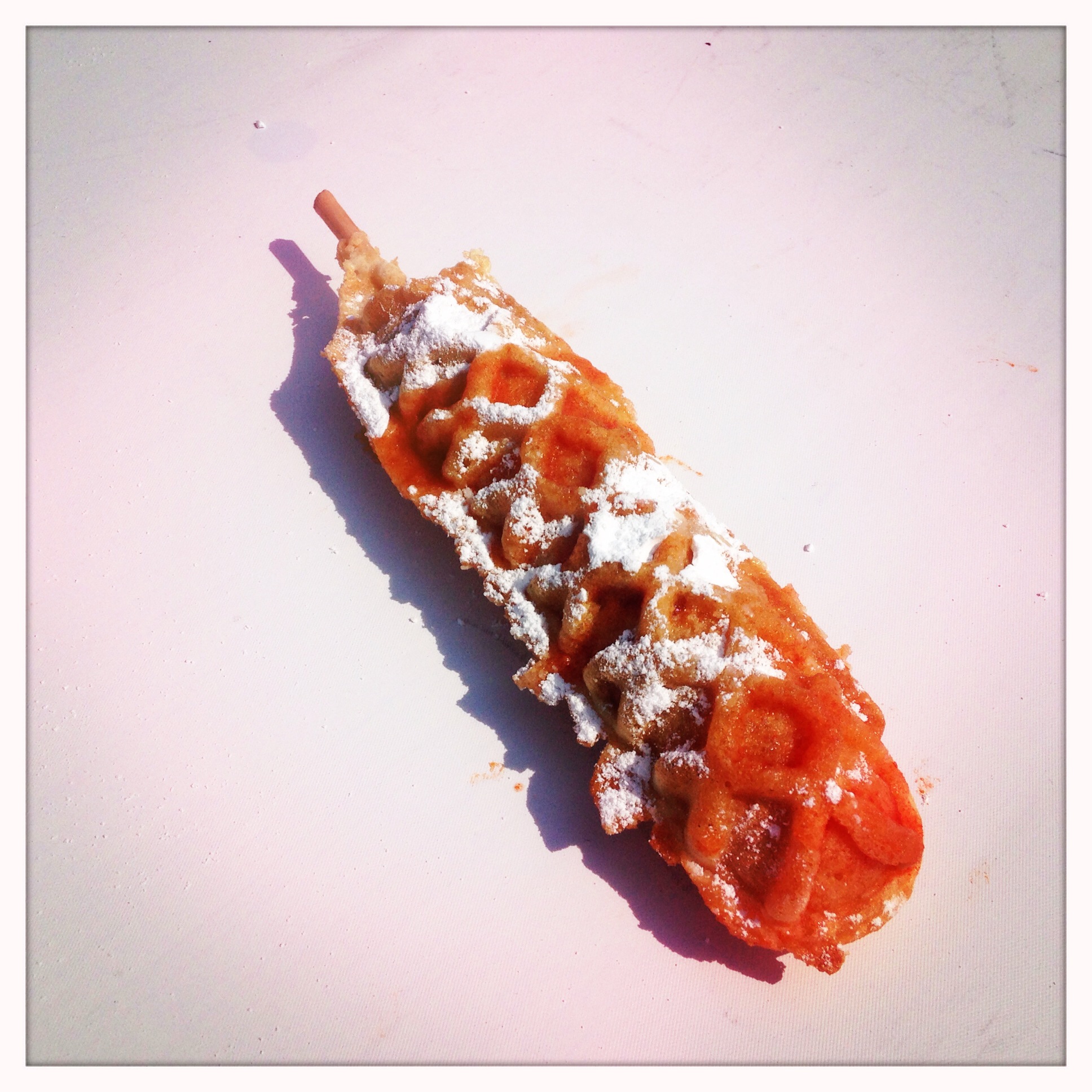 Chicken waffle on a stick.

Eat breakfast and lunch at the same time: Here, a marinated chicken tender is covered in waffle batter, deep fried and topped with hot sauce, maple syrup and icing sugar. It’s Mr. Mike’s first time at the Ex, but the vendor has no trouble competing with others that have been serving wacky food combinations for years. 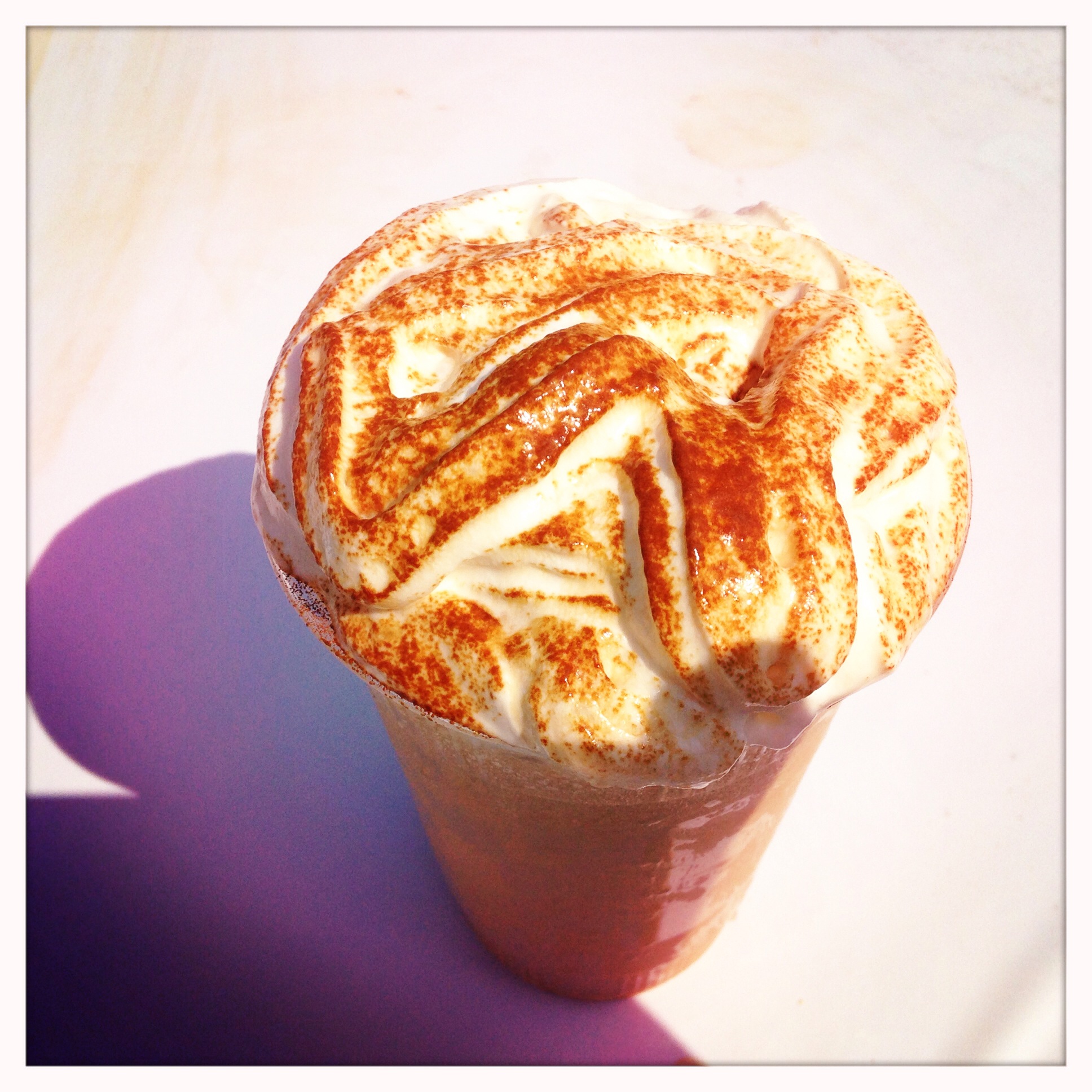 Last year, the vendor’s signature milkshake was brownie cheesecake. This year, the coffee-and-donut milkshake is a new flavor for those who want to cool off at the CNE. For eaters searching for a traditional flavour combination, Fran’s also has the peanut-butter-and-jelly milkshake. 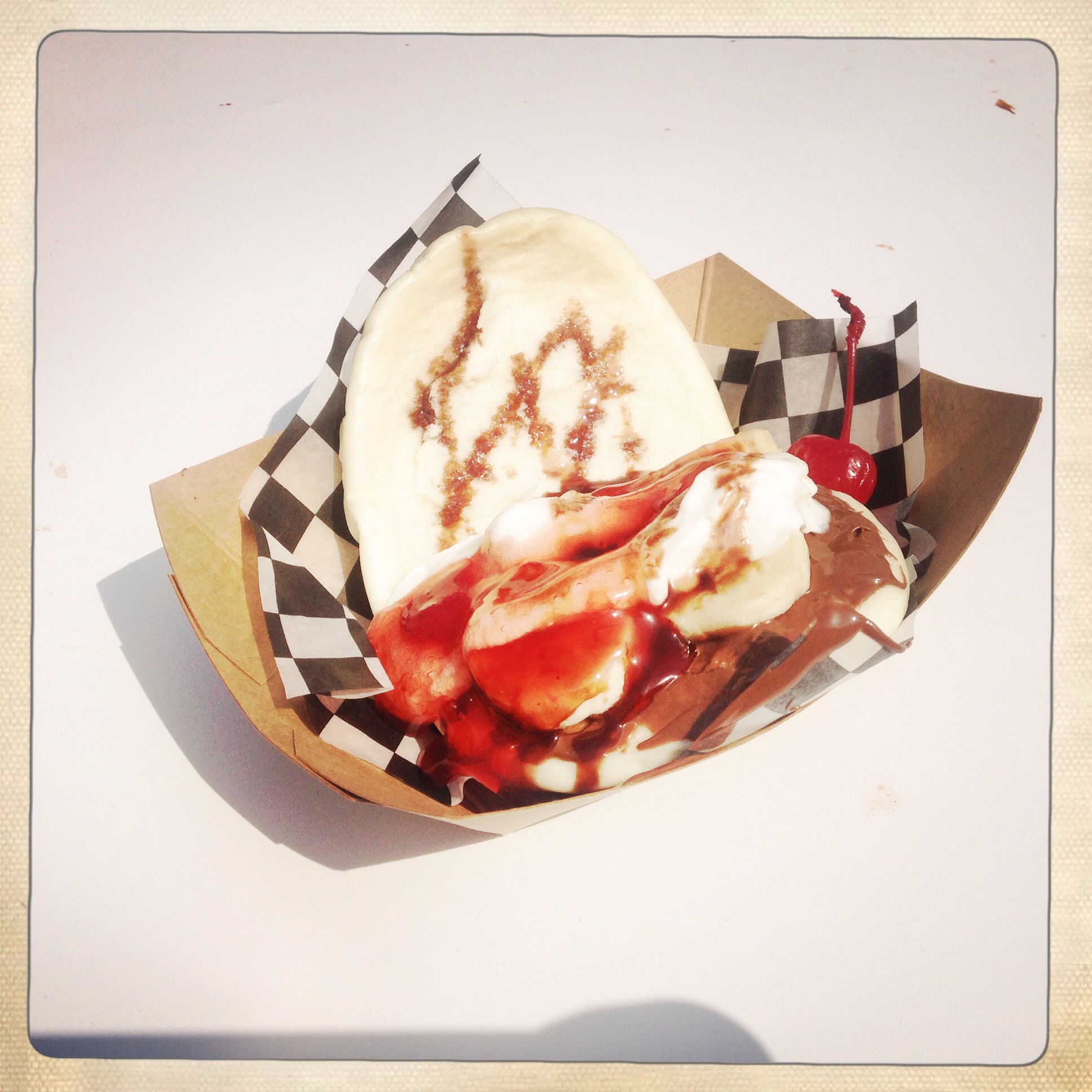 This year, Far East Taco brings a dessert fusion that’s as delicious as it is messy to the CNE. While the vendor has been at the Ex for four years now, this treat is new. A traditional Asian bun (bao) coated with hazelnut chocolate spread, sliced banana, whipped cream, strawberry syrup and topped with a Maraschino cherry makes the Baonana Split. 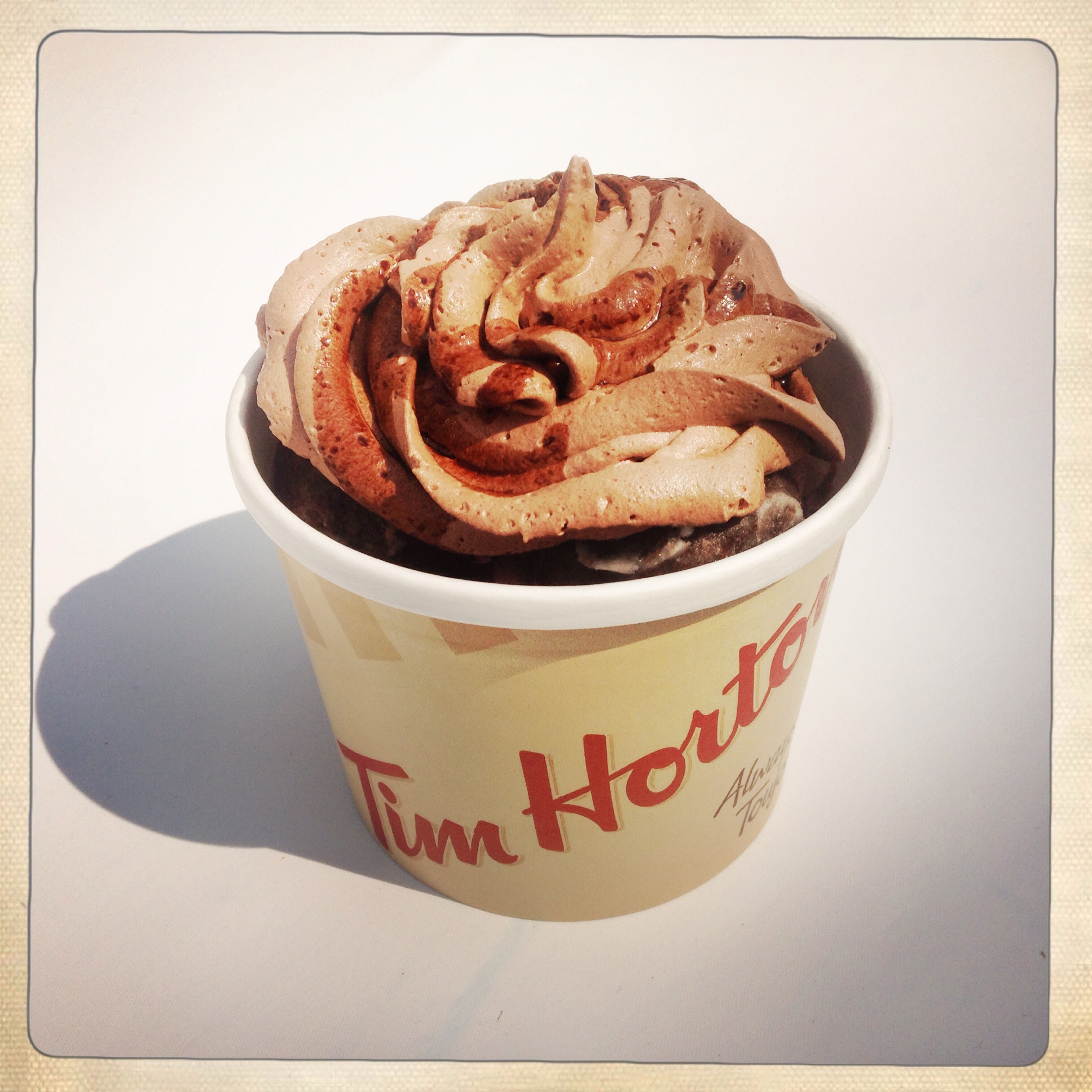 Tim Hortons created the mixture exclusively for the CNE, and there are five choices available. While flavours vary (chocolate or cookies and cream, for example) the “poutine” includes four layers of timbits and whipped cream. 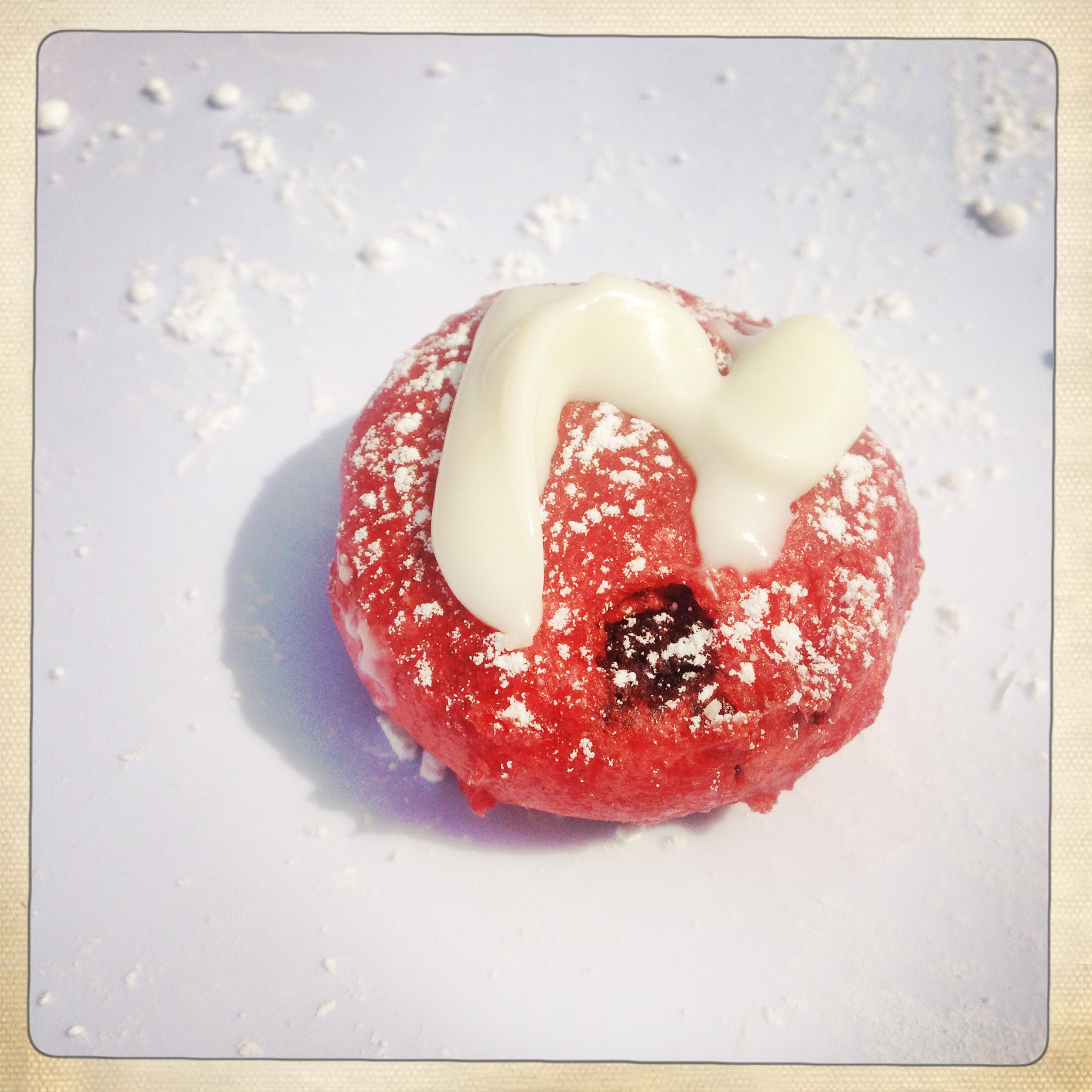 Double-stuffed Oreos are submerged in red-velvet batter, deep fried and topped with icing.

(From the archives: The Cronut burger's debut at the CNE)

MORE TASTY TREATS FROM THE CNE’S PAST