A key piece of David Miller's green roofs strategy may cave in next week when city council debates a motion from the planning and growth management committee to exempt industrial buildings.

Will it be a sign of what's to come?

Mayor Rob Ford's hand-picked chair, Peter Milczyn (Etobicoke Lakeshore), has signalled that he intends to shake up the city's planning rules. At the committee's inaugural session, it voted to ask council to rescind the notorious driveway restrictions that made news during the election, and it appears that other Miller-era development policies may also be on the chopping block.

There's little question that planning will become a high-profile issue this term. While Mr. Ford demonstrates little interest in growth management and has threatened to freeze spending on waterfront redevelopment, his bid to extend the Sheppard subway will almost certainly mean disruption and intensification for the residential neighbourhoods along the proposed route.

Dealing with the consequences of such moves has fallen to Mr. Milczyn, an architect who endorsed Mr. Ford in the final days of the election. He's been given a great deal of latitude to press ahead with planning changes that could significantly alter Toronto's landscape.

Here's a taste of what's in store:

Toronto's official plan is up for a mandated review in 2011, but it's not yet clear whether the city plans to tweak the five-year-old document or pursue major changes. "We're interested to see if [the review]is going to be a shampoo and a haircut or whether they'll take a holistic look at the problems with the OP," says Stephen Deveaux, Tribute Communities vice-president of land development.

Development is taking place according to the plan's guidelines, insists Kerri Voumvakis, the city's acting director of policy and research. But Mr. Milczyn is less certain. He wants to make the OP more precise so neighbourhoods are protected from encroaching development.

Despite his committee's willingness to gut some environmental planning policies, Mr. Milczyn claims he also wants to promote improved urban and architectural design beyond the waterfront and downtown tourist areas. He also sees the anticipated sell-off of city-owned real estate as an opportunity to "create new, high-quality public spaces" by requiring purchasers to incorporate urban design elements in redevelopment plans.

One of the previous council's final moves was the approval of a harmonized zoning by-law, a highly technical eight-year undertaking intended to combine the zoning rules of all the pre-amalgamation municipalities.

Since the fall, however, the Ontario Municipal Board has received almost 700 appeals of the by-law. "That is just ridiculous," says Stephen Dupuis, CEO of the Building Industry and Land Development Association, predicting the appeals will be a boon for lawyers.

The controversial driveway rules were just the tip of the iceberg, developers contend. Builders are discovering that the massive document contains numerous glitches, some of which are forcing developers to seek rezoning for projects that had already been approved, says Mr. Dupuis.

Mr. Ford's council is almost certain to take a sharply different approach to high-profile battles such as a Smart!Centres bid to build big-box stores on a large tract of employment lands in Leslieville.

While Smart!Centres lost that fight at the OMB, there are still vast tracts of underused employment lands throughout the city, many of which are being targeted by big-box retailers, condo developers and religious institutions.

The city this year will take stock of Toronto's industrial zones with an eye to determining which ones remain viable for manufacturing. Building industry officials wants the city to relax its rules, noting that land parcels often sit idle because of inflexible zoning. Council has the last word on employment land designations.

For Mr. Ford, who promised to attract jobs to the city, the dilemma will be choosing between the construction employment created by residential or mixed-used development projects, and the low-paying retail positions created by the big-box retailers that gravitate to large swaths of fallow industrial property.

After a two-year freeze imposed by Mr. Miller in his bid to buoy the local building industry, development charges will jump 25 per cent, beginning next week. Toronto's development charges by-law isn't up for renewal for two years, but Mr. Ford's subway scheme raises the question about whether the city should impose additional levies to underwrite transit expansion.

Last year, a third of the city's $74-million in development charge revenue went to transit - an insignificant amount for megaprojects like subways.

Mr. Ford's hasn't taken a position on the issue of hiking them. But Adam Vaughan (Trinity-Spadina) doubts council has the stomach for such a move. "At a certain point," he says, "the development charges are what the market will bear."

Chief planner Gary Wright has said he will retire soon, and development insiders are watching closely to see if council hires an insider or conducts an international search for a high-profile candidate who wants to put his or her stamp on the city's official plan.

Planner Joe Berridge hopes council splits the job into two portfolios - one to ensure the city efficiently processes development applications, and the other to scope out a strategic vision for Toronto's growth. "You need a civic entrepreneur and a bit of a visionary crusader in [the latter] position," he says.

Some planning experts feel council should ditch the official plan and radically recast Toronto's approach to growth. John Van Nostrand, founding principal with planningAlliance, says some of the world's leading cities have abandoned "aspirational" OPs in favour of long-term strategic plans that identify major urban goals and lay out plans for achieving them.

London: After his election in 2008, London Mayor Boris Johnson moved to scrap the city's official plan and start from scratch. Due out this year, the new London Plan will include high-level strategic goals for transportation, public space, economic development and climate change.

City's ombudsman needs the resources to do her job
February 4, 2011 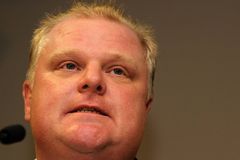