Doug Ford's new book on the rise and fall of his late brother doesn't tell us much we didn't already know about the Ford years. Despite his thunderous pre-publication threats to call out their media foes and "rock the political world," this is, for the Fords, a mild tell-little memoir with none of the revelations readers might expect from someone who saw the Ford drama from the inside. Still, its release comes as a timely reminder of how potent populism can be and how badly it can go wrong.

It was only two weeks ago that Donald Trump shocked the world by winning election as 45th president of the United States. How could this have happened? How did all the journalists and pollsters and experts miss what was going on? As the results came in and Mr. Trump claimed victory, it was hard not to think back six years to the night when Rob Ford greeted cheering crowds after winning election as the 64th mayor of Toronto.

Discontent that fuelled Trump's rise had been brewing for years

Trump has crashed the Republican Party, and it'll never be the same

Ford Nation's populism prevailed in the past – why couldn't it again?

No one expected that either. When Rob Ford decided to run for mayor in 2010, he was discounted as a long-odds bet. A cranky suburban councillor known for his rants about cyclists, streetcars, potholes and wasteful spending, he had none of the gravitas you might expect in a serious candidate for mayor. But people didn't want gravitas. They wanted change.

Toronto had recently come through a strike by city workers that seemed to underline the failure of the usual politicians to tackle Toronto's problems, from its chronic budget struggles to its underbuilt public transit. Mr. Ford stood out in early election debates, hammering home his message of respect for the taxpayer. He had a direct way about him that came as a gust of fresh air in a world grown tired of buttoned-down, scripted politicians.

Many voters didn't seem to mind that he had a history of dodgy behaviour, such as a drunk-driving episode or an abusive tirade aimed at some fellow fans at a hockey game. They didn't care that he was often outrageous. That's what they liked about him. It made them believe he would shake things up.

Many of his followers lived in Toronto's troubled inner suburbs. Like the rural and working-class white Americans who helped boost Mr. Trump to victory, they felt left behind and shut out. When Rob and Doug poured scorn on the pampered downtown elite, "Ford Nation" cheered. Trump followers cheered their champion for a similar message.

The parallels between the rise of these two figures – boastful mavericks vowing to run government like a business – continue to astonish. Both rode to success on a wave of discontent at traditional politics. Both had punchy, simplistic slogans ("Stop the gravy train" and "Make America great again"). Both won over many voters with their direct, unguarded, sometimes crude way of speaking. Both lashed out at the media when under scrutiny. Both surprised just about everyone by bursting out of the backfield and vanquishing more established opponents. Mr. Ford's movement was in many ways a forerunner, on a much smaller scale, of the Trump phenomenon. Doug Ford tells the tale in Ford Nation: Two Brothers, One Vision – The True Story of the People's Mayor, published Tuesday.

Doug says that he and his brother started to work on the book last winter, but Rob's declining health forced him to opt out. He died of cancer in March. Doug wants to show readers that his brother was not "a drug-fuelled, out-of-control monster," but a good, if flawed, person devoted to helping others.

Whether he was a successful mayor is another question. Things went well for him at first. He recorded a series of wins, from cancelling an unpopular tax to getting public transit declared an essential service.

But his failure to observe simple rules of conduct and reach out to political rivals soon led to troubles, from conflict-of-interest and integrity complaints to a botched attempt to redraw Toronto's transit-building blueprints. This was not, as Doug would have it, the doing of the "vultures" in the media or an establishment that refused to give the Fords a break. His wounds were self-inflicted.

We all know how the story turned out. Doug says that he was as shocked as anyone when reports came out of a video showing Rob appearing to smoke crack cocaine. Rob called the whole thing "ridiculous." Doug says he was shocked anew when, months later, Rob finally admitted he had smoked crack, "probably in one of my drunken stupors."

What can we learn from the Ford saga that might apply to the Trump story? Despite all the parallels, they are different men in wildly different positions. Mr. Trump, for one thing, will have the nuclear codes.

The saga is cautionary all the same. It teaches at least a couple of lessons. First, it is dangerous to underestimate the voters and their discontents. Give people the power to choose their leaders, and they are going to surprise you sometimes. Second, it is dangerous to hand power to a loose cannon on the hope that power will moderate him.

Long before Donald Trump came along, Rob Ford showed both the power and the perils of populism.

Ford Nation’s populism prevailed in the past – why couldn't it again?
September 13, 2016 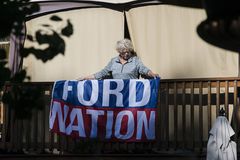 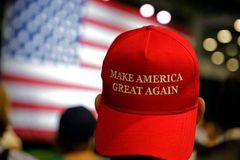