Just call it the milkman-cave: In his Scarborough basement, Herb Kingston, 66, has put together a shrine to his life as a milkman in the 1950s and 1960s.

He has become something of an amateur historian of his vanished trade, which he took up around the age of 7, helping his father, Huck Kingston, with his Beaches milk route in the early 1950s.

Now, with online shoppers opting for home grocery delivery – and Amazon even getting into the business – Mr. Kingston, who does not have a computer, finds it funny that the idea of door-to-door delivery is being hailed as a product of the Internet miracle.

Admittedly, Canada Post letter carriers may soon to join their milkmen brethren in the occupational graveyard. But few under the age of 40 realize that if you go back little more than half a century, daily door-to-door delivery of all kinds of goods in this city was not a frill. Most Toronto households had milk, cream, butter, eggs, bread and even meat delivered – and all by horse-drawn wagon, a vehicle that some Toronto milkmen used until the late 1950s.

"All the kids today, living in apartment buildings, they have no idea," said Mr. Kingston, who gives talks at schools and old-age homes about being a milkman. Seniors, he says, remember milkmen as a neighbourhood fixture, almost part of the family. But children are simply amazed that milk was delivered every day, he said. One asked him what milkmen did when their horses died.

Of course, the milkman himself, with a horse or otherwise, died in this city decades ago, the victim of cars, supermarkets and corner stores.

But when Mr. Kingston's father started working as a milkman for the long-vanished Blantyre Dairy, near Queen Street East and Pape Avenue, the place was one of scores of dairies across the city, each with its own fleet of milkmen and trucks or wagons. Blantyre was one of the last Toronto dairies to abandon its fleet of horses, housed in a nearby barn.

It was an overnight job, then. But noise complaints – the clinking of the bottles – prompted Toronto to ban deliveries before 7 a.m. in the mid-1950s.

"We never used to talk," Mr. Kingston remembers of the quiet early mornings he spent on the milk route with his dad. "Because you did your side of the street and he did his side."

Electric trucks had by then replaced all the horses at his dairy, he said. But the new trucks were almost as slow, had trouble with the cold, and needed a pickup truck to tow them up steep hills. In summer, their rooftop refrigeration system leaked as it defrosted and rained on drivers. In the winter, there was only a small oil stove to keep milkmen warm, and snow and ice made many long for the return of horses. More modern gas trucks soon followed.

Those abandoned horses, many of which were more than 20 years old, did the same routes for years. Some knew them as well or better than the milkmen. For instance, while a milkman hopped off to make a delivery at the last house on a dead end street, the horse could be trusted to keep going and turn around, all on its own.

Mr. Kingston's father's horse, Nellie, would refuse to carry on its way unless it got its daily treat, purchased at the Orchard Park Hotel in the Beach near the end of its route: a whole onion, and a bottle of beer poured into its mouth.

(He also said customers did not mind the horse manure, as many eagerly shovelled it up for their rose gardens.)

Around Christmas customers were generous, leaving cards, a couple dollars, coveted "flat 50" tins of cigarettes, chocolate, and, quite often, shots of whisky sitting in the milk box, the now-useless outside cupboard door so many older Toronto homes still have.

The city was smaller and more trusting. Customers paid by simply leaving money (or special milk tickets) with their empty bottles, or sometimes discretely sticking their payment under the mat.

But the growing number of cars, and their increasingly impatient drivers, soon made horses or slow milk trucks unwelcome. And car-horse collisions always ended in a "bloody mess," Mr. Kingston says.

Even as he followed in his dead father's footsteps, he could see the business collapsing around him.

He quit his route in 1967, later working as a delivery truck driver for a now-forgotten pop bottler, and the once-mighty retailer Simpson's. He finished his career as a city snowplow driver. Many other milkmen were elderly when the trade dried up, he said, with small pensions.

Mostly to blame for the end of the milkman was the introduction of the three-quart glass jug, steeply discounted at supermarkets and at the new Becker's corner store chain, launched in the late 1950s. Milkmen could not compete with loss-leader pricing. There were calls to ban discount milk, but the world was changing. More families could afford cars. And more women were driving them and buying milk themselves.

"One penny, they will quit you over one penny," Mr. Kingston said. "They drop you like a bad habit. Break your heart." 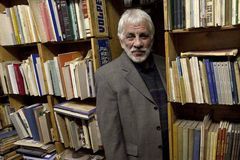 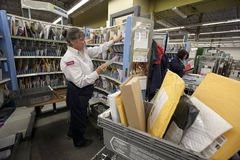 A Toronto troublemaker wins one last battle against city hall
May 11, 2018 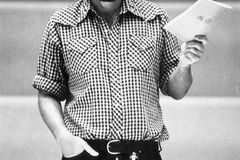 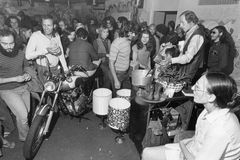 Toronto painter launches first book of works dating as far back as childhood
May 11, 2018 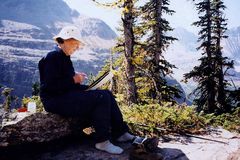 Toronto’s Honest Ed’s gets tossed into the bargain bin of history
May 11, 2018 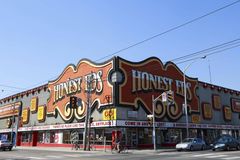