Any Torontonian who has ever trundled along the 501 streetcar east of the Don Valley Parkway or stumbled down the block after a concert at the Opera House knows Jilly's. The Queen East strip club is an infamous institution with its burnt-out neon sign, cheesy faded posters of eighties glamour models and hot pink window covers promising "Girls! Girls! Girls!" The bar is housed on the ground floor of the Broadview Hotel: a towering, red, Romanesque revival beauty that has stood at the corner of Broadview and Queen since 1893 and recently captured the imagination of Streetcar Developments, which purchased the building in May. After 34 years of attracting the attention of passersby, Jilly's will be closed for good Sunday night.

The closing marks the end of the era, both for the neighbourhood and for stripping. Faced with increased competition from body-rub parlours and barriers from city bylaws that prevent the opening of new clubs, stripping is on the decline in Toronto. And the city's east end continues to gentrify all around Jilly's – behind the club is an off-leash dog park and a strip of new town homes lies a few blocks north – making it seem even more out of place. Small shops are slowly being replaced with chains and condo buildings, the average housing price has jumped to more than $500,000 and the gritty charm of one of the city's last characteristically urban intersections is fading away.

Dancers and employees of Jilly's past and present find the whole experience bittersweet. They're eager to see the building restored to its former glory, but they say they'll miss Jilly's. The bar is home to more than three decades of memories for those who flogged drinks and danced in patrons' laps. There's the rumour that Jilly was the original owner's daughter. And there's the tiger.

"There was a performer that came in and they brought a live tiger with them," says Ellie Carlson, a 21-year-old University of Toronto master's candidate and a dancer who has worked at Jilly's since January. A co-worker told her the tale shortly after she started dancing at the bar.

"This animal was crawling all around and everyone was going crazy because they were so scared. I just can't even picture that happening."

According to newspaper reports from the time, the declawed, 203-kilogram Siberian tiger named QeDesh was part of dancer Jane Jones's "Exotic Circus" act that appeared at Jilly's in December, 1991, and caused an uproar with local animal activists. Now QeDesh has been retired into the institutional memory of the club as a symbol of wilder days past.

Over the years, Jilly's – though never quite glamorous – became increasingly gritty. The club and building's owners neglected it for decades. Inside, the dust on the eighties, geometric-patterned carpet glitters under the blacklight. A row of industrial steel shafts prop up the ceiling across from the mirrored stage, where dancers wipe down the poles with paper towels between sets. Online reviews and locals bill it as the bar where Toronto's strippers "go to retire."

Ms. Carlson moved to the city's east end in December and needed a new venue; the bar where she used to perform was an hour away in Etobicoke.

"It wasn't as bad as it was reviewed. I think people went a little overboard online," she said, though she conceded that decades of the Queen and Dundas streetcars rumbling extremely close to the aging building has caused the structure to decay. But beyond the bunker-like basement change rooms and crumbling bricks, Ms. Carlson discovered a tight-knit – and diverse – group of employees.

"At a lot of the clubs downtown, there's a very stereotypical view of what a stripper looks like. But there's so much variety [at Jilly's] in terms of shape, size, age, ethnicity. I liked that."

Rather than the bar where strippers go to retire, she found it was the bar that strippers never wanted to leave. Many dancers would stay for years, some moving to work as waitresses after hanging up their platforms, and dozens returned for a farewell party at the club last weekend to reminisce and reunite.

"A lot of people don't think very much of it, but the clientele is all very good there. The people are all really nice," says 29-year-old dancer Jessi, who preferred not to use her real name. She started stripping at Jilly's 10 years ago after she answered an opaque advertisement in the newspaper offering "fast cash."

"All of the girls are like a family. I'll go other places, but you always just wind up back there. It has more of a laid-back feel."

James McKinnon opened up Dangerous Dan's Diner across the street from Jilly's in 1999. At the time, his friends thought he was crazy for opening a restaurant in the area, both for its proximity to the strip club and reputation as a rough-and-tumble 'hood. But Mr. McKinnon says Jilly's reputation isn't earned.

"It was never the problem people thought it was. They always had doormen and they controlled it. It's like buying a house near the airport and complaining about the planes," Mr. McKinnon said, though he witnessed his fair share of strange sights over the years.

"I've got quite a few anecdotes, but I'm not sure which ones I can tell you because I'm married now. My wife might not be happy to read some of them," he laughed.

One story he offered up was a tenant in the rooming house above the bar attempting to scramble up the fire escape on the side of the building – just to see if he could – before slipping and landing on the dumpster below, injuring his back.

Rumours of the building being sold swirled for years, but in May of this year, condo developer Streetcar snatched it up. Les Mallins, president and chief executive officer of Streetcar, dreams of transforming it into a venue everyone can enjoy, possibly a boutique hotel such as the Gladstone or the Drake on Queen West.

"We've definitely ruled out condos," Mr. Mallins said. "We want it open, something that the public at large gets to experience."

As for Jilly's, most of the dancers will probably move to other clubs in the city – or in Mississauga, where unlike Toronto, a licence to strip isn't required – though they're running out of venues. In the seventies, the City of Toronto changed its land-use rules, giving the city the power to prevent new strip clubs from opening. As the older clubs shut down one by one, they aren't replaced.

And over the years, business has slowed. While this past Thursday night attracted a crowd of about 30 patrons, it hasn't been the norm. One employee who asked not to be named quipped: "We've gotten busier now that we're closing. Where were you when we needed you?" Thursday's crowd was almost exclusively well-dressed, east-end thirtysomethings with thick-rimmed glasses and trendy haircuts, eager to "experience" Jilly's one time before it closes.

"We thought we would regret never coming to Jilly's," giggled 35-year-old Meredith Marshall, after a bouncer walked up and deleted a photo of the previous act from her phone. She lives in the area and visited with two friends who were also first-time patrons.

"This place is so iconic. If you talk about Jilly's everyone knows where it is, but none of us had ever been inside and it's very interesting, to say the least."

These days, the feature acts – like Ms. Jones's tiger or fire dancers – have faded away and with body-rub parlours now licensed in the city of Toronto, it's become increasingly difficult for exotic dancers to compete for clients' attentions. The Adult Entertainment Association of Canada has rallied to allow brothels to operate in strip clubs, cranking up the pressure for strippers to do more than dance.

"People expect a lot more now. There are a lot more calls where you kind of have to be like 'Listen, I don't do that,' " Ms. Carlson said.

Mirroring the changing tides of the industry, Jilly's closing marks a significant shift in the demographics of the city's east end as housing prices increase and the area continues to gentrify. The shift was first noticeable in 2012 when The Real Jerk – a Toronto institution kitty-corner to Jilly's that served up Jamaican cuisine for 28 years – was forced to relocate after their building was bought by a developer. Indie bar The Avro was the next casualty in 2013, after its owners were unable to pay the landlord's doubled rent increase. With the demise of Jilly's, the writing is on the wall for this evolving corner of the city.

Mr. McKinnon, who also owns a house in the neighbourhood, said it will be good for homeowners but bad for his business. He predicts with the redevelopment of the Broadview Hotel, he won't be able to afford to renew his lease in three years.

"Some of the bad stuff is leaving, but some of the good stuff in the neighbourhood is leaving too," he said. "I'll be the next one."

Jilly’s strip club won’t be replaced by condos at Broadview Hotel site
May 13, 2014 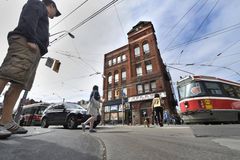 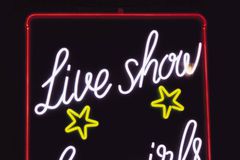 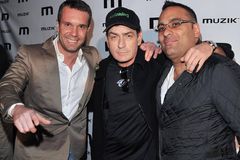