If Torontonians really wanted to really wage war against how much we pay at the pumps, we'd all be gas-price hounds like Miguel Agawin, hot on the trail for the best bargain. But we're not. For most of us, it just doesn't pay.

I meet Mr. Agawin at a Shell station on Dupont Street west of Dufferin. It's one in a dying breed of independently owned operations in the city, and one of its troublemakers. Shell boasts gas at 138.5 cents a litre, 0.4 cents less expensive than corporately owned rival Pioneer down the road – and at least two cents cheaper than big gas competitors around the city. Chances are they'll only go up if the Canadian dollar sinks and the Middle East goes south.

For Mr. Agawin, coming to this Shell is more than a rational decision. It's critical to his financial well-being. Yes, the line-ups trickle onto Dupont and people's fuses seem a little short, but he's an Enbridge contractor who has to fill up three times a week on his own dime. "I'm part of the click-and-mortar generation," he explained in front of his old Honda Civic, which he explained apologetically is his second car. "I use Gasbuddy.com."

For other Torontonians, however, the pursuit may not be worth the effort. If you only fill up every 10 days or so, convenience will likely trump a loonie's worth of savings. But in Toronto, where gas prices are not as competitive as they used to be, complacency has consequences: it has actually fuelled the problem.

A study in the works finds that prices in Toronto have risen more than in any other major Canadian city. "They went up a small amount but I can't say yet if they are statistically significant," said Michael Noel, the Texas Tech economist who is writing the study. "What's clear though is that they didn't go down."

In other words, we don't pay more at the pump than say, Montrealers, nor Canadians who live in smaller cities. Our difference is the rate of change. As prices rise everywhere, we all suffer. But Torontonians pay even more because our market is less competitive than it used to be.

An MIT-trained economist who was raised in Oshawa, Dr. Noel has been obsessing over Toronto's pumps for more than a decade. He has written eight papers on our highs and lows and held forth on the GTA's price patterns to audiences in China, Egypt, Israel, New Zealand and Hungary. He has given talks at Ivy League schools. Dr. Noel has always marvelled at the nerve the topic struck when he visits the province during the summer. "Everybody think these prices are the devil," he said.

He decided to go down the deep dark funnel and get to the truth. In the late '90s and early 2000s, he found that GTA prices would spike during the day, then fall incrementally at night, a reflection of what economists call Edgeworth Cycles. That's when a small number of large companies wage price battles over an indistinguishable product for which there isn't much brand loyalty – in this case, gas. (This explains the emergence of enticements such as loyalty cards, convenience stores and car washes.) While the volatility either confused or angered consumers, it actually helped their pocketbooks. The net costs were lower. Many other major Canadian cities such as Montreal or Vancouver have their own version of these cycles.

But Toronto doesn't any more. Dr. Noel concludes that the pump prices have become uniform throughout the day, so there is no cooling off period that relieve overall consumer costs. Collusion has nothing to do with the trend, he stresses. Instead, the big gas companies who dictate prices to the stations have found that marginally lower prices (we're talking fractions on a cent) don't necessarily attract larger crowds. Customers may instead just want to head to the closest station or the one with the convenience store or automated car wash behind it.

Dr. Noel traces the trend back to the fire of an Imperial Oil refinery in Ontario in 2007. The two-hour blaze at Nanticoke led to shortages that affected 75 of the company's 400 Esso gas stations in the province. Supply tightened. Retail prices spiked. When the refinery resumed operations, something unpredictable happened: Stations discovered that lowering their prices had little effect on demand, and firms stopped undercutting each other. The Edgeworth Cycles stopped.

Some gas gurus said the other factors have contributed to what an economist would call "price stickiness." Matt Davison, a professor of applied math at Western University, said there are fewer market fluctuations in general: the critical volatility index, VIX, is hitting seven-year lows. Crude prices are stable. There are so little price variations that there are more rational decisions than sniffing out cheaper gas: less expensive parking spots, better annual insurance rates.

But if it weren't for gas-hounds like Mr. Agawin who vote with their tires, we'd all be paying more. "They play the same role as arbitragers in the financial market," Dr. Davison said. "They keep the market honest. We should all take our hats off to them." 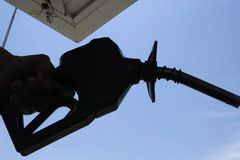 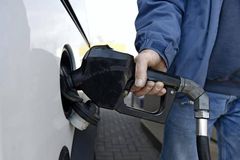 Canadians are demanding when it comes to small cars
May 12, 2018 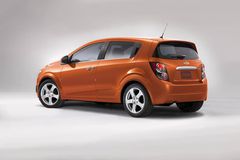 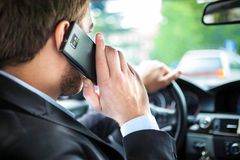 This driver moved downtown, ditched his car and saved thousands
May 12, 2018 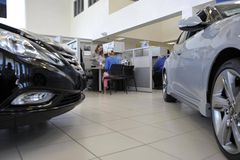