City hall is inviting the public to pitch in and help with one of its biggest potential projects: the downtown relief line. "We're planning the transit we need for the future," says chief planner Jennifer Keesmaat in an upbeat promotional video. "We're getting this right. Come be a part of this conversation."

City planners are fanning out across the city to give presentations about the proposed subway, which would relieve pressure on the crowded Yonge-University and Bloor-Danforth lines by diverting transit traffic into downtown from the east and eventually the west. At the second of four such meetings, at Riverdale Collegiate on Thursday evening, a few dozen concerned citizens turned out to watch a slide show, ask questions and even paste sticky notes on a map to show where they would like relief-line stations to go (or not go).

It is enough to make you think something is actually happening with this unicorn of transit projects, long talked and dreamed about but never appearing to human eyes. But is it? Or is this just another cruel tease that gives false hope to weary commuters?

Torontonians have good reason to be wary. This city has a long tradition of making grand transit plans that come to nothing. The last few crazy years have seen a succession of plans ripped up, revised, delayed or restarted. Look at the fiasco over the Spadina subway extension into York Region, now way behind schedule and over budget.

Things have changed since then. City council switched tacks last year and embraced the Scarborough subway extension, which will use up much of the city's borrowing capacity. Then John Tory ran for election on a whole new concept for relieving crowding on the subways: SmartTrack, which would use existing GO lines to whisk commuters in and out of downtown. He won. Olivia Chow, who championed the relief line, lost.

Mr. Tory insists he still wants to build the relief line eventually, even if SmartTrack comes first. TTC chief executive Andy Byford said after the election that he, too, thinks the relief line is still needed.

Ms. Keesmaat says the city has 25 projects on the books and aims to create a comprehensive transit network. "This is about an and-and-and response," she told me. "We need SmartTrack and we need the relief line."

"All of these projects are important," says the city's director of transportation planning, Tim Laspa. "SmartTrack is important. The relief line is important." In Toronto transit land, every project is special.

The literature the city is handing out at its public meetings says that if SmartTrack relieves some of the pressure on the Yonge subway line, it "may delay the need for the relief line." In effect, the relief line has been pushed down the to-do list.

You wouldn't know that from going to those public meetings on the project. Planners show slides illustrating how the Yonge line is already overcapacity and how things will get worse as ever more offices and residents locate downtown. They show how a relief line is expected to reduce crowding on the King and Queen streetcars and at the Yonge and Bloor subway transfer point. "We've got a very good solution here with the relief line," Mr. Laspa told the Riverdale meeting.

Yes, we do. But will it ever get built? The first question Mr. Laspa faced was: When is the earliest we might see this subway actually running? Eleven to 14 years is the usual answer, though some officials have said 12 to 15 and Mr. Tory said 17 during his election campaign. Another question was: Is it funded? Simple answer: No. Where all the money will come from for all these priority projects remains to be seen.

To be fair to the planners, that's not really their province. Planners plan. They will refine their relief-line plans over the coming months and report back to city council by the end of the year after yet another round of public consultations.

Go and look, by all means. Thinking about what the transit future might look like is better than not thinking about it. Just don't be lured into believing that the relief line is a go. In this city, you can never tell.

Who’s really being ‘ripped off’ in transit planning? Not Scarborough
February 13, 2015 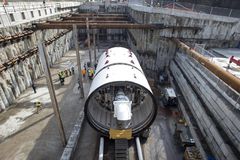 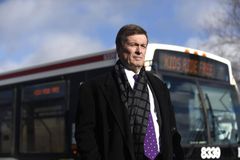 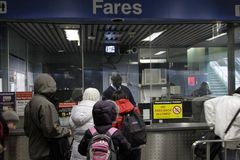