One of the knocks against ride-hailing apps like Uber is that they charge more at peak times, a practice known as surge pricing. In fact, this is one of the ways they are providing better service than traditional taxis.

Under the old taxis-only system, peak times were a problem. Say a thunderstorm broke on a weekday afternoon when people were trying to get home or go out for the evening. Good luck getting a cab. All of them were suddenly gone, snapped up by other people trying to escape the downpour.

The same thing would happen when a late-night concert came to an end or the clubs closed on a Friday night. Those fortunate enough to find a taxi would pay the standard fare, but that didn't mean much when there were no cabs to be had.

Surge pricing helps fix these temporary ride shortages by matching supply with demand. When demand for cabs surges, the price of a ride rises in step. That encourages more Uber drivers to jump in their cars and take to the streets. Unlike many cabbies, Uber drivers are independent operators, often driving their own cars. If they could get no more than the standard price at peak times, they might not bother to go out in a rainstorm or go to the entertainment district at closing time. Surge pricing makes it worth their while.

Uber riders can see the prices when they hail a car and decide whether they want to pay the higher fare or find another way to get where they are going instead. If, say, a group of friends want to get home from a club after a night of drinking, they may decide it's worth paying $50 or $100 for a ride that delivers them safely and promptly. Or they may decide the price is too high and get home another way – by public transit or by waiting longer and finding a traditional cab.

Surge pricing isn't price gouging, any more than it is gouging when hotels charge more on Valentine's day or airlines charge more to get to a Mexican resort around Christmas time and March break. It is a way of providing a service to those who need it and are willing to pay.

This addresses one of the problems that many transportation services suffer. Public-transit buses and streetcars run half empty during the day but are packed at rush hour. Many streets are little travelled during the middle of the day but crammed with cars in the morning and evening rush. Surge pricing helps solve the problem – for hailed cars at least – by keeping cars off the road when they are not needed and putting them on the road when they are in demand.

Taxis can use surge pricing now, just as Uber does. They can offer discounts, too.

As Mayor John Tory notes, some taxi companies may choose to stick with fixed prices and lure customers with that guarantee. Others may experiment with surge pricing. "I am confident the marketplace is going to take care of a variety of offerings for people and people will make their choice," he said on Wednesday.

In other words, actual competition may break out.

Good. It's just another way that ride hailing is shaking up the cab business and making it easier for people to get around town, even in a rainstorm. 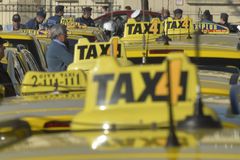 UberX will be allowed to operate legally in Toronto, city council decides
May 3, 2016 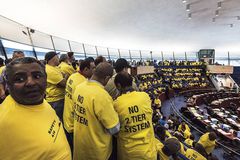 Analysis
Why Uber is the best thing to happen to Toronto’s taxi industry
May 2, 2016 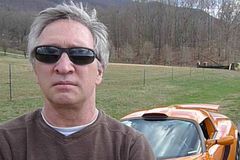