Hours after groups of "black bloc" vandals on Queen Street allegedly forced Toronto police to evacuate two cruisers on the Saturday of the G20 summit last June, the vehicles were still abandoned. Eventually, Toronto police cruiser 3251, and then car 766 were set on fire by onlookers-turned-hoodlums, their actions photographed by bystanders and posted on YouTube.

Even after the vehicles were alight, emergency personnel were absent on that stretch of Queen. Instead, eyewitness photos show riot squad officers nearby on Spadina Avenue, preventing people from walking south. Dozens of people watched the cars engulfed by flames in the middle of downtown Toronto, with nary a police officer impeding their view.

As the calls continue for a public inquiry into the police actions during the summit - over the violence, unprecedented number of arrests and the vandalism - questions also remain about the decision to leave the cruisers unattended.

At a bail hearing last summer, which was not subject to a publication ban, the Crown indicated that undercover officers were on Queen Street photographing the burning of the cars.

In another case, Nicodermo Catenacci, a 41-year-old Windsor resident, will be sentenced Wednesday after he pleaded guilty to arson in the burning of car 766. Evidence presented by the Crown at Mr. Catenacci's sentencing hearing suggested he lit a piece of paper and threw it into the cruiser at about 7:45 p.m., , almost five hours after the black-clad vandals had run along Queen Street and smashed store windows. Car 3251 was set on fire earlier, at about 6 p.m., according to court documents.

The police decision to abandon the cruisers - whether it was made by the Toronto Police Service or the G20's Integrated Security Unit that included the RCMP - needs to be explained through an inquiry, the Canadian Civil Liberties Association says.

"The fires posed a risk to the public," said Graeme Norton, director of the CCLA's public safety project. "Why were they allowed to burn for as long as they did? In the normal course of events, we would expect this to be dealt with very quickly," Mr. Norton observed.

Toronto police spokeswoman Meaghan Gray said the safety of the public and of "the responders themselves" had to be taken into account after the police cars were abandoned. "It was determined to be an inappropriate risk to take," Ms. Gray said.

There are differing views of how great that risk really was, hours after the violence on the street had ended.

Both cars were only a few metres away from Steve's Music Store. "By the time the cars were on fire, the people there were not the ones who started it," said Kevin Parker, general manager of the store.

The vandalism and the fires caused several thousand dollars worth of damage to the store, but Mr. Parker is not critical of police actions. "They were put in a tough position. The summit never should have been held in Toronto," he said.

A number of videos shot by onlookers show dozens of people milling around the two police cars. Nearly everyone has a digital camera to record the event, which included debates among people about whether to damage the cruisers and one individual spray painting "bait car" on the side of car 3251.

"If it wasn't for the cars, they might have attacked the store window," said Leo Liu, manager of EB Games on Queen Street. "They were definitely a distraction."

Mr. Liu saw the initial vandalism of the cruisers, but shut down the store and left before the cars were lit on fire.

Alica Micallef, who was also working on Queen Street that day, said she was not surprised the police abandoned the cars. "Most of the efforts were concentrated downtown, but here, it seemed like there were only four to six police officers and some 300 protesters on the street. I don't think they could have done much else," she said.

"It made no sense for the protesters to destroy the police cars, because our taxpayer dollars paid for those cars."

One of the most famous images is of Kirk Warrington dancing on the top of a cruiser and then starting to strip, as wisps of smoke can be seen coming out of the vehicle. Other videos show Mr. Warrington trying to use the police loudspeaker in the car, and also admonishing and stopping another individual from starting a fire inside cruiser 766.

Mr. Warrington was originally charged with arson, although that was dropped quietly last fall and he now faces only mischief charges.

Toronto police say that three people are still facing trial, accused of damaging car 766 and attempting to attack an officer, early on the Saturday afternoon, causing him to abandon the vehicle. While two people are still charged with arson in the fire of cruiser 3251, there is no allegation before the courts that any officer inside that car was attacked.

Toronto police pored over images and video submitted by the public in the weeks after the summit. In many cases this led to additional criminal charges. In one of the videos though, as Mr. Warrington disrobes on top of the car, a young man who looks to be in his early 20s with short hair, appears to throw an unidentified object into cruiser 3251.

This individual is not a suspect, Ms. Gray said. "The investigative team has seen these [video]clips. Based on its analysis, no charges were laid," she added. The Toronto police spokeswoman squelched another online theory about the clean-cut looking person. "He is not a police officer," she stated.

With reports from Laura Blenkinsop and Tamara Baluja.

Shannon Kari is a freelance writer. 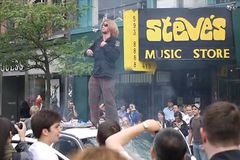 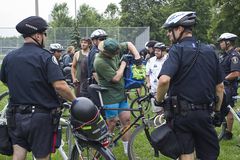 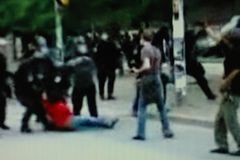 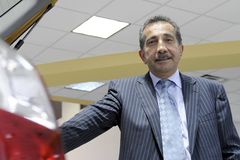 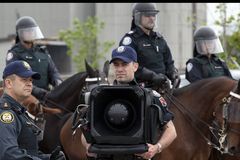